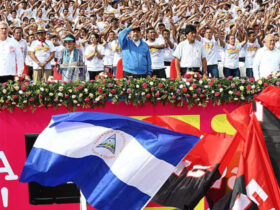 After June 12, 2022, and June 19, 2022, the two days of the French legislative election, the citizens of France voted to reroute the nation’s political trajectory for the first time in over half a decade. This election also indicates the first signs of political instability and a nation’s increasing frustration with its status quo, particularly in the trenches of economic insecurity.

In the five years since current President Emmanuel Macron took office, the economy has been growing at seven percent and unemployment has fallen to 7.4%, the most imbalanced numbers in years. Consequently, economic policy was the center focus of the French presidential campaigns, with both sides of the political spectrum reframing their original platforms to adapt to the wants of voters.

In the presidential election earlier that year, Macron, representing the left, considered raising the retirement age by three years to fund France’s pension system and has since considered revoking the idea because he has been met with swift backlash. On the right, presidential candidate Marine Le Pen repealed her idea to withdraw from the European Union once voters expressed their adamant disapproval. With the economy being the primary focus of the election, as well as immigration and crime, both sides fought to the bitter end, with a run-off declaring that the incumbent Macron won by a comfortable yet lessened margin compared to his previous presidential run; he also became the first French president to win a second term in over 20 years. On the other hand, Le Pen earned the most votes in her party’s history. Le Pen declared her 41% a “stunning victory” and vowed her party was not quitting. Later that year, with the legislative elections, she proved to be right.

In June, the right-wing party, National Rally, spearheaded by Marine Le Pen, won a record number of parliamentary seats. The party dethroned La République En Marche!’s majority in parliament, Emmanual Macron’s left-wing party. Macron’s political future is at stake, as well as his entire party, and the future of France’s politics remains uncertain as Marine Le Pen and her party continue to overtake seats and win over voters.

Who is Marine Le Pen and what is the National Rally?

Marine Le Pen has been the leader of the right-wing National Rally since 2011. Originally led by her father, Jean-Marie Le Pen, the party began as the National Front, and Jean-Marie was frequently accused of antisemitism and xenophobia and was constantly embroiled in some kind of political controversy, including being banned from running for office and being convicted in court for inciting racial hatred. Although the National Front and Jean-Marie were seen as extreme, the party gained traction amongst working-class voters who resonated with Le Pen’s populist preachings and frustrations with economic insecurity and high crime in the country. Jean-Marie’s daughter took over the party in 2011, which later morphed into its current form as the National Rally. Marine softened the explicitly neo-fascist, anti-immigrant appeal and broadened her reach to youth voters. Although National Rally remains very similar to its origin group’s appeal, Marine has redefined its stances on issues like the environment and feminism to cast a more moderate net. She also promised numerous beneficial fiscal policies to students and people under 30, like offering financial assistance to student workers and increasing student housing. Although many critics argue that Marine Le Pen’s reframed stances and promises are factually inaccurate and discriminatory towards minorities, the appeal to youth voters seems to be working.

What does Macron’s and his party’s political future look like?

As of right now, it looks like Macron’s political future relies heavily on compromise. Since his party, En Marche, no longer has a political majority, refusing to compromise could cost Macron his presidency, more seats in parliament for his party, increase resentment amongst French voters, and lead France to “political paralysis.” After the legislative election, Macron, notorious for his stubbornness, spoke out about “[legislating]in a different way” after meeting with opposition party leaders, including Le Pen. He proposed forming government coalitions or voting on bills on case-by-case bases to make sure that his party’s platform goals can still move forward, which Macron says “do not intend to radically change.”

Opposition parties have since stated that forming a coalition will not happen due to fundamental disagreements with Macron and his platform. However, reviewing bills on a case-by-case basis is still being considered, and 44% of the public supports one-by-one negotiations.

As far as Macron’s presidency goes, this parliamentary election may have just put Le Pen “back in the game.” The National Rally has been consistently gaining seats leading up to this most recent upset, and Le Pen came surprisingly close to Macron’s seat earlier this year. The way Macron handles his next presidential term and the parliament’s political fracture might indicate his chances of keeping his presidency and his party under control in government, especially already considering how much of an anomaly incumbency is for French presidents.

What does this mean for France’s political future and its international relations?

Now that En Marche lacks a majority, some of Macron’s reforms, including raising the retirement age, might not be passed. Especially if the French parliament continues with a bill-by-bill approach, this lengthy process might limit how much of Macron’s agenda might even be tackled. Macron’s best hope for compromise is the Republican Party of France, where a few party members share Macron’s fiscal goals.

With France’s domestic stalemate situation, Macron may shift some focus to international affairs, where he possesses more autonomy, possibly helping his presidential appeal and legacy. Additionally, considering that the French president holds considerable influence over European affairs, Macron could continue to make real progress internationally. In his first term, Macron tightened sanctions against Moscow and provided significant financial and military aid to Ukraine while maintaining diplomatic contact with Russia’s Vladimir Putin. He also made a strong push towards “effective multilateralism” that brought European countries together on a recovery plan during the COVID-19 crisis.

Although Macron has never been shy about his intention to be a global diplomatic leader, and even though he may be able to remain strong internationally, his primary focus will remain on French domestic politics. A lot of what Macron will accomplish, how his legacy will be defined, and France’s political future rely primarily on how opposition party leaders choose to cooperate with Macron. Although the odds do not seem to be in his favor, only time really will tell what the French, disillusioned with the status quo, choose for their political future.