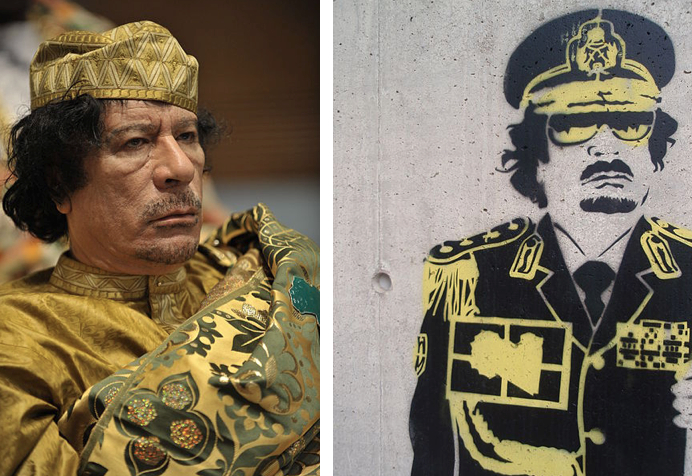 An Autocrat’s Guide for Dummies: How to Build Your Own Cult of Personality

Perhaps no other foreign country currently dominates the US public imagination quite like China. It is often cast in one of a multitude of dimly-lit roles: a pitiable, jealous state of repressed automatons, or a cunning villain, cheating and exploiting the righteous United States out of jobs and power. These impressions form as a response to China’s unnervingly precipitous rise counter to the US on the global stage. In recent years, China’s actions to initiate the Asian Infrastructure Investment Bank, establish the Regional Comprehensive Economic Partnership and claim territory in the South China Sea have undermined the United States’ global hegemony.

A recent Pew Research poll found that only 38% of Americans have a favorable view of China. About 89% of those surveyed were concerned about the loss of US jobs to China, and a similar proportion were troubled by the large holdings of US debt by the Chinese; 85% were concerned with the global environmental impact of the country. Given the widely publicized symbols of Chinese growth in recent years, the numerous news stories on mega-factories such as Foxconn or the dense smog clouds layered over Beijing, these beliefs are not unsubstantiated.

However, the US public seems to exaggerate the information they’re given, and forget the details, leading them to endorse potentially disastrous China-oriented policies. It is vital that these beliefs are corrected. The US should be pushing policies that will empower their country to match the challenge of a rising China, not buying into deceptive perceptions.

Myth #1: China is stealing blue-collar manufacturing jobs from the US

The conversion of the rural population of China into an unmatched labor force for manufacturing rapidly accelerated following their admission into the World Trade Organization in 2001. According to David Autor, an MIT labor economist, the Chinese workforce is responsible for the loss of 1 million manufacturing jobs in the US since 2000. This isn’t a paltry number, yet it pales in comparison with the manufacturing jobs lost due to technological innovations and automation in the United States. A 2015 report from Ball State University explains that only 13.4% of the job losses of the last decade were due to trade, while 87.8% of losses resulted from the automation of factory processes (increased demand offset these factors by 1.2%). This explains that while 5.6 million manufacturing jobs disappeared, the overall manufacturing output of the US grew by 32% between 1998 and 2012.

Automation, and its corresponding productivity gains, does not imply increasing joblessness if the government can implement proactive job re-training and the ensure the right type of education for future generations to work with technology. However, believing that the US can somehow take back jobs which were “stolen” by China is useless, and diverts attention from applying the pressure on policymakers to take the right steps in regards to automation.

Myth #2: The amount of US debt the Chinese own gives them power over our government

As is widely known, the US has a large amount of public debt, now amounting to about 76% of its GDP. Yet what seems to get lost is that about two-thirds of this debt is held domestically, by national institutions such as the Federal Reserve and the Social Security program, and smaller actors like state governments and insurance companies. Of the foreign countries that hold US debt, China, with $1.12 trillion, is no longer the largest holder, and their holdings only amount to roughly 7% of the total US public debt.

In truth, China is not and never was attempting to gain leverage over the US by purchasing its public debt. China, like many countries with non-floating exchange rates, collects and releases sovereign debt holdings as a mechanism to manage the value of their currency. It’s highly unlikely China would threaten to let go of US debt as a coercive tactic. Doing so would ruin China’s careful maintenance of their currency, cause the Chinese renminbi to rise against the dollar and make all Chinese products more expensive in the US.

Nor is it likely that such an action would have a significantly adverse effect on the US due to the dollar’s status as a global reserve currency. Assets denominated in the US dollar enjoy a dependably high global demand by public and private financial institutions, and US Treasury bonds are considered among the safest investments available globally. Case in point, in August of 2015, China sold $185 billion worth of US Treasury bonds, a significant portion of their US debt holdings, and the market demand for these bonds increased as a result.

So, the dangers of the US debt load do not emerge from China; they result from the overall costs of servicing an ever-increasing national debt. According to carefully constructed predictions, the US national debt will expand to 105% of GDP in the next ten years. The interest payments on such a massive debt relative to domestic output will suck alarming amounts of money out of the US economy, and away from necessary investments in human capital. Rather than fretting over individual holders of debt like China, Americans should be questioning how their government plans to manage its debt load for the long-term economic welfare of the US.

This myth emerges from a roughly accurate picture of the environmental effect of China’s industrial surge. While this is not a new feature of industrializing countries, the effects are magnified by the swiftness of China’s conversion to a manufacturing superpower. Air pollution is perhaps the most perceptible of China’s environmental transgressions, and data collected in 2014 by the WHO found the annual mean concentration of particulate matter to be six times the WHO baseline for mitigating health impacts. The main culprit for this pollution is China’s unhealthy reliance on coal; it consumes approximately as much as the rest of the world combined. Worse, many of China’s coal burning facilities in operation are deemed subcritical, releasing dangerous amounts of greenhouse gases and particulate matter. For scale, China released twice as many CO2 emissions as the United States in 2015.

However, the US public is misguided in believing that China completely disregards the environment and its people’s health for economic gain, and that to compete the US must forego its own environmental obligations. In fact, China is outspending the US on investment in renewable energy, by $103 billion to $44 billion in 2015, and China’s investments make up over a third of the entire global amount in this category. The most promising of its environmental proposals are those conducted in concert with the US, agreements that will cap China’s greenhouse gas emissions and increase non-fossil fuel energy usage to 20% of total consumption by 2030. The US public must understand and embrace China’s growing dedication to addressing the issues of air pollution and climate change for the two countries to progress together. Falling back on accusation and regressive energy policy will only erase the US’s role in developing the global program for renewable energy and environmental restoration.

Rewriting the US Narrative on China

China is not a shameless villain, financially “cheating” the US and ignoring the global environment, nor is it an amiable player satisfied with taking a backseat to the US. It is a smart global competitor securing greater resources for education, innovation and influence, preparing to challenge the US’s position atop the global power structure. They have already shown their prowess in coordinating global financial and trade organizations, and they are pouring money into the foundation of a knowledge-based economy, centered in China. The answer to such a challenge should not be a shallow scapegoating of the other country to flatter American sentiments, but a fully concerted effort to enhance the US labor force, exercise macroeconomic foresight, and lead the world on fighting climate change. Otherwise, those who will have truly cheated the US public are its own leaders – fueling deceptive misconceptions and refusing to serve the real interests of the people.

Cyrus Khandalavala is a sophomore at USC majoring in International Relations and the Global Economy. His academic interests include development theory, international finance, and institutional reform, as well as medical and economic anthropology. Cyrus’ overall aim is to write thoughtfully and comprehensively about globally-entangled issues, in order to convey distinct understandings and advocate for those who are flattened by the dominant field of view. Outside of his major, Cyrus is still a huge nerd and enjoys reading depressing Russian novels, studying the make-up of Los Angeles, and being too academic about music and stand-up comedy.