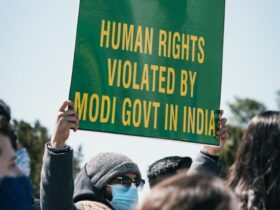 LOS ANGELES — While the rest of the world still prohibits mass gatherings amid the COVID-19 pandemic, China hosted a national commendation conference on February 25 to celebrate a recent achievement: “eradicating” extreme poverty. President Xi Jinping hailed this achievement as a “miracle” that will “go down in history.” Gathering representatives from provinces across the country, the president presented rewards to individuals and “model communities,” while commemorating the loss of lives of over 1,800 workers for poverty alleviation.

A quick skim through the numbers illustrates what China claims to have accomplished. According to a BBC report, China had nearly 90 million below the poverty line in 2012, but that number was reduced to 7.2 million in 2016. President Xi’s ambitious goal of lifting 100 million people out of poverty when he assumed office in 2012, though slightly exaggerated, is in line with this sharp decline. Since 1990, China alone is responsible for eliminating more than 700 million out of poverty in 30 years, which accounts for over 60% of the global poverty population.

The numbers sound convincing. However, as China Global Television Network (CGTN), the Chinese Communist Party’s state-owned international media network, stated in the article: “China’s fighting poverty, so why are the media so skeptical?,” the online debate surrounding China’s poverty fight is just as heated as its award ceremony.

One major critique states that China intentionally set the poverty bar too low. Critics argue that China’s adoption of the $2.30 per day threshold, which the Chinese government argues to be a modified version of the 2011 United Nations poverty line of $1.90 per day tailored to its current economic growth, is vastly outdated. China has been among the world’s fastest-growing economies and, according to the World Bank’s widely quoted phrase, is “the fastest sustained expansion by a major economy in history.” It should then adopt the $5.50 upper-middle-income poverty line for its data to be comparable. By intentionally adopting a poverty line that does not reflect the nation’s current status, according to international analysts, China is essentially politicizing poverty to use it as a propaganda mechanism.

The income gap, another point-of-attack by critics, complicates the situation further. This significant income gap, though slowly improving over the years, is partially because of China’s rapidly developing economy. While actors buy hundreds of millions of dollars worth of luxury air villa mansions, farmers can be found living in leaking houses made of “rain-weakened mud-brick walls” and muddy roof timbers before governmental relocations. Many argue that this artificial eradication of extreme poverty only means barely lifting them over the line. In a way, however, this explains the $2.30 poverty line. While individuals by no means can live on that amount in large cities like Shanghai, Beijing, or Guangdong, people in rural areas can start their own businesses through piggybacking on increased income, government loans and improved infrastructure.

There are many other criticisms related to these claims, such as arguments on how Chinese bureaucrats lie about data just to fulfill their goals, on how the central government essentially tosses out loans and grants, and on China’s inefficiency and unsustainability in the allocation of resources. However, what is more important is not what China announced to the world, but how and when China did it. These intentional choices gradually reveal how China is working to improve its reputation in the international arena and its ambitions of standing its own ground as equals to the United States.

China framed poverty alleviation to be a group effort under Chinese Community Party (CCP) tactics. Although government strategies are comprehensive and encompassing, China would not have been able to achieve this goal if not for team work. It focuses on the marriage of individual efforts of rural villagers who are experiencing poverty and urban cadres who are sent on the mission to alleviate that poverty. This internal cooperation between coastal Eastern China and sandy Western China is highlighted by mainstream CCP rhetoric, which states that poverty reduction follows the ancient proverb of “teach a man to fish and you feed him for a lifetime.” (授人以鱼不如授人以渔) Reports steer any attention on specific poverty alleviation tactics to the government’s focus on regionally-tailored business and the proliferation of e-commerce, and to selfless donations by major corporations to fund basic infrastructure and education. The spirit of collectivity and collaboration is bolded and underlined.

The time of announcement is also no coincidence as the government was particular in building up a major mass media presence. Min’Ning Town, a TV series from the new mandated genre of fupinjv (poverty alleviation dramas), finished on-set shooting on October 25, 2020. It tells the real-life story of villagers from Ningxia, Gansu, which is historically one of the poorest Chinese provinces, who migrated and built a prosperous Minning Town from scratch in the 1990s. As China declared victory on November 23, the series was forced to rush its post-production to meet the deadline. First aired on January 12, on major broadcasting channels in mainland China, the series concluded itself precisely a month before the national commencement meeting. The series proved an unlikely hit with viewers, domestic and international alike, as it did not sugar-coat challenges along the way of poverty alleviation. This rough timeline for just one TV series is evident for China’s efforts in trying to prequel its official announcement and awarding ceremony and to shape its poverty reduction methods through TV series and mass media.

The framing and timing of this announcement delivers a message beyond China’s success in alleviating poverty; it is trying to offer an alternative to the U.S. hegemony. This argument is delivered in two folds.

China seeks to frame itself as collective and united while the United States becomes increasingly polarized. China’s mainstream rhetoric is juxtaposed with U.S. domestic issues. Ranging from the surge in hate crimes against Asian Americans, to increasing political polarization, to civil uproars demanding justice for victims of police violence, recent news marks a nation that is deeply divided. Therefore, China is deliberately trying to strike a contrast between its internal cooperation and the United States’ domestic problems by framing this success in alleviating poverty as the people’s group effort.

China’s ability to hold massive in-person gatherings is also indirectly mocking the U.S. incompetency in managing the pandemic. When the rest of the world is still struggling through the pandemic, China, hit first and hard by COVID, is able to solve the poverty crisis that has troubled the world for decades.

The World Bank concludes that “[they’re] pretty sure China’s eradication of absolute poverty in rural areas has been successful,” and, even as a first step, China has shown the world how serious it is when dealing with collective welfare of the country. But, undeniably, the alleviation of poverty is politicized and turned into a major propaganda campaign aimed directly at the U.S. political hegemony. It should come as no surprise that it is then perceived as a threat by the U.S. government since its economy is barely, if at all, recovering from the COVID hit.

Tingying, known to friends as Talia, is a junior double majoring in International Relations and
Communication. She is from Beijing, but her experience of living and studying in five countries gifted her
a unique multicultural perspective in an increasingly globalized world. She is a research assistant for the
Near Crisis Project on campus and has also interned at Asia Society Southern California, a non-profit
organization aimed to bridge the East and West. Outside of academic settings, Talia is also a dedicated
documentary watcher, amateur cook, and enthusiastic traveler. She’s particularly interested in U.S.-Asian
relationships, cybersecurity, and climate change.