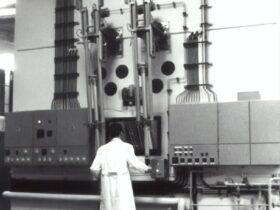 How Iran Acquiring Nuclear Weapons May Benefit the Middle East

In late May, Putin and Xi Jinping signed a massive 400 billion dollar natural gas deal in Shanghai. For the next thirty years, new pipelines will pump trillions of cubic feet of natural gas from Russia’s Gazprom, the world’s largest natural gas extractor, to the China National Petroleum Company (CNPC). While the agreement certainly comes at a critical time for Putin strategically as he counters US and EU sanctions, it is representative of a larger global trend: an economic, political and defensive shift toward the East.

Putin has been pushing for an energy deal with China for nearly ten years, and rightfully so. China, and Asia more broadly, has a vast market for oil and natural gas with its megacities and booming economy. The deal between Gazprom and CNPC gives Russia a foot in the door of this profitable energy market. Providing up to 20% of China’s natural gas needs, the deal finally solidifies the Sino-Russian alliance that Putin has been advertising. What’s more, the two countries will be paying with their own currencies, the ruble and yuan, completely bypassing the American dollar, which is traditionally used in energy transactions. Although the dollar has long been the international reserve currency of choice, Russia’s VTB and the Bank of China’s decision to trade in domestic currencies stresses the exclusivity of the Eurasian trade deal; the US is not welcome. Although this alone does not significantly destabilize the petrodollar, it certainly undermines American relevance in the deal and indicates Putin’s increasing focus on relations with Asia.

Putin’s meeting with Xi Jinping also comes on the heels of Obama’s four-country Asia tour in April. After a canceled trip to Asia during the October government shutdown, Obama’s tour demonstrates the president’s desire to make good on his foreign policy goal to “pivot to Asia.” In his visit to Japan, South Korea, Malaysia and the Philippines, Obama focused on strengthening economic and military relationships. The trip resulted in increased numbers of American military personnel and equipment stationed in the region; yet, thus far, Obama’s plans for future economic partnerships have not been realized.

Neither the Malaysian nor Japanese leadership approved Obama’s Trans-Pacific Partnership (TPP) to increase connectivity between the Asian and American economies. Despite domestic backlash from Democratic Senators and Congressmen, Obama has continually pushed for more economic cooperation across the Pacific. Obama, like Putin, hopes to benefit from the expanding Asian markets; the TPP would eliminate tariffs between the US and several Latin American and Asian states. According to Don Emmerson, a political scientist at Stanford, “Americans cannot afford to deny themselves…the opportunities for trade and investment” present in Asia, but Asian leaders, however, seem less enthusiastic. In Japan, Abe refused to join the partnership due to the protected five sacred areas of Japanese agriculture. In Malaysia, political “sensitivities” and economic concerns also halted progress. The TPP has major implications for American and Asian economies (Japan is America’s biggest trading partner in Asia aside from China). Thus, although no agreement was reached during the tour, the American, Japanese and Malaysian leaders promised to continue negotiations. These promises give President Obama a glimmer of hope that soon the Asian governments will be more receptive to the partnership. It should be Obama’s mission, then, to adjust the TPP to be more beneficial for all states involved, especially those with heavily protected domestic industries.

TPP negotiations were also designed to reestablish American’s military presence in East Asia. The US military will continue to maintain operational control of the Demilitarized Zone between North and South Korea. This agreement gives the US command of South Korean troops in the event of war with North Korea. In Japan, Obama reassured Prime Minister Shinzo Abe that the Senkaku Islands (or the Diaoyu Islands, as they are known in China) would fall under American protection in the case of a threat. These uninhabited islands have long been disputed by Japan and China, who both claim ownership of them. Obama’s declaration of support for Japan’s sovereignty in the maritime dispute is a signal of disapproval to China, whose military actions in the East and South China Seas concern many Asian states. As expected, China was not pleased by Obama’s remarks.

Obama’s actions in the Philippines were also bad news for China. The United States and the Philippines, which has experienced their own territorial disputes with China, responded with a 10-year defense treaty, the first since the 1990s. The treaty again serves as a counterweight to China. Yet, none of Obama’s military agreements should come as a surprise considering the staggering growth of China’s military budget. In 2014, China plans to spend $132 billion on defense, a 12.2% increase from 2013 – although most critics agree that the real number is significantly higher.

These figures make China impossible to ignore. Combine the country’s military expansion with its rapidly growing GNP and it becomes one of the greatest forces in the world today. China’s enormity and consequent impact on its neighbors, from Japan to the Philippines to Russia, have forced other world powers to readjust. Putin and Obama have played their hands, each trying to get ahead in the Asia-Pacific. Putin’s natural gas deal has created a buffer for conflicts in Europe and Obama’s efforts to increase economic cooperation and American military presence in Asia also indicate increased interest in Asia. It remains to be seen how other world leaders will react to the growing relevance of East Asia in global issues.

In early May, European Union (EU) leaders met with Shinzo Abe to reaffirm their positive relationship. At the meeting, the leaders discussed further economic and political ties, although no specific agreements were signed. The leaders of the EU and the Association of Southeast Asian Nations (ASEAN) will also hold a summit in October. Will Europe, like Russia, turn to China, Asia’s largest power, or invest in ties with other East Asian nations alongside President Obama? Regardless, it is clear that the “turn to Asia” is a legitimate and global phenomenon.