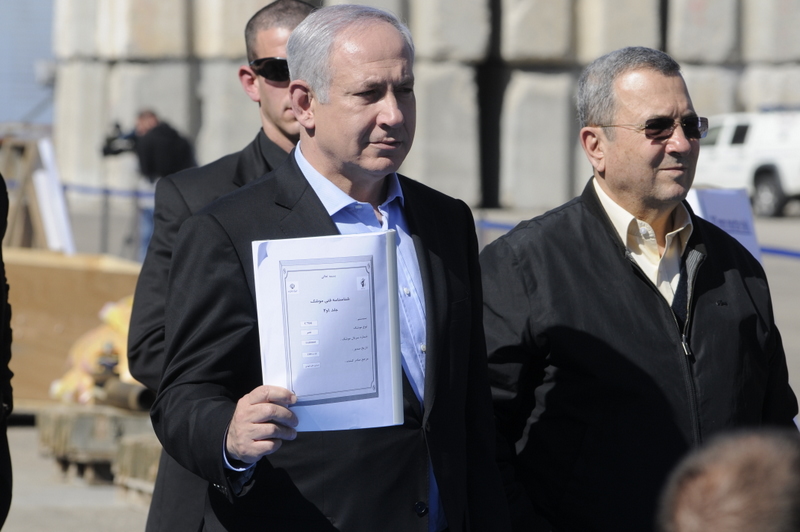 How Will the Iranian Negotiations Pressure Netanyahu on Gaza?

On September 26th, Chile, Colombia, Peru, Argentina, Paraguay, and Canada, all signed a joint letter to the International Criminal Court (ICC) to launch an investigation against Venezuela for alleged crimes against humanity. This united effort is momentous not only because it is the first time in history outside entities have officially requested the ICC to do this, but also because within the region, Latin American leaders have usually avoided open criticism of other nations. Additionally, in late September, the United States imposed sanctions on three members of Maduro’s inner circle and family in order to force him to lessen his grip on Venezuela’s government and military. Venezuela’s government now faces the possibility of being fully exposed to the international community and cannot escape the consequences if found guilty by the ICC. Venezuela’s future, especially that of its citizens, may just depend on the course of this investigation and subsequent actions committed to punishing the government for its alleged crimes.

Dating back to 2014, the Venezuelan government’s alleged crimes include the capricious detainment of anti-government protesters and political opponents, torture, and more than 8000 extrajudicial murders. According to Jose Miguel Vivanco, head of the Americas division at Human Rights Watch, in a statement to NPR, “Our research shows that the abuses in Venezuela were not isolated, nor were they the result of excesses by rogue security forces members.”

This evidence demonstrates the fact that Venezuela’s political abuses are not caused by rogue opposing groups. Rather, President Maduro has concentrated power within the executive branch and is executing his own control to silence the opposition, effectively transforming Venezuela from the democracy it once was to a dictatorship. This transition is evident by President Maduro’s actions to counter opposition groups, which have also included eliminating freedom of speech and independent media, therefore eradicating the basic civil liberties of Venezuelans. Citizens do not have the freedom to voice their opinions or actively fight to change what they disagree with in the Maduro administration. They face the fear of cruel violence at the hands of the government, which was originally meant to protect and fight for their rights as a true democracy is supposed to.

Venezuela Has Failed in Rectifying its Current Economic Crisis

Aside from the political turmoil, Venezuela’s president has not effectively solved the economic issues that have crippled the Venezuelans since 2010 such as food shortages, increasing homelessness, and inflation. President Maduro and his government have attempted to fix the problem, but simply introducing more money into the banks to increase currency flow and strengthen the bolivar and reducing prices that have forced domestic industries out of business have only worsened the economic status of the country as well as devalued the currency.

Furthermore, Venezuela’s failure to diversify in making products for other industries by continuing to be solely dependent on oil as the main export commodity has made it difficult to purchase imported goods, thus producing more trouble for the economy. The socialist government, in an attempt to help the poor by reducing prices and increasing wages, has in fact created the opposite effect: their efforts in trying to transform and progress Venezuela has resulted in an even more critical situation for Venezuelans.

As a result of these abuses by the government and the current economic turmoil, millions of Venezuelans have fled to seek better opportunity and lives in other countries. The resulting refugee crisis has not only affected Venezuela, but has also overwhelmed neighboring countries, with the United Nations estimating that as many as 1.8 million men, women, and children will migrate this year, adding to the 1.6 million Venezuelans that have emigrated since 2015.

Millions of Venezuelans are displaced from their homes, and hundreds of thousands more are forced to migrate to not only neighboring countries, such as Chile, Colombia, and Brazil, but countries outside of the continent such as Spain and the United States.

Although Venezuela’s neighbors have an open-door policy, the unprecedented exodus of Venezuelans has burdened communities of its neighboring countries, as the majority of migrants have poor health and little savings. Reports show an increase in crime and strain in public programs in these neighboring regions, making it evident that Venezuela’s crisis is an external rather than internal threat.

The existence of this regional threat contributed greatly to the joint statement to the ICC, in which the ICC’s prosecutor, Fatou Bensouda, has been asked to investigate possible crimes involving human rights abuses committed since 2014. In February, Bensouda stated that her office had already started a “preliminary examination” into Venezuela’s alleged crimes, initiating steps into a possible formal investigation.

What Power does the ICC Have?

In recent years, the Venezuelan crisis has garnered more international attention, but no official action had been made to tackle the issue until now. Even though an official investigation has not been launched by the ICC yet, the fact that not only Canada but also neighboring South American countries have all formally denounced Venezuela and its actions show a momentous shift in the foreign attitudes towards the crisis.

Now that Venezuela’s problem is increasingly viewed as more than just an internal threat and its allegations of crimes against humanity are open to inspection, the government is finally subject to direct international pressure and authority. Since Venezuela is a member of the ICC and is subject to the jurisdiction of the ICC for any crimes defined under the ICC’s Rome Statute, Venezuela cannot deflect international investigations, and its government must be prepared to face any consequences.

Even if the ICC is to convict President Maduro and his colleagues, there still remain questions as to how Venezuela will set up a new government and progress from its turmoil. Even if the present government is removed, Venezuela would have to start with a new system to have a thriving economy and alleviation of its income disparity. Venezuela is faced then with a major decision: whether to continue its socialist government under a new leader or adopt capitalist policies such as regulating prices at appropriate levels to support its own domestic industries and promoting pro-business policies that champion the private sector over strict nationalization of industries. Furthermore, given Venezuela’s political and economic ties to other countries, the international community cannot ignore what will happen to Venezuela. With all of these factors, the future of Venezuelans relies on whether the government can undergo a fruitful rebirth and whether the international community can work together to provide aid to a society on the brink of collapse.