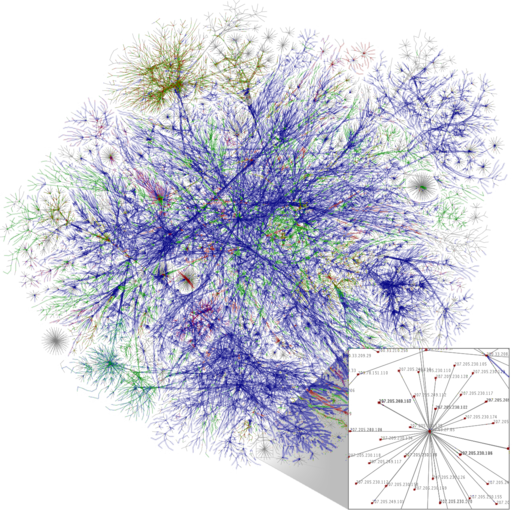 By: Cameron Levine and Eleanor Savas

After more than a year of negotiations, the United States Mexico Canada Agreement (USMCA) went into effect on July 1, 2020. Earlier last summer, while President Donald Trump moved quickly to replace the North American Free Trade Agreement (NAFTA) with the USMCA, his opponents were eager to criticize this as a shift towards protectionism. In practice, both NAFTA and its successor, the USMCA, are hard to reconcile with the United States’ traditionally conservative and liberal alignments.

Those with more left-leaning views denounced the end of NAFTA, as it signaled a shift away from free trade policies. Support in favor of free trade is tied to a desire to remove barriers to movement amongst member states, whether it be for goods or people. It is precisely this free movement, however, that is detrimental to smallholder (subsistence) farms in Mexico.

On the other hand, the right moved to replace NAFTA, claiming that the adverse effects outweighed any benefits of free trade. These same individuals have been simultaneously lobbying for tighter immigration control from Mexico to the United States, yet it is these very policies which have continued under the USMCA which have pushed people to immigrate in the first place. A large portion of these immigrants are smallholder farmers left with no option but to abandon their plots in search of new employment .

The Flip Side of Subsidies

Both NAFTA and the USMCA attempt to promote free trade through a restriction on tariffs. However, this agreement does not place a limit on subsidies that national governments can provide within their own borders.

Subsidies under both agreements were intended to support domestic agriculture. However, with the continued limitation on tariffs, Mexican farmers have been left vulnerable to the increased productivity of subsidized American commercial farming. Whereas a Mexican farmer would have to sell their product at a high price to profit, the same product can now be imported and sold at a lower price from subsidized American farms. To the Mexican consumer, an item of produce is the same whether it is from the United States or Mexico, so they naturally will choose the cheaper option, resulting in lost income for Mexican farmers. Therefore, though the USMCA has attempted to remedy the faults of NAFTA in certain aspects, the component of NAFTA that was most detrimental to Mexican farmers in particular has remained a problem under the new USMCA.

Government subsidies are not the only factor causing the price disparity between American and Mexican produce. The differing agricultural systems and resulting resource inequalities between commercial farms in the United States and smallholder farms in Mexico only serve to exacerbate this problem. Understanding the differences between two systems with the same end product is essential to comprehending our call to help smallholders.

Commercial farms often span hundreds of acres and grow a single crop for industrial use at a wide profit margin. And while a commercial farmer may never eat their own crops, a smallholder farmer depends on their harvests for their livelihood. Smallholders typically grow a small amount of a wide variety of crops, only selling excess harvests after their family’s needs are met.

When smallholder farms are placed in global political systems, the negative consequences of political agreements are compounded by pre-existing inequities. Unfortunately, with the agreement’s negotiations, these negative consequences were often ignored or unforeseen from the start. NAFTA was embraced as a method of economic integration meant to elevate wages in Mexico to the levels that were seen in the United States and Canada.

However, the removal of protective tariffs resulted in previously unseen competition between domestic farmers in Mexico and commercial farming both in Mexico and in the United States. Smallholder farmers have since struggled to compete, and the unemployment rate among family farms in Mexico increased sharply. Since 1991, the number of people employed in family farming in Mexico has decreased by more than 58%. This massive job loss that may continue under the USMCA could be prevented with satellites.

Satellite imagery, commonly referred to as remote sensing, presents a way to ensure the livelihoods of smallholder farms under the USMCA. While satellites provide countless benefits to farmers, the three benefits that will make them resilient to the negative consequences of the USMCA are the following: (1) the global coverage of satellite imagery, (2) the detection of crop properties and (3) the ability to secure farming insurance.

Satellites scan every corner of the globe, providing researchers with limitless information about agricultural production. Prior to satellites, researchers would have to visit remote study sites to collect data by hand on agricultural-ecological metrics. This often involved a length and costly process of collecting ecological samples to be analyzed in a lab. Accessing these remote locations is often difficult given the lack of infrastructure to reach rural areas. With satellite imagery, data collection is no longer dependent on the quality, or more often paucity, of transportation infrastructure.

With this abundance of data, researchers are able to use satellite imagery to detect properties of plants invisible to the naked eye. Biophysical differences between crops like nutrient deficiencies, water stress, or chlorophyll content, can only be detected in the infrared spectrum. Unlike humans, satellites collect imagery in the infrared spectrum to “see” these differences. Using this data, researchers are able to map agricultural metrics that allow farmers to assess the “invisible” crop stresses of their farm. With this data, farmers can detect the specific parts of their farms that need expensive inputs like fertilizer or pesticides. By more efficiently allotting these inputs, smallholders save money enabling them to price their goods competitively and compete with subsidized farms.

Since the USMCA’s recent ratification, the damage that has resulted has already started to resemble that of NAFTA. The very same subsidies that were detrimental to smallholder farms have continued under this new agreement. However, advances in satellite imagery have the potential to play a key role in saving smallholders farmers’ income by informing efficient resource allocation and securing agricultural insurance. Unfortunately, this data is a valuable resource currently accessible only to commercial farms.

Despite this current imbalance, in the near future smallholder farmers will be able to access the benefits of satellite imagery as easily as the American consumer can purchase Mexican produce.

This article was written by Glimpse from the Globe’s guest contributing authors.