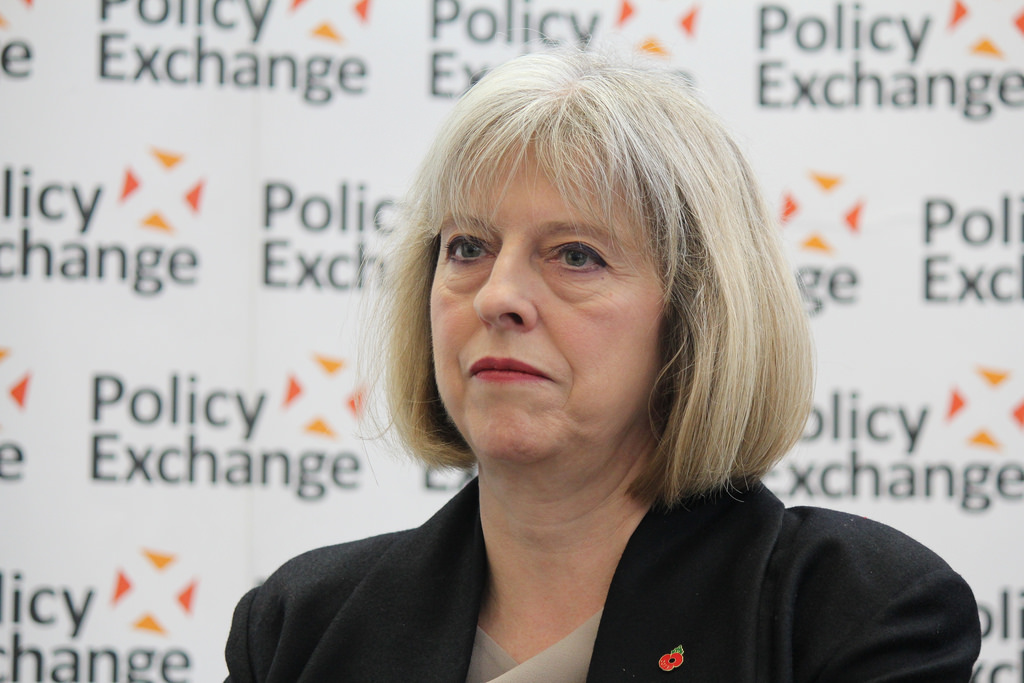 LOS ANGELES — For the last few months, Nayib Bukele, El Salvador and Latin America’s first millennial president, has been stepping into the future with what has arguably become his technology generation’s most buzz-worthy investment tool: cryptocurrency. In June 2021, the Salvadoran Congress approved an unprecedented “Ley Bitcoin.” A few months later, on Bitcoin Day, Sept. 7, the policy took effect and turned El Salvador into the first country to adopt bitcoin as legal tender.

Bukele’s most recent purchase of 150 bitcoins follows the same “dip buying” pattern as his Oct. 27 acquisition of 420 bitcoins, valued then at approximately $25.6 million. The announcement of a so-called “bitcoin city” in late November has also drawn international attention. These moves seem reliable indicators that the country’s leader is doubling down on his bitcoin promises. The question remains: how did we get here? El Salvador’s rapid transition in the last three years under the Bukele administration paints a more complete picture of why many more nations in the Global South may soon become testing sites for bitcoin implementation.

Traditional models of Latin American economic development likely would not have predicted El Salvador to lead the region in cryptocurrency integration. The smallest and most densely populated country in Central America has endured decades of political and economic instability, exacerbated by a civil war that ended in 1992 and ongoing gang-related violence.

When Nayib Bukele stepped onto the national political scene as a candidate for the 2019 Salvadoran Presidential Election, an unpopular two-party system had dominated El Salvador’s government for nearly 30 years. Bukele’s historic win as the GANA party candidate was largely thanks to a model populist campaign that branded him as the “people’s president” who could break from the government corruption often attributed to ARENA and FMLN, El Salvador’s two major political parties.

“He knows very well how to read what the masses, not just one individual person, is asking for in every moment, and he is very active in trying to fulfill those demands,” said Salvadoran Congressman Romeo Auerbach, resident of the town where Nayib had formerly been mayor, in an interview with Glimpse from the Globe.

The political acumen that propelled him into office has also produced remarkably high approval ratings in spite of international allegations of authoritarian tendencies. In his brief term thus far, the Salvadoran president has already utilized military intimidation in the Legislative Assembly, created a new political party with majorities in all branches of government and overseen the court’s overturn of a ban on presidential reelection, making Nayib eligible for reelection in 2024.

Critics, ranging from municipal Salvadoran politicians to international news outlets, have pointed to this behavior in justifying their claims that El Salvador’s enigmatic leader is simply a dictator.  Bukele has often responded to criticism mockingly, with his most recent Twitter profile update altering his self-given title of “El Salvador’s Emperor” to “CEO of El Salvador.”

It is in this political climate of nearly 90% domestic approval ratings and international repudiation that Nayib Bukele has spearheaded bitcoin’s adoption in El Salvador. The official national crypto wallet — an aptly-named “Chivo” Wallet — was rolled out on Bitcoin Day, alongside hundreds of ATMS capable of converting US dollars to bitcoins. Fifty of these commission-free Chivo ATMs are located in American cities including Atlanta, Los Angeles and Chicago. Bukele has emphasized the importance of the U.S.-located ATMs in what is anticipated to be a major bitcoin market: remittances.

Remittances are money transfers sent from a person abroad, often in a higher-income country, back to family in their homeland for the purposes of bolstering household income. In El Salvador, remittances constitute 23% of the nation’s GDP. Bukele claims cryptocurrency transfers will avoid millions of dollars lost to intermediaries like Western Union and Moneygram in transaction fees due to Chivo Wallet’s free transactions. Auerbach, who is also a member of the Legislative Assembly’s Finance Committee, asserts that, of the $6 billion in remittances sent to El Salvador last year, $500 million would have reached individuals instead of money transfer companies had bitcoin been an option.

“This is one reason why bank owners have criticized the president,” says Auerbach. “He is interfering with a powerful group that is losing hundreds of millions of dollars — money that is instead going to the Salvadoran people’s consumption.”

In fact, bitcoin appears to be the new currency alternative for countries whose economies heavily depend on remittances — especially those with rocky relationships to the funds’ nations of origin. In August, Cuba became the second country after El Salvador to approve bitcoin as legal tender. This has widely been perceived as a response to increasingly aggressive sanctions and efforts by Cubans and Cuban-Americans alike to get money into and out of the country. Bitcoin as legal tender promises the Banco Central de Cuba a method to circumvent the U.S. embargo and achieve the financial freedom that cryptocurrency has touted since its inception.

El Salvador’s relationship with the United States appears to be moving in a similarly tense direction. Bukele’s Nuevas Ideas party has muddied U.S-Salvadoran relations, and the president’s Twitter fights with U.S. representative Norma Torres have often turned bitter and personal. Torres has previously spearheaded legislation to cut foreign assistance and utilize sanctions against officials in Northern Triangle countries who are perceived as undermining democratic norms, and Auerbach claims that the switch to cryptocurrency will serve to circumvent further measures, saying “[w]ith something like bitcoin, you can’t tax or restrict it.”

Of course, while cryptocurrency may present some lofty promises, its implementation has not been without pitfalls. On Sept. 15, thousands of Salvadorans took to the streets of the nation’s capital to protest the cryptocurrency law, claiming the new financial policy is under regulated, unstable and a danger to individuals’ financial security.

Chivo Wallet boosted the percentage of the Salvadoran population with bank accounts by 17%, but technical glitches and risks of theft have marred the application’s adoption since it launched. Crisostal, a nonprofit organization based out of Central America, is currently filing a collective suit of 1,000 identity theft complaints and demanding greater digital information protection for individuals. Major news outlets have chalked these shortcomings up to the government’s rushed adoption, citing the president’s vetoing of a personal data protection law in May as evidence that the digital currency lacks specific and adequate regulation.

Additionally, the volatile nature of bitcoin has caused concern about its usefulness in a nation where overcoming poverty and food insecurity remain top priorities. While Auerbach sees fluctuation as an investment opportunity that will stimulate economic growth both domestically and abroad, many — including the IMF, which has issued a recommendation against bitcoin’s use as legal tender — remain skeptical of cryptocurrency’s ability to provide stable, reliable growth for the Salvadoran people.

“In order for Bitcoin to actually become a legal tender that is functioning, that can actually satisfy the necessities of a population as a currency then it has to hold its value,” said Leonor Selva, executive director of National Association of Private Enterprise in an interview with the Americas Society. For example, Selva discussed the possibility of market dips diminishing the amount of money one receives compared to the amount originally sent.

So, here El Salvador stands — just three months since its historic gamble, with bitcoin’s success still largely up for debate. While the cryptocurrency hit a record high earlier this year, Bukele is still awaiting a $1 billion loan from the IMF that may never arrive. The nation is navigating what could largely be described as an experiment in the future of economic soft power. If the correlation between democratic backsliding and tense foreign relations is any predictor for adopting cryptocurrency into national financial policy, other Latin American countries, whose decision-making capabilities have long been shaped by their dependence on international trade and finance chains dominated by the US dollar, may begin to look towards El Salvador as models for their own development.

From Jair Bolsonaro to Daniel Ortega, the Latin American political scene is creeping toward a more populist and authoritarian landscape and away from a truly democratic one. If that were not enough cause for concern, democratic backsliding that was once possible to curb through sanctions, embargoes, and asset freezing may spiral out of control as leaders realize the innovative potential of investment into decentralized money supplies. Power grabs and cryptocurrency seem to be forming a symbiotic relationship  — and bitcoin may hinder anyone’s ability to stop it.

Brigitte Rodriguez is a senior double majoring in Contemporary Latino & Latin American Studies and Political Science. She is from Los Angeles and passionate about how governments operate to shape people’s lives, which has driven her participation in research in both the Political Science department and the Gould School of Law. Brigitte works as a Student Ambassador in the USC Admission Center and, in the past, has interned with Hispanas Organized for Political Equality, the Family Violence Division of the LA District Attorney’s Office, and the Central American Resource Center. She enjoys podcasts, plants, and good urban planning. 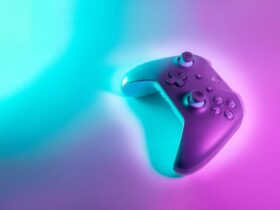 The United States Needs to Strengthen Trust in the Internet