How America Killed the Train: U.S. Transportation is Woefully Behind the Rest of the World

LOS ANGELES — In the pre-pandemic era, over 311,000 people per year made the treacherous journey from the Northern Triangle to the United States. Despite the risks, migration from the Northern Triangle, composed of El Salvador, Guatemala and Honduras, to the United States has significantly increased in recent years due to a variety of issues in the region, ranging from gang violence to environmental disasters. These issues have worsened during the pandemic.

Lockdowns and other restrictions have only exacerbated violence against women and poverty. While countries in the Northern Triangle and the United States have taken steps to tackle these issues and limit migration, they have been largely unsuccessful.

The pervasive gang violence that plagues the Northern Triangle is one of the main reasons that compels so many migrants to leave their homes. A history of political instability and the transnational drug trade, fueled by the United States which is the leading consumer of illegal drugs, has led to the high amounts of gang violence in the area. According to a report by the  Congressional Research Service, gangs such as the Mara Salvatrucha (MS-13) and the 18th Street gang (M-18), engage in violence when competing with other gangs for territory to control the drug trade. Connections between local law enforcement  and gangs have led to high levels of impunity and allow violence to continue unpunished within the region.

Gang violence also contributes to gender-based violence.  A United Nations High Commissioner for Refugees (UNHCR) report interviewed women who fled from the Northern Triangle and found that 64% of them stated that threats or attacks against them from criminal groups was one of the main reasons for migrating.

Violence against women not only occurs due to gangs but also as a result of threats within their own homes. Many women in the UNHCR report also described physical and verbal abuse from their own partners. The pandemic has increased levels of domestic violence against women within the Northern Triangle. In 2020, the Organization of Salvadoran Women for Peace found a 70% increase in reports of domestic violence in Central America between mid-March and late May. This was largely attributed to lockdowns, which forced women to remain housed with their abuser, as well as pandemic-related stress, which increased abusive behavior amongst men. The daily gang threats and domestic violence that women experience is a large factor in pushing them to migrate to the United States in search of a safer future.

The issue of violence in the Northern Triangle is magnified by the poverty in the region. This widespread poverty exists because wealth has historically been concentrated within a small group of elites, leaving widespread poverty among the rest of the population. As a result, according to the Council on Foreign Relations, in 2019, all three nations in the Northern Triangle ranked among the lowest for gross domestic product compared to the rest of Latin America and the Caribbean.

Poverty combined with a lack of educational and job opportunities pushes people to either join gang organizations or migrate to the United States in hopes of better job prospects. Pandemic restrictions such as lockdowns have only worsened poverty by preventing people from working and effectively crippling the informal sectors that largely sustain these countries’ economies.

Recent environmental disasters have further contributed to economic insecurity in the Northern Triangle. The coffee sector, which is a source of income for about 1.3 million families, has especially been affected. The CRS report notes that coffee rust, a fungal disease, has reduced production since 2012 and low international coffee prices makes it difficult for farmers to pay off debts and replant trees. In 2020, Hurricanes Eta and Iota also forced families to migrate away from their homes, contributing to annual economic declines of “nearly 9% in Honduras, 7.9% in El Salvador, and 1.5% in Guatemala” according to the International Monetary Fund.

While governments within the Northern Triangle have created policies to help alleviate these widespread issues, they have fallen short in creating any significant change. For example, governments created anti-violence policies that attempted to crack down on violence through expanding police powers and issuing harsher punishment for gang members. Though they were unsuccessful and only worsened the problem by leading to mass incarcerations which burdened already overcrowded prisons. These policies were also criticized for contributing to police violence and poor prison conditions.

In 2014, the Northern Triangle worked with the United States to create the Plan of the Alliance for Prosperity, which aims to tackle poverty through increasing production, developing human capital, and increasing security and transparency. The plan also included a $750 million dollar budget for development in the region.

However one criticism is that much of the budget goes towards security measures rather than development. The plan created greater militarization of the border but this forces migrants to take more dangerous routes and puts them at greater risk for contacting gangs. The plan also contributes to increased militarization against violence, though this strategy has been found to only increase violence and human rights abuses in the region. Another problem is the focus on foreign investments, specifically U.S. companies, because this often leads to the exploitation of the environment and local communities. These companies also contribute to unstable employment and low paying wages.

Currently, the plan has the potential to aggravate the violence and poverty that the Northern Triangle faces.

The United States has also implemented policies to mitigate mass migration from the Northern Triangle; however, they have been criticized for largely being reactive to spikes in immigration numbers. The Obama administration implemented the Central America Regional Security Initiative to combat drugs and support the police and judicial systems in the region, though its implementation coincided with increased violence and human rights abuses in the region. The Trump administration tried to curb immigration by implementing a zero-tolerance policy that criminally prosecuted all illegal immigrants and separated children from their parents. Other policies included sending migrants back to their countries and withholding aid from the Northern Triangle over their failure to curb immigration. Policies under the Trump administration have been criticized for aggravating the issues plaguing the Northern triangle, violating U.S. laws, and human rights abuses.

Currently, the Biden administration’s approach has been to roll back policies implemented during Trump’s presidency and create a $4 billion plan to help mitigate the root causes of immigration such as poverty and violence. The plan includes initiatives such as funding civil society organizations, supporting programs that prevent youth from joining gangs, and creating national level reforms to fight corruption.

However, there is skepticism as to whether that aid can help reduce immigration; some posit that it may even increase immigration to the United States by giving more people the resources to leave.

That aid should be combined with more community level interventions to be successful. For example, according to CFR Latin America Studies Fellow Paul Angelo, in Honduras “…U.S.-funded community policing programs and provided lampposts to illuminate streets and prevent crime, [are]seeing reductions in homicides of up to 60 percent in those communities.”

The Biden administration has taken steps to collaborate with communities in the Northern Triangle, which is a positive step in tackling the root causes of immigration. However, the United States needs to ensure that these initiatives are implemented long-term to avoid hindering progress within the region, as was the case during the Trump administration

While government policies have not been effective in solving the issues plaguing the Northern Triangle, there have been NGOs and civil society organizations working within communities that have seen success.

For example, the NGO Cure Violence worked to reduce violence in Honduras through preventing violence before it breaks out. In early 2015 the program was implemented in 5 zones and as a result shootings and killings dropped by as much as 88%.

In addition, the U.S. Agency for International Development started a Community-Based Crime and Violence Prevention Project, where USAID partnered with NGOs to curb violence in El Salvador through various methods such as providing vocational training for youth, jobs, and counseling support for people at risk and survivors of domestic violence. As a result of the program “murders reported fell by 40%, extortion and blackmail fell by 52%, and residents became 40% less significantly likely to avoid dangerous areas of the neighborhood out of fear of crime.”

In El Salvador there are also multiple organizations working to reduce violence against women. The Shaira Ali Cultural Center in El Salvador has worked in 29 communities to educate women and students on violence prevention and support women who have experienced violence.

Looking forward, supporting community based initiatives are the most effective pathway in reducing the issues plaguing the Northern Triangle and curbing mass migration to the U.S. border.

Amy Argueta is a junior double majoring in International Relations and Comparative Literature with a minor in East Asian Languages and Cultures. She is interested in women’s rights, immigration, soft power, and education in East Asia and Latin America. She is also interested in languages and is currently learning Korean and improving her Spanish. In her free time, she loves reading horror and sci-fi stories, listening to music, and running. 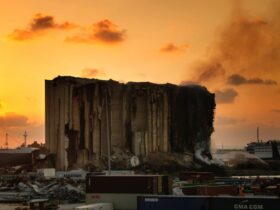 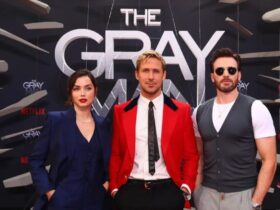