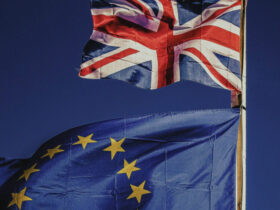 Twelve years ago, when the collapse of the American housing market and the subprime lending market led to a global recession, the U.S. government spent $152 billion to stimulate its economy, bailing out Wall Street, providing tax cuts to individual households and businesses, and injecting money into a flailing economy. With an influx of debt-funded capital, the United States was able to deficit-spend its way out of an economic crisis.

Today, the world looks less rosy than it did in the fall of 2008. The global coronavirus pandemic is fueling an economic crisis that, according to many metrics, is already worse than the one experienced a decade prior. With workers forced to stay home, many businesses shuttered and global transportation and trade coming to an abrupt halt, the world’s richest countries were once again forced to aid their failing economies.

The U.S. passed a $3 trillion stimulus package in May, but has stagnated on further spending. The European Union agreed to a $857 billion stimulus in late July, with money to be raised through collective bond sales and an unprecedented $454 billion earmarked for grants. EU leaders also agreed on a $1.28 trillion budget for the next seven years.

COVID-19’s effects on daily life can be seen as a bleak preview of the kind of disruption climate change will bring to our world should we continue with relative inaction. A recent international study examining climate sensitivity underscores this, finding that warming is very unlikely to be on the low end of estimates. Since 1979, the long-standing range of climate sensitivity was between 2.7 and 8.1 degrees Fahrenheit (1.5 – 4.5 ºC) but new research suggests that the range is much narrower than previously thought. Thus, the necessity of climate action is becoming increasingly obvious.

Moreover, COVID-19 is highlighting the dangers of poor management and planning. The United States’ inept coronavirus response has exacerbated the virus’ danger. Compared to Europe, Americans are getting sick (and dying) at much higher rates, due to irregular mask restrictions, a lack of a coherent government response and a persistent effort by some Americans to flaunt social distancing rules. All of the chaos stems from a president who would rather declare the virus defeated and move on before it costs him his chance at re-election. The White House is similarly delusional around climate change, yet actions — and inaction — in the environmental sphere aren’t felt until years in the future.

As frustrating and as devastating as COVID-19 has been for the world, the pandemic pales in comparison to the gradual destruction caused by climate change. The world cannot afford to wait until the wealthy nations deeply feel the effects of climate change and are forced into action. Emissions ought to have been cut 40 years ago. In order to deal with the climate crisis, countries must drastically curb carbon emissions before the worst effects take place — and some already have.

As with any system shock, forced change brings hardship but also opportunity. COVID-19 stimulus spending provides a tremendous possibility for the change that the world desperately needs. Stimulus packages should be responsive to both the pandemic and the ongoing slow violence of climate change. The logic is simple: kill two birds with one stone. Hurting economies require large-scale, government funded capital influxes to restart after a prolonged shutdown; some of the transformative changes that will also allow us to deal with the climate crisis — such as rebuilding our energy infrastructure — necessitate large sums of money.

Some world leaders have already realized the potential of this unique opportunity. As part of their updated budget, Europe’s leaders earmarked nearly a third of the economic stimulus package, $572 billion, for combating climate change. Heralded as the world’s largest green stimulus package, the deal provides funding for sustainable agriculture, electric vehicles, renewables and raises the EU 2030 emission reduction target from 40 percent to 50 percent. Though, it’s notable that climate activists — like Greta Thunberg — argue that it still isn’t enough, citing the $2.79 trillion scientists estimate it will take for the EU to decarbonize quickly.

If nothing else, however, this year has shown that transformative change can happen rapidly, given the requisite motivation. This is important for a globalized society that is often enslaved to the status quo. A cursory look at how quickly and dramatically China, the world’s largest manufacturer, shut down its trade infrastructure reveals that, if forced, nations can — and will — make substantive changes.

Indeed, as a result of a global shutdown, emissions dropped steeply, with daily CO2 emissions falling 17% in early April, compared to a year prior. Of course, these are temporary changes and we’ve already seen a rebound in emissions as countries begin opening up. Thus, it is of paramount importance that we don’t miss this window of opportunity.

COVID-19 could be the system shock that knocks us out of antiquated modes of consumption that are no longer sustainable in a rapidly warming world.

Knocked out of the comfort zone, do countries really need to return to ‘normal’? After all, ‘normal’ is what perpetuated the climate disaster for so long; rampant consumerism and consumption, with little regard for pollution, is no longer a sustainable ‘normal’. The harshest blows always contain some unforeseen gift. While devastating, COVID-19 forced us to re-evaluate.

Change that was once thought impossible is now commonplace. With this moment of reckoning, the world needs to reconsider its practices, push for more climate-forward policies and shift away from a toxic system. If the world is hit by COVID-like shocks of climate change, it will already be too late to meaningfully adapt.

Kirian Mischke-Reeds is the senior correspondent of Glimpse and a junior majoring in International Relations and the Global Economy with a minor in Environmental Studies. Growing up to a German-Spanish mother and an American father in the Bay Area inspired Kirian to study international issues, focusing particularly on European foreign policy and the global climate change regime. This past summer, he interned at Climate XChange, doing research on North Carolina’s climate policy. On campus, Kirian is a member of the Delta Phi Epsilon Foreign Service Fraternity and is a fellow at the Global Policy Institute.