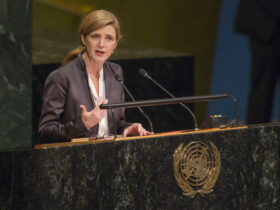 The Ron Finley Project is a small Los Angeles-based nonprofit started by a man who dreamt of bringing community-based farming to his neighborhood. By simply converting unused land by highways into farmable soil, Ron Finley created an urban farm. Urban farms are the product of converting unused land in an urban environment into farmland by planting and cultivating crops.

Ron Finley called this “Gangsta Gardening.” However, this technique established a presence long before Finley first began introducing it to Los Angeles. Havana, Cuba created one of the most successful urban farming systems in the world.

With the collapse of the Soviet Union, Cuba faced its worst economic crisis. In the early 1990s, Cuba was left without the industrialized farming machinery and production methods they had previously relied on. Due to this new scarcity of inputs and sanctions along with worsening food insecurity, Cuba underwent a nationwide shift to an urban and local farming approach. From 1994 to 1999, this shift to urban farming led to a threefold decrease in produce price.

Although these two examples come from radically different time periods, circumstances and origins, they are both key indicators of the potential power of urban farming. This power can go even further, as urban farming can play a critical role in the global response to two of the most pressing issues today: climate change and food insecurity.

Climate change and food insecurity both disproportionately impact global cities and urban environments. In cities around the globe, the accelerating rate of climate change will threaten the national food supply for 2.5 billion people. This is a massive crisis that will take the harshest toll on low-income people in cities around the world. Urban agriculture is uniquely positioned to address these challenges simultaneously and provide a unique, community-based step toward tangible progress.

Cities around the world are rife with vacant lots and unused land by highways, buildings, etc. This unused land can be inexpensively converted into farmland by simply providing the resources and information to create community-based urban farms.

This simple act has the potential to make a huge difference. Cities are responsible for approximately 75% of global greenhouse gas emissions. Plants act as a natural carbon filtration system by converting carbon dioxide through photosynthesis, yet plants and green space are precisely what cities lack. Urban farms dramatically increase the amount of green space in cities, thereby offsetting some of this carbon dioxide emission.

This increase in green space even has aesthetic benefits that improve mental health in the community. Researchers from the ​​University of Aarhus in Denmark found that a lack of greenspace in childhood exposes citizens to “as much as a 55 percent increased risk of developing psychiatric disorders such as depression, anxiety, and substance abuse in later years.”

Urban farming centers the population in these areas at the forefront of the solution. The process requires community involvement to plant the crops, care for the crops and reap the harvests. Community-driven solutions are critical because they motivate people to take action in their own communities, be responsible for progress and see the results directly.

Food security is directly tied to economic stability. Studying urban farms in Accra, Bangalore, Lima and Nairobi revealed that urban farming provided a critical source of economic stability to particularly vulnerable households where the head of the household is older or less educated. This phenomenon is especially common for households where the head is a woman because they are often provided less access to education than men.

While urban farming was not always the main source of income for these households, it served the vital role of diversifying their income sources, further enhancing economic stability and resiliency for the most vulnerable groups in developing countries.

In these communities, the food produced would also serve the vital role of providing inexpensive, organic and locally grown food to communities that face food shortages from living in food deserts and compromised food supply chains because of climate change.

Specifically, urban farming shortens the supply chain from producers to consumers. This leads to decreased carbon emissions from shortened transportation and a direct decrease in the price of the goods for the consumers. When these goods are organic or locally grown fruits and vegetables, as is the case with urban farming, this price decrease is even more critical. This decreased price makes vital nutrients that are ordinarily too expensive for many urban consumers affordable and accessible. The radical changes that urban farming made in Havana is a testament to this.

The benefits of urban farming shouldn’t be underestimated, as this form of agriculture would address critical issues plaguing cities around the globe. So, this begs the question: Why is urban farming being disregarded in climate change policy and urban development across the world?

Simply put, urban farming isn’t given enough weight as a realistic global solution to climate change. Urban farming won’t solve the climate crisis alone because tangible and aggressive climate change policy action is necessary, but that doesn’t mean it should be disregarded as a step toward this progress.

The World Bank aptly notes that “urban agriculture on its own cannot be a panacea for urban problems; neither should it be seen as a [sic.] niche activity that does not have broader relevance. Rather, urban agriculture should be considered a useful part of an integrated approach to sustainable urban development.”

Unlike many of the steps necessary to address the climate crisis that require intensive government action, urban agriculture can start with just one individual — like Ron Finley. It doesn’t take a bachelor’s degree or a team of engineers to look at some unused land and begin growing crops.

Urban farming can be a transformative change in cities around the world. It has the power to be an even more effective solution to climate change and food insecurity. By starting small, cities with more resources can grow to implement resource-efficient farming techniques. They can build hydroponic farms that utilize water over soil and can also be constructed vertically to maximize space in buildings. In addition, cities can allocate space specifically for community farms.

Let’s embrace this solution. Let’s promote education on sustainable farming techniques in schools. Let’s advocate against ordinances that restrict land use by highways and public spaces. Let’s support people who are already taking these steps in their communities. There is a place for an urban farm in any city across the globe. We have the tools to make that change a reality.

Claire Silverstein is a sophomore double majoring in Environmental Studies and Philosophy, Politics, and Law. She is particularly interested in environmental justice and how environmental issues, such as the climate change crisis, intersect with other global issues including access to high quality food and the fashion supply chain. She hopes to pursue a career in law, environmental consulting, or environmental policy and planning. On campus, Claire is a part of Los Angeles Community Impact consulting and the Trojan Consulting Group. In her free time, she loves to read memoirs and romance novels and spend time outdoors hiking or at the beach.