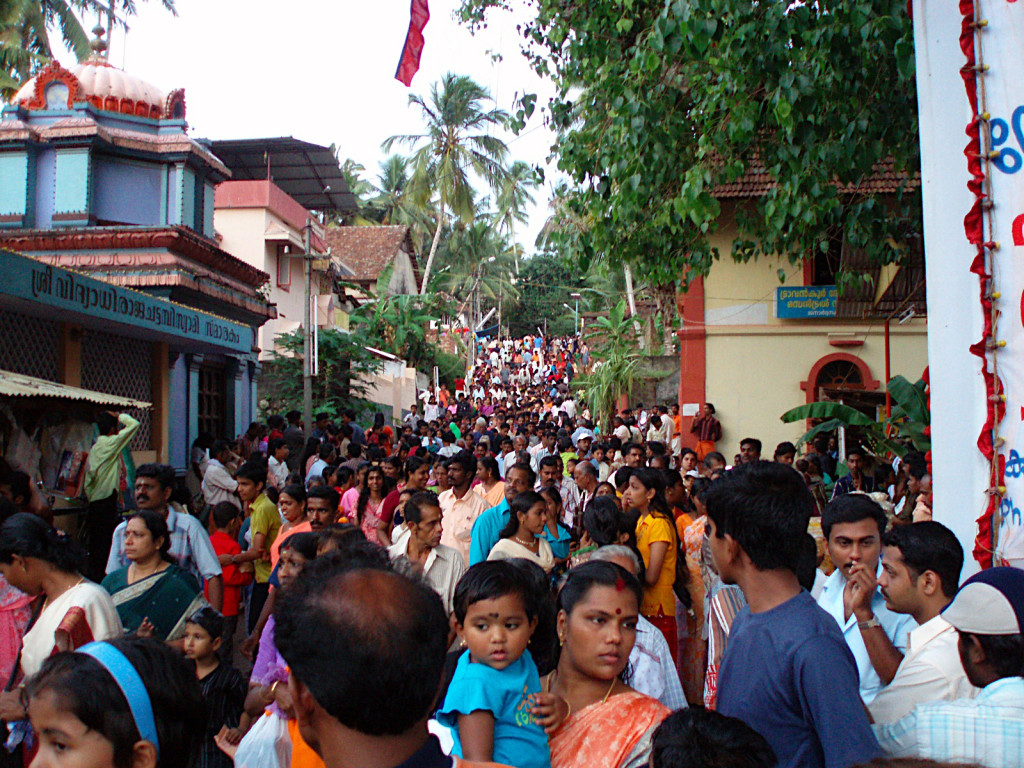 1,267,401,849. That’s the number of people who live within the borders of India—a country one-third of the size of the US with more than four times the population. By 2030, India is expected to become the largest country by population in the world, overtaking China. By 2050, the population is estimated to reach 1,620,050,849—a massive number to feed, house, educate and employ.

These are numbers that the India government is desperately trying to avoid. Thus far, the main method of population control has been mass sterilization. In 1973, then-Prime Minister Indira Gandhi declared a state of emergency in response to mass riots in Delhi over high inflation, poor standards of living, and corruption. Disillusioned with the government, Indians called for her resignation. In order to relieve the welfare burden on national institutions, Gandhi enacted a drastic measure: the forced mass sterilization of more than six million people. The victims were mostly men, since vasectomies were much less expensive and easier to preform than the tubal ligations required for women. The coercion came in many forms, including banning unsterilized people from working government jobs, withholding water from irrigation projects until village quotas were met, and retaining teacher’s salaries until they underwent sterilization surgery. The campaign ended in March 1977 when deadly anti-sterilization protests broke out in the northern states. Though the current sterilization program is less draconian than that under Gandhi, Modi’s government still uses this method of family planning to control its ever-expanding population.

The National Family Health Survey for 2005-2006 showed that 37.3% of women in India have under gone female sterilization, largely because of monetary incentives from the government. The sterilization is usually a tubectomy, a procedure in which the fallopian tubes are surgically tied together. In the US, this procedure is done with minimally invasive techniques, usually takes 25-30 minutes and requires a day of bed rest. In India, the surgeries are often done in under five minutes, where doctors are expected to perform hundreds per day. The women are usually only allowed to rest for an hour before being sent back to their homes, a journey that can take hours on badly paved roads. These unhygienic and dangerous conditions are the reason why the mass sterilization of Indian women has come to the attention of the Western world.

In November of 2014, 15 women died after undergoing tubectomies at a “sterilization camp” in the district of Bilaspur in Chhattisgarh. Improper medication was cited as the official cause of death, but the surgeon at the camp admitted to performing 83 surgeries in six hours, calling into question the cleanliness and accuracy of the surgery, as well as whether state governments were once again imposing quotas on their doctors. Their deaths also brought to light the gender and class issues that have accompanied the policy of population control. Only 1% of men in India undergo vasectomies today, a cheaper and far less invasive surgery. The National Population Policy 2000 stated: “The active involvement of men is called for in planning families, supporting contraceptive use…further, currently, over 97 percent of sterilizations are tubectomies and this manifestation of gender imbalance needs to be corrected.” While the language of this policy seems promising and at the very least aware of the gender imbalance of sterilization practices, in reality there has been little reform.

The incentives provided by the state for women to undergo the surgery also call into question the ethics of the policy. Women are paid roughly 1,400 rupees (about $23 USD) for the surgery. Since most patients are from rural farming communities, this sum can be equivalent to a month’s income. Some women are compensated with pots and pans, or even food, an enticing offer in a country where 21% of the population is undernourished. Condom use in India is barely 6% and mostly in urban areas because their use is seen as only a habit of prostitutes and those with sexually transmitted infections (STIs).

While the idea of sterilization might seem extreme to those in the US, about 36% of American women undergo the surgery, a number remarkably similar to that of Indian women. According to a 2008 study, “About 700,000 female sterilizations are performed annually [in the US], half of which are performed within 48 hours post-partum. Sterilization is performed following 10% of all births. Approximately 345,000 female sterilizations are interval procedures, meaning that they do not occur immediately following pregnancy. Approximately 500,000 vasectomies are performed annually for a rate of 9.9 procedures per 1000 men aged 25 to 49.”

Theoretically, sterilization, done willingly, safely, hygienically and equally to both men and women, is an effective and ethical means of population control. However, in India, women are dying as a result of the current program. Their safety must outweigh the national goal to reduce a rising population. The national government should instead implement a mass education program, designed to educate all Indian citizens on family planning. Though it would surely be resource exhaustive, such a program would allow for a higher quality of life for both men and women, as well as curb population growth.

Nitya Ramanathan is an International Relations major with minors in Resistance to Genocide and Human Rights at the University of Southern California. She has completed internships with Human Rights Watch, the Shoah Foundation and non-governmental organizations in Sri Lanka working for postwar reconciliation. Nitya has conducted field research in Rwanda, Northern Ireland and Sri Lanka on the topic of post-conflict reconstruction, specifically examining transitional justice and identity politics. She has published a piece on the topic in the UCLA Undergraduate Law Journal and wrote her honors thesis on the relationship between peace and justice. Her research interests include human rights, post-conflict reconstruction, gender and violence, justice, and international intervention into conflict areas.