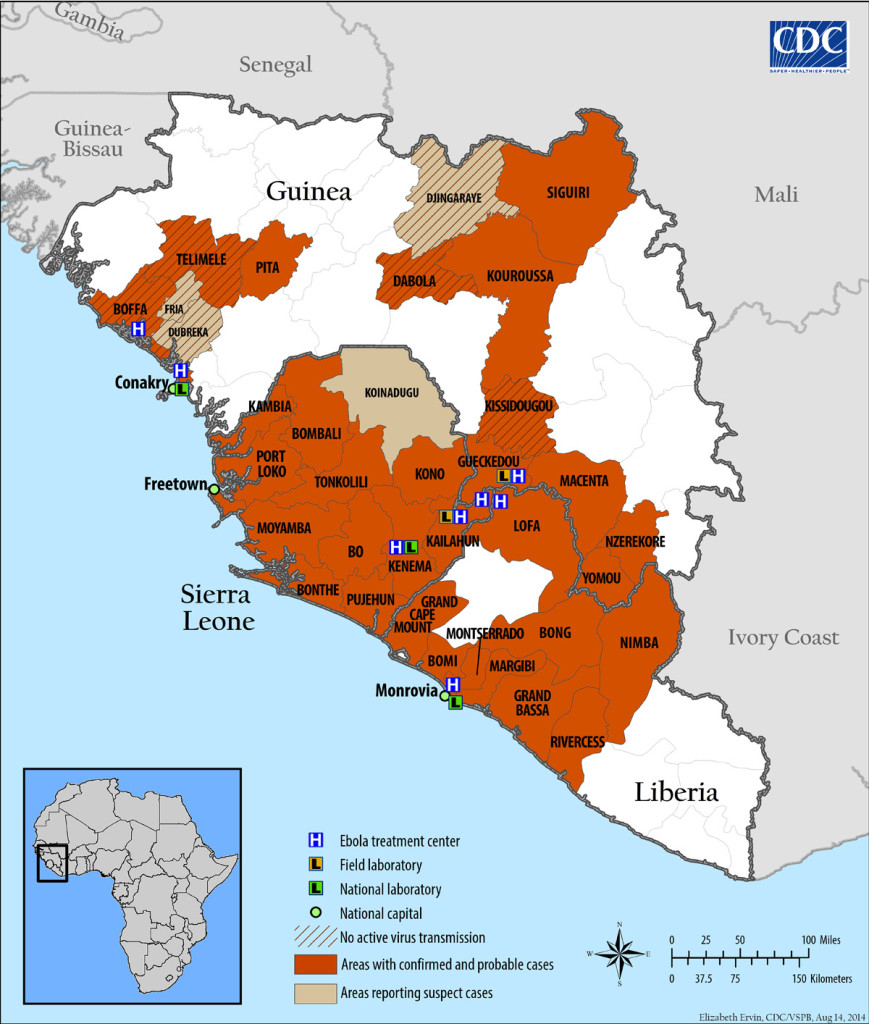 West African nations have lost over 1,400 people since March of this year to Ebola. With no formal cure other than treating symptoms, the infected face a mortality rate of between 50-90%, making it one of the world’s deadliest diseases.

Regarded as the worst Ebola outbreak in history, the recent spread in Africa has precipitated the revival of the cordon sanitaire, a medieval quarantine tactic employed in the 14th century to combat the bubonic plague.

Guinea, Sierra Leone and Liberia have created a triangular zone encompassing infected regions and prohibited people from leaving the quarantine zone until the outbreak subsides. While international health organizations have pledged to supply food and water to quarantined regions, this type of quarantine procedure is inherently barbaric in nature as vital resources become increasingly scarce and infected and non-infected citizens are indiscriminately interned together, further increasing the risk of infection.

While cordon sanitaire proved effective in combatting the bubonic plague and, more recently, typhus in early 20th century Russia, it is not necessarily an appropriate response to an Ebola outbreak. Since it is not contagious in its asymptomatic phase and can only be spread by direct contact with blood or bodily fluids, a more appropriate response would be to quarantine symptomatic patients and closely monitor family and neighbors for symptoms for up to three weeks. Given that Ebola is unlikely to develop into a pandemic, one might argue that such a response by West African nations is overzealous. 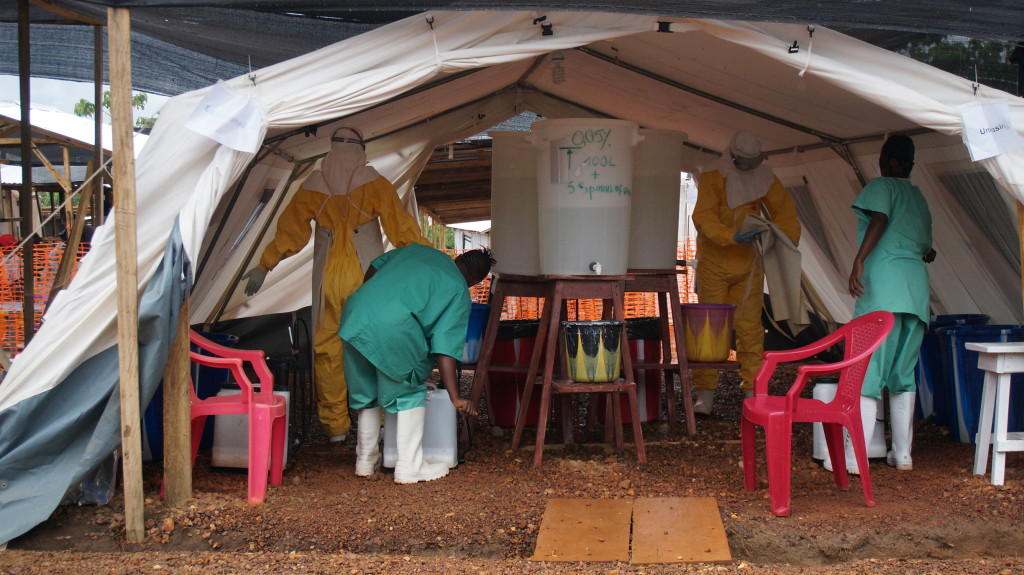 As one of the Ebola epicentres, the district of Kailahun, in eastern Sierra Leone bordering Guinea, was put under quarantine at the beginning of August. April 2, 2013. (EC/ECHO/Cyprien Fabre/Flickr Creative Commons)

In stark contrast to the draconian quarantine, the more localized responses of towns and affected citizenry have lacked commonsense precautions. It is not uncommon to encounter people passing through infected homes to visit and deliver food, nor is it atypical to find symptomatic patients refusing to go to a hospital out of an irrational fear of ‘disappearing’. With some villages under the delusion that health workers carry the disease themselves, there are even instances of locals chasing away international aid volunteers with threats of violence.

At the root of these problems of inadequate or irrational responses are critically underfunded health care systems, with many regions only possessing two doctors per 100,000 people. (Belgium, for instance, boasts 449 doctors per 100,000 people.) With a deficit of medical professionals and a lack of established disease prevention procedures in these regions, it is likely that Ebola’s spread will be intensified by regional quarantine. As this policy escalates the populous’ distrust of authority, there is increased risk of infected persons electing not to seek medical help at all.

While the effectiveness of this intensive quarantine remains unclear, the economic repercussions of the cordon sanitaire have proven crippling, with local industries and inter-regional trade at a standstill. Moreover, this quarantine provides no guarantee of containment, with fearful citizens apt to flee the region and potentially catapult its spread into outer regions. As fear continues to dominate both governmental and individual responses, and medieval tactics stand to do more harm than good, the future of Ebola’s containment in West Africa remains uncertain.