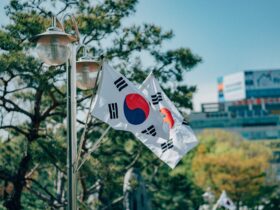 While several countries around the world have been forced to shut down yet again due to resurging COVID-19 cases, others are faring well and slowly beginning to open up. Desperate to salvage their economies, previously shut-down by internally-imposed lockdowns, certain countries have slowly started to open up their borders to business and travel.

Countries confident in each other’s COVID-19 coping capabilities have established bilateral corridors, or “travel bubbles” with each other, where the usual 14-day quarantine is often waived. The latest duo to attempt this is Singapore and Hong Kong, in what both regions claim is the “world’s first” reciprocal travel bubble to be launched on November 22. The implications are critical, not just for the travel industry, but for regional economics, politics and global recovery.

Despite their statements, Hong Kong and Singapore’s travel bubble is not the first to emerge from the pandemic. The term was first popularized back in May, when the Baltic states of Lithuania, Latvia and Estonia opened their borders to each other. Citizens from the three countries could travel freely across borders, although those entering from countries other than the three neighboring Baltic states were required to enter into a 14-day quarantine. Other countries in the European Union soon followed by forming tentative bubbles of their own, though flare-ups of the virus later in the summer eventually led to the reversal of this decision.

Similarly, Australia and New Zealand made a lot of noise in May when they announced that they would enact a travel bubble between the two countries in September. However, Australia’s spike in local cases in October has resulted in a one-way, unreciprocated relationship: New Zealanders are allowed into Australia without mandated quarantine, but not the other way around. Even in Asia, where the virus seems more tame, tourism-reliant countries have tried to negotiate bubbles — but many without success. Others have been forced to settle for essential business travel-only bubbles with tight restrictions.

So how will the Singapore-Hong Kong bubble be any different? First, residents of both cities are exempt from any form of quarantine in the bilateral relationship. Leisure travel is welcomed; tourists can move freely in either city without providing an itinerary. Of course, travellers must pay out of their own pocket to test negative for the virus on both ends, though the relative latitude is the first of its kind in the Asia region, signalling nascent recovery.

A relationship between both areas was an obvious choice for one another. On a local level, the stringent COVID-19 measures in both have served each city well; community cases have consistently stayed in the single digits over the past month. Geographically, their small size means there is no need for differing rules across states, unlike in Australia. The small but robust economies of both are also highly dependent on trade, finance, and tourism. As an added bonus, both are former colonies of the British Empire with a Chinese majority population. Singapore’s Transport Minister noted that aside from logistics, governments also need to be aware of citizens’ sentiments — and this shared history between Hong Kong and Singapore may help to boost citizens’ perception of the other city.

Digging deeper, establishing such a loose bubble would require the duo to have faith in each other’s health and administrative systems, ensuring that an outbreak in one city would be reported and contained before it spread into the other’s borders. With COVID-19, such mutual trust is essential as citizen’s lives and the well-being of both economies are on the line. Singapore and Hong Kong would find it easier to trust each other with so many similarities, on top of their “long-time close and cordial co-operation on many fronts” as emphasised by the Hong Kong government.

Larger political considerations are involved as well. Hong Kong’s borders have been largely shut since February. Opening their borders to neighboring mainland China first would make sense, but may inflame Hong Kongers in the face of rising anti-mainland sentiments. China may also be unwilling to endanger their handle on the virus as Hong Kong still has a small number of cases. Overseas, Taiwan and Japan tops the list for Hong Kongers’ most beloved travel destinations. However, making a deal with either risks irritating Beijing due to China’s tense relationship with both East Asian territories. Thus, Singapore is a safe choice to begin with.

On the other hand, Singapore has a number of green lanes with Asian countries that only permit business travel, including China. A bubble with Hong Kong would be a practical move to eventually break into the valuable tourism market of China. Opening up to each other would alleviate economic woes, as the travel industry affects numerous sectors. If the bubble remains successful, Singapore and Hong Kong might be able to woo the big fish that is China and kick-start their economies, which are both currently in a concerning recession.

Aside from benefiting themselves, the pair’s travel bubble sets a model for recovery in the Asia Pacific. Though it’s a small bubble that involves small places and limited amounts of cross-border travel, other Asian countries ought to take note from this landmark experimental run, with the goal of eventually opening their own travel bubbles. When that happens, Singapore and Hong Kong’s statuses as major aviation hubs would help facilitate transit fights and ramp up travel in the area. As 80% of tourists to Asia Pacific come from within the region, the resurrection of Asia’s travel industry is vital to pulling countries out of COVID-19 induced recessions. However, much remains to be said about the efficacy of the bubble, as the relationship between Singapore and Hong Kong will commence later this month.

In a pre-vaccine COVID-19 world, reopening borders is an essential first step to recovery. Business travel has somewhat resumed in Asia, though it is infrequent and restricted. Singapore and Hong Kong’s deal for leisure travel is an unprecedented and bold move that indicates Asia’s head start in the race to normalcy. As these Asian countries navigate bubble negotiations, they would do well to learn from this case study of cross-border relations.