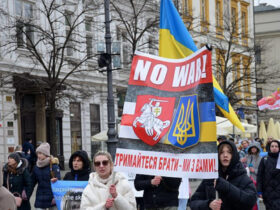 Yemen’s current crisis remains one of the largest humanitarian crises in the world — the result of widespread hunger, disease and ongoing civil war. More than 24 million individuals (close to 80% of the total population) are in dire need of assistance. Exacerbated by the COVID-19 pandemic, Yemen has faced detrimental rates of poverty, unemployment and food insecurity that have forced millions of individuals to rely on social protection and humanitarian programs.

The situation in Yemen has been at the center of discussion for many government officials and humanitarian aid organizations. Often overlooked within these discussions is the direct relationship between Yemen’s political state and welfare and children’s access to education. According to a report published by UNICEF, “Yemeni children’s education has become one of the greatest casualties of Yemen’s devastating and ongoing conflict.” Approximately 2 million children no longer attend school due to the overly disruptive nature of the conflict.

The country has become a volatile playground for regional and international powers. In accordance with government statements, the United States remains in Yemen for anti-extremism and counterterrorism operations. Saudi Arabia, in collaboration with other Gulf states, continues its massive intervention in Yemen in hopes of restoring the previous government administration and freeing the country from Iran’s influence. Yet, these two nations alone have conducted between 20,624 and 56,000 airstrikes since March 2015, many of which hit numerous civilians and non-affiliated properties. Residential homes, educational facilities, hospitals, weddings, farms, grocery stores, mosques, school buses and water wells being a few of the casualties. The presence of foreign powers has undeniably worsened the conditions in which citizens are living, with reports of various human rights and international humanitarian law violations being committed by both parties to the conflict.

Due to this, the work of humanitarian organizations is more important than ever. Without the necessary humanitarian intervention, the number of children obstructed from receiving an education could easily increase to 6 million, severely stunting the development of generations of children.

One of the leading causes of education disruption in Yemen is the lack of staff and educational infrastructure available to children. Over two-thirds of the country’s education workforce, approximately 170,000 teachers, have gone without compensation for over four years. Many have had to rely on secondary sources of income and/or have left the education sector entirely out of financial necessity. In 2017, a massive union strike over the suspension of teachers’ salaries forced thousands of schools to shut their doors. Educators were forced to pursue employment that could better help financially support their families, which left thousands of children out of school. The lack of consistent access to education and sufficient salaries for teachers leads to significant teacher absenteeism, worsens students’ educational development, and reduces the quality of schooling.

More than 3,600 schools are also out of commission, with over two-thirds having been damaged by violent attacks or occupied by armed forces. According to UNICEF estimates, approximately 184 schools were used as shelter for individuals displaced by violence, and at least one out of five schools in Yemen are unusable due to the Houthi insurgency. The schools that remain open have extensive infrastructural damages, are often half-demolished with walls penetrated by artillery, and are generally unsafe for use. Makeshift schools with rudimentary infrastructure have served as replacements but don’t serve the same educational value.

Yemen’s development plans emphasize the importance of education for post-conflict peace sustainability, reconstructing the economy and rebuilding the state of Yemen to what it once was, making this even more devastating. Newer generations of Yemeni youth being deprived of public education also makes them more susceptible to indoctrination and recruitment as child soldiers — a prevalent issue in Yemen’s war. A total collapse of literacy, for instance, would force a greater dependence on the morally gray government for information and would inevitably contribute to the radicalization of the community as children out of school face increased risks of exploitation, unemployment and poverty. The war, and the continuous airstrikes carried on by the United States and Saudi Arabia, are reported to also contribute to the radicalization of the local population and a rise in anti-western sentiment. While these acts of violence cannot be stopped by the work of NGOs and humanitarian aid organizations, education can be utilized as a preventative tool for radicalization, saving numerous vulnerable children and individuals who turn to extremist groups out of anger, fear, and desperation.

A general increase in violence and reported attacks on educational facilities by parties of the conflict also fuels parents’ fear and hesitancy to send their children to school. A Saudi-led coalition warplane, sold to Riyadh by the United States, was used to bomb a school bus of children in 2018. Over 40 were killed, 79 injured, and many who survived still suffer from daily psychological and physical struggles. 60% of children who attend a school that faces a security risk do not return to the classroom. Events like these occur often, with attacks on over 460 schools in the past five years. Fears of rebel recruitment and repeated attacks paralyze parents with fear and doubts about their children’s safety and subsequently contribute to the drop-out rate of primary and lower secondary-aged youth.

Children who do not complete their schooling are often trapped in self-perpetuating cycles of poverty. Education, like many other factors, is heavily linked to economic growth. A 2021 study published by Munich’s Ludwig Maximilian University and Stanford University reported that, between 1960 and 2000, increased math and science skills were linked to over 75% of the growth in gross domestic product around the world. Many of the systematic barriers individuals face can be mitigated with education tailored to the community’s needs and would subsequently help promote socio-economic mobility. In a country where over 84.5% of children live in poverty, the importance of education is even clearer.

However, factors like the related educational costs of institutions in Yemen, especially in Houthi-controlled areas, make education unattainable to many families that do not have regular sources of income. The Houthis, the rebel movement that controls the vast majority of Yemen’s northern region, have made significant efforts to privatize public schools to increase revenue. School fees have grown to over 5,000 rials for every student enrolled, a substantial percentage of most Yemeni salaries. Because of the unaffordability of education in these areas, around 23% of children aged 5 to 14 are forced to participate in child labor to help support their families. The Houthis’ privatization of state-owned schools has irrevocably impacted the future of education in Yemen as it has also allowed these armed factions to implement  “politico-religious agendas of warring parties” in schools as a way of finding ideologically committed recruits. The Houthis have made significant strides to strengthen faith identity in Yemen by implementing arbitrary restrictions that work to disproportionately affect women, their abilities to have access to education, and socio-economic mobility.

The combined effects of the pandemic, the latest assault on education and the ongoing war have and will continue to have irreparable effects on the mental health and developmental well-being of youth and adolescents in Yemen. The untold victims of this war are the children who have undeniably faced the brunt of the conflict. In collaboration with other non-governmental entities, the UN must take the initiative to mandate non-politicized education as a right for the sake of the thousands in Yemen.

Sarra Hussien is a junior at the University of Southern California majoring in Political Science and Psychology. On campus, Sarra is a member of Delta Phi Epsilon, serves as the Assistant Director of External Relations and Under-Secretary-General of Programming for USC’s Model United Nations team, Assistant Director of External Finance for Moot Court, Director of Design for Glimpse from the Globe, an undergraduate researcher for the Near Crisis Project, Associate Editor for Southern California International Review, and a member of the Thematic Option Honors Program. She is specifically interested in democracy, global conflict, and human rights as it pertains to the Middle East and Africa. When she is not writing, she spends time with friends, naps at the beach, and checks things off her LA bucket list.