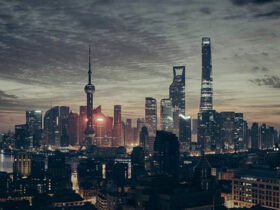 On July 7, 2020, Senator Lamar Alexander, chairman of the Health, Education, Labor and Pensions Committee, said: “Certainly there needs to be a good, hard look at mistakes the World Health Organization might have made in connection with coronavirus, but the time to do that is after the crisis has been dealt with, not in the middle of it.”

Following its withdrawal from the United Nations Human Rights Council and the decision to quit the Paris Climate Accords, the United States’ decision to pull out of the World Health Organization (WHO) came as no surprise to international spectators familiar with former President Donald Trump’s foreign policy doctrine of selective engagement, American nationalism and international withdrawal. However, the decision to pull the United States out of the global organization whose primary purpose is to coordinate international public health responses to crisis — during one of the worst pandemics of the last 100 years — did leave many questions unanswered.

This decision left the United States in an ill-equipped position to fight COVID-19 and left a major void between the United States and the rest of the world. As the pandemic ravaged across the world and left devastation in its wake, the WHO suddenly was in jeopardy of losing its funding, international clout and efficacy as a result of the announcement.

However, within his first 24 hours in office, President Joseph R. Biden announced plans to re-enter the World Health Organization. As a result of this reversal, the United States is now in a dramatically better position to coordinate international diplomacy efforts and help fight COVID-19, on the domestic and international fronts.

During his time in office and amid the first few weeks of COVID-19’s appearance in the United States, Trump repeatedly criticized the WHO for its COVID-19 response and claimed it was under the influence of China, who Trump — along with other world leaders — adamantly condemned for the country’s alleged cover-up of the virus’ transmission and proliferation early on. But the WHO has also been criticized in the past for being slow to react to the HIV/AIDS pandemic and the 2013 Ebola outbreak, a concern of efficacy often resulting from the organization’s unstable funding sources.

At the start of the coronavirus pandemic, Trump primarily accused the agency of helping spread the virus due to its alleged lack of transparency and ‘soft’ approach to China. At the time, more than 150 governments around the world backed a proposal to audit the agency. Then, following Trump’s claims to publicly discredit the WHO, the U.S. State Department sent a notice to the United Nations in July 2020, formally announcing the end of its 72-year membership with the WHO.

The notice of intent formally occurred in July; however, based on the terms of the treaty, the United States could not officially withdraw until a year later, in 2021. As a result, on the campaign trail in 2020 during the lead-up to the U.S. presidential election, public health response and international organization involvement was a big talking point for both candidates. The result of the election would ultimately decide if the U.S. were to stay or complete its withdrawal.

Withdrawal from the WHO would have enormous ramifications for the United States, with — arguably — the most significant being lack of access to shared data. The United States could no longer access data and vaccine research during a pandemic, could no longer advise the agency and would forfeit its ability to influence global health standards. This would reverse the goals of international health collaboration, as communication across countries would be intensely hindered. Essentially, the United States would forfeit its seat at the table during the moment it mattered most.

But now that Washington has undergone a transition and the United States’ public health efforts are led by a different team, with different goals and a different mission, Biden vowed to rescind the withdrawal and join a multilateral effort to distribute vaccines worldwide, reversing two major Trump administration decisions in one blow.

However, U.S. reengagement with the WHO will be complicated and the process to reconciliation will not be easy.

The Trump administration’s move to withdraw from the WHO threatened the agency’s funding. Prior to the pandemic, the United States was the largest donor to the WHO, giving approximately $450 million a year. Today, the United States’ contributions are rivaled by Germany, who has since taken the lead, and by the private Bill and Melinda Gates Foundation. An official exit by the United States would have significantly decreased the World Health Organization’s budget, leaving it reliant on other countries and private donors. This move had the potential to shift global health funding towards the will of wealthy private donors, with other governments reluctant to fill the void of funding the United States left. But, China pledged an additional $30 million on top of its annual contribution of $43 million to the WHO, demonstrating that Trump’s criticism of the WHO currying favor with China would not be solved by leaving space for China to become the organization’s major contributor.

Reversing the Trump administration’s stance towards the WHO, the Biden administration is expected to take further steps in rejoining world health initiatives. Recently, the United States committed itself to joining COVAX. This WHO co-led initiative aims to support the development and distribution of the COVID-19 vaccine worldwide, specifically aiming for equitable distribution to lower-income countries. Until February 2021, Russia and the United States were the only two major countries to not join, unlike many of the United States’ partners, such as the United Kingdom, which pledged major financial support to the program. The program has already raised $2 billion but is looking to raise an additional $5 billion in 2021. It is one of the largest multilateral efforts since the Paris Climate Agreement and likely will set the stage for further international health alliances.

The impact of the United States’ newly announced commitment has yet to be seen, but signals a positive shift toward multilateral cooperation and solutions. Joining this global program sends a powerful message to U.S. allies and adversaries: the United States is re-extending an olive branch to nations around the world and attempting to rebuild relationships tarnished in the last four years. However, the United States cannot entirely wipe the past four years off of its history and will likely face hesitation from the international community on the path to re-establishing diplomatic relations until the Biden administration proves its commitment to the global stage once again.

The United States cannot assume the world will revert back to the pre-Trump era, especially since other countries, such as China, have stepped in to fill the United States’ role in certain issue areas. But, recommitment to the WHO is a clear message that the United States is once more prioritizing U.S.-led diplomacy — assuming the world is ready for it.

But ultimately, the United States’ re-engagement with the World Health Organization will help with the global struggle against COVID-19. Antony Blinken, the new U.S. Secretary of State, stated that the Biden administration “believe[s]strongly that we can ensure that every American gets the vaccine, but also help make sure that others around the world who want it have access to it.” In joining COVAX, the United States can help to distribute vaccines worldwide.

In the White House’s National Strategy for the COVID-19 Response and Pandemic Preparedness briefing, the Biden-Harris administration declared that the United States would restore U.S. leadership on a global scale, laying out an active strategy for fighting the pandemic. The United States will support the Access to COVID-19 Tools (ACT) Accelerator and seek to strengthen existing multilateral initiatives. Some of these include the Coalition for Epidemic Preparedness Innovations and the Global Fund to Fight AIDS, Tuberculosis, and Malaria. Additionally, the United States hopes to strengthen global pandemic supply chains and work in partnership with the UN Security Council to aid humanitarian cooperation on the COVID-19 response to prevent future biological threats.

It takes time to effectively communicate collaboration to fight a global threat. With the United States rejoining global alliances and advancing its goal of engaging with the World Health Organization, hopefully, the world is prepared to embrace the new administration’s multilateral agenda.