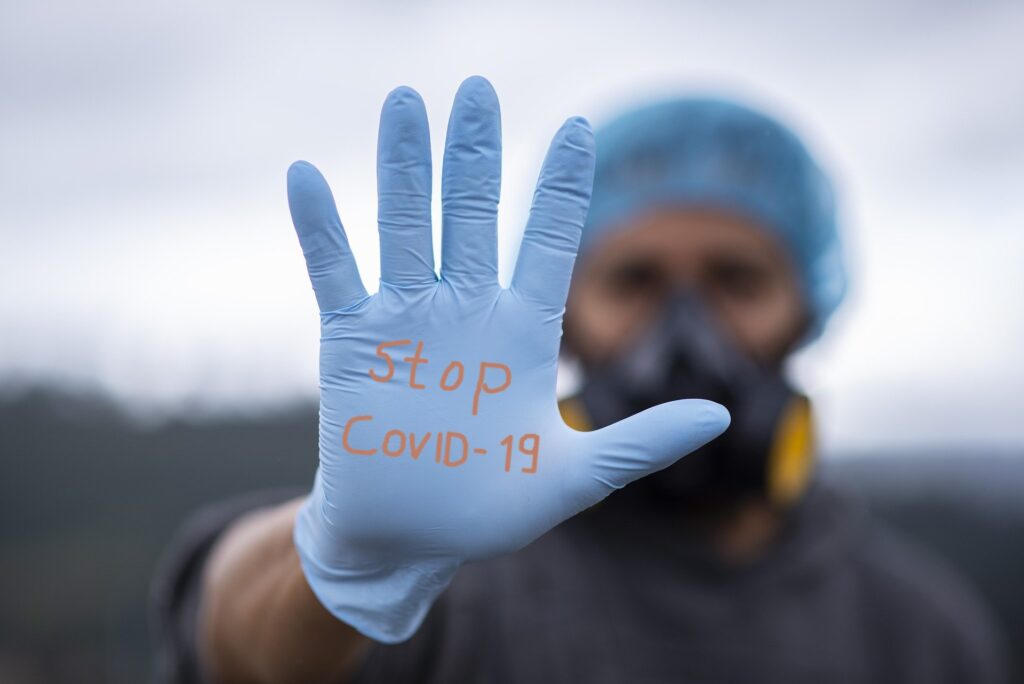 COVID-19 and the Growing Threat to Democracy

SEOUL, SOUTH KOREA – It’s a humid night in Itaewon, Seoul’s touristy hotspot packed with restaurants, bars and nightclubs. The street is filled with party-goers and food vendors; nightlife has seemingly made a full recovery from the stringent social distancing measures the country put in place during the peak of COVID-19.

Turn off the main strip and enter one of many narrow streets sloping upwards with lively music spilling out from every direction. You would hardly know it without taking a closer look, but this steep alleyway is South Korea’s only gay neighborhood. Dubbed “Homo Hill” by locals and expats, the collection of gay bars and clubs is a unique refuge in a country where LGBTQ+ topics are considered taboo. The South Korean judicial system has rejected same-sex marriage and legal protections for discrimination based on LGBT status. In January 2022, a court in Seoul declined to allow a same-sex couple spousal insurance benefits, reaffirming the Republic of Korea’s strictly heteronormative culture.

South Korean society largely maintains a position of ignorance regarding the rights and status of LGBTQ+ citizens. For the most part, it isn’t a household topic of conversation or a fiercely debated issue by politicians. Historical precedence of the Confucian family model and the spread of Christianity across the Korean Peninsula since the 17th century have manifested in the strictly traditional society seen today. This lack of acceptance has very real implications for LGBTQ+ youth in South Korea, with a survey finding that 45% of under-18s who identify as gay have attempted suicide. Despite such social and legislative apathy, the South still seems a tolerant environment compared to countless nations actively and violently persecuting their LGBTQ+ citizens.

LGBTQ+ Rights Around the World

In the United States, both public acceptance and legal protections for LGBTQ+ individuals have seemingly improved over the past 20 years. The landmark Obergefell v. Hodges civil rights case gave same-sex couples the right to marry in 2015 and marked a federal victory for gay citizens to enjoy more equal rights and benefits. However, the striking down of Roe v. Wade symbolizes how social progress in America is not moving in a single direction. Many in the LGBTQ+ community are bracing for a rollback after comments made in the concurring opinion by Justice Clarence Thomas suggested that established rights to both gay marriage and contraception should be reconsidered. The US is a unique case where tolerance and equality seem to shift constantly, often depending upon the state.

There is arguably no continent with more widespread LGBTQ+ acceptance than Europe, especially Western EU member states. In an NBC ranking of the top 15 most gay-friendly countries, ten are located in Europe. The perspective in many EU nations on LGBTQ+ acceptance and equality is resolute, with countries like the Netherlands and Belgium being the first to legalize same-sex marriage in 2001 and 2003, respectively. Additionally, in 1985, the Netherlands passed some of the earliest legislation allowing transgender people to change their registered gender. The European Parliament has taken steps to solidify the Union’s position by declaring itself an “LGBTQ+ Freedom Zone” in response to Poland’s resolutions to create “LGBTQ+ Free Zones.” These resolutions were meant to publicize a rejection of “LGBT Ideology” in Poland and ban equality marches. While the declarations were primarily symbolic, they illustrate the Polish conservative government’s commitment to suppressing “LGBT propaganda” and denying same-sex couples the legal right to marriage. Even in the most progressive coalition of countries, basic equality for non-heterosexual people fails to be standard.

Many regions fall into a middle ground where same-sex relations aren’t criminalized, but there remains heavy social pressure to stay in the closet. Most countries in Latin America and the Indian subcontinent would typically fall under this category. Then, there is a somewhat concentrated pattern of staunchly anti-LGBTQ+ nations in Africa and the Middle East. Many correlate Islamic governments with strict persecution of any non-heteronormative identity, but this is not a comprehensive reality. Countries like Iran punish homosexual acts between men with the death penalty. However, trans citizens can have their gender identity recognized by the law. Incredibly, the Iranian government goes beyond allowing gender reassignment surgery; it’s also subsidized. A mere five countries in the Middle East allow same-sex relations, with Israel being the only one to recognize homosexual civil unions. Africa follows a similar makeup, with Amnesty International noting an almost ubiquitous increase in homophobia. Homosexuality remains legal in just 19 out of 54 countries on the African continent.

Asia probably has the greatest variety of LGBTQ+ tolerance from country to country. Places such as Thailand offer a more open environment to different sexualities and gender identities; consequently, neighboring Myanmar maintains a hostile policy. Most Asian societies prefer not to acknowledge the existence of LGBTQ+ citizens, as seen in the South Korean example. There have been strides, such as in May 2019, when Taiwan became the first Asian country to legalize same-sex marriage. Overall, tolerance in Asia is mostly stagnant with small advancements in western influenced nations.

The global picture remains grim for a vast majority of LGBTQ+ identifying individuals. Outside a handful of highly developed Western countries, equal rights don’t exist and legal protections are sorely lacking. If gay and trans people aren’t being actively persecuted by their governments, they likely have to contend with social ostracization and discrimination from their communities. Understanding the global reality of LGBTQ+ status is essential for finding how to best support change. In most intolerant countries, even peaceful advocacy for gay rights is met with dramatic and sometimes violent consequences. That is why supporting international entities is essential; Organizations like OutRight Action International, which fights for international LGBTQ+ rights and maintains a presence in the UN, and Rainbow Railroad, a small non-profit helping gay survivors relocate to friendly countries, are two examples. Pride Month is undeniably a time to celebrate identity if you live in a place where it’s possible. Such a celebration must go in hand with the acknowledgment that not everyone around the world is so lucky.