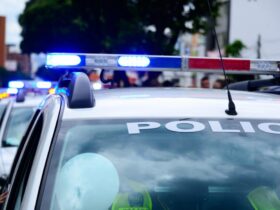 LOS ANGELES — In Mauritania, a sparsely populated country on the Atlantic coast of sub-Saharan Africa, enslaved mother Moulkheir Mint Yarba returned from tending to her master’s goats to find her baby daughter dead from exposure to harsh desert elements. In a 2013 interview with CNN, Yarba said her master, who also fathered her child through rape, had punished her for the transgression of working too slow while carrying a child on her back.

Yarba was not allowed to stop working to bury her child until later that day, nor could she perform proper burial rights.

Mauritania was the last country in the world to officially abolish slavery in 1981, over a century after the Emancipation Proclamation was issued in the United States. In 2007, a law was passed under international pressure, criminalizing slavery in the country. So far, the law has only resulted in one successful conviction of a slave owner.

The government’s official narrative is that all people in Mauritania are free and slavery is no longer a practiced phenomenon. This is far from the truth, but such a narrative is easily perpetuated given the country’s incredibly vast desert that separates groups of enslaved people  by hundreds of miles, as well as the complex network of extreme poverty, racism, ethnic hierarchy and religious ideology that prevents slaves from leaving. Many who try cannot sustain themselves and face social ostracization, left with no choice but to return to their masters.

The actual number of enslaved people in Mauritania is contested among sources. The Global Slavery Index reported 90,000 people living in modern slavery in 2018, whereas CNN reported anywhere from 340,000 to 680,000 enslaved people as of 2012.

By the sheer number of its people living in slavery alone, Mauritania stands out in its practice of this internationally-condemned human rights abuse. However, it is not the only country still participating in “modern slavery,” defined as “the severe exploitation of other people for personal or commercial gain.” There are currently an estimated 40 million people worldwide living in modern slavery, 71% of whom are female and one-fourth of whom are children. Most enslaved people live in poverty.

Unlike the traditional (and outlawed) form of slavery studied throughout history, modern slavery is often hidden and practiced in more covert manners. The most common types of modern slavery include the broad categories of human trafficking, labor trafficking and slavery of children including forced or early marriage.

Human trafficking encompasses the exploitation of people for forced prostitution, labor, crime, domestic servitude, marriage and even organ removal. Those who find themselves entangled in human trafficking typically live in poverty and seek ways to support themselves and their families. Traffickers lure in these vulnerable people through false promises of work and financial assistance, then trap them into human trafficking through means of violence, threats, fraud or coercion.

Women, especially immigrant women, and children suffer disproportionately from human trafficking. The United States’ human trafficking population is almost exclusively comprised of immigrant women, whose bondage is perpetuated by their inability to speak English and unawareness of U.S. employment protections, among other factors. The American Civil Liberties Union also attributes their heightened vulnerability to poverty, gender discrimination, illiteracy, lack of education, regional conflicts and job opportunities. The work these immigrants are forced into is unregulated by governments and thus keeps them out of public view.

Regarding sex trafficking, in particular, The International Labor Organization and Walk Free Foundation, partnered with the International Organization for Migration, reported 4.8 million victims of forced sexual exploitation in 2016 — 99% of those victims were female and 21% were under the age of 18.

One victim is Carla (an alias) from Honduras, who shared her story with The Guardian in 2017. When Carla was 15-years-old, she and a co-worker were kidnapped at gunpoint by three gang members, raped, and forced to sell cocain on street corners. Carla escaped with the help of a paying “client,” who paid for her ticket to the Mexican border where she was applying for refuge as of 2017.

Under labor trafficking, the most widespread subcategory is forced labor, or any work or service people are forced to do against their will under the threat of punishment. These punishments may include outright violence and intimidation or take more subtle forms such as keeping identity papers away from laborers or threatening to report them to immigration authorities.

It is often found in industries that have an abundance of laborers and minimal regulations, such as agriculture, manufacturing, and construction. Prostitution and sex trafficking may also be considered forced labor.

The International Labour Organization’s 2012 report estimates that 20.9 million people worldwide are victims of forced labor, 56% of whom are located in the Asia-Pacific region. The trend of targeting vulnerable individuals persists; women, children and migrant workers make up a large amount of the population. Similar to the targeting of immigrant women, migrant workers are targeted specifically because they often do not speak the language of the country they have migrated to, have few social connections, have minimal rights and are dependent on their employers.

Corruption within the governments and economic reliance on cheap labor within the regions that practice forced labor, which allows modern slavery practices to go unchecked, also contribute to their continued victimization.

Bonded labor, or debted bondage, shares similar characteristics as forced labor. The key difference is that bonded labor involves debt repayment in exchange for labor on the part of the victim. One definition states bonded labor functions as a sort of permanent enslavement. An individual will give themselves into slavery as loan security or to pay an inherited debt, only to find that repayment is impossible. After Transatlantic Slave Trade was abolished, bonded labor was used as a method of further trapping the enslaved people working on plantations in Africa, the Caribbean, and Southeast Asia into slavery.

Bonded labor affects approximately half of the people trapped in forced labor, and flourishes especially in South Asia countries like India and Pakistan. Anti-Slavery International contributes this strong prevalence in South Asia to poverty and widespread caste-based discrimination, especially among the lowest caste called the “Untouchables.” It is important to note that the caste system was officially abolished in 1950, but caste-based discrimination still exists.

Poverty is nearly impossible to escape, and the need for money drives people to take out loans with their labor. Nearly all the money victims of bonded labor earn go towards paying their debt, yet employers continue to tack on expenses to trap them in a cycle of indebtitude. The debt can be generational as well, keeping entire families captive for extended periods of time.

Ali from Bangladesh spent the equivalent of over $13,000 to travel to Singapore and build a social housing development as a construction worker, promised a monthly wage of $741. The $13,000 spent on training and agent fees required his family to sell land, borrow money, and take out a bank loan. After five months, the money stopped coming and Ali’s boss fled Singapore. Unable to make their loan payments, Ali and his family now face the wrath of the bank, which will seize the deeds for their land and has lodged a police report against Ali.

The final major category of modern slavery is child slavery, which aside from child trafficking also encompasses child marriage and child soldiers.

Between 2005 and 2020, UNICEF has verified that a total of 93,000 (although the true number is believed to be higher) child soldiers were recruited and used in armed conflict. Some are abducted or manipulated and threatened by armed groups, while others volunteer to financially support their families and others join for survival.

Child soldiers endure incredibly dangerous hardships, risking death, chronic injury and illness, and are sometimes forced to participate in tortures and killings. Girls involved with armed groups are often subject to gender-based violence. The conditions these children live in are abhorrent; they face a lack of nutrients and healthy living conditions, and some are forced into substance abuse.

Children who escape and attempt to reintegrate into their communities are often ostracized, treated as suspicious by both their families and neighbors who may turn them away. The psychological damage resulting from their time in armed conflict makes reintegration all the more difficult.

Child marriage, or marriage involving children under 18 years-old, is a culturally common practice in many countries. Approximately 650 million women alive today were married under the age of 18.

The practice has negative impacts on the child’s (almost exclusively practiced with girls) health, education, and general freedoms. However, it only is classified as slavery under specific conditions: the child has not given genuine, free and informed consent to enter the marriage; the child is subjected to control through abuse and threats and is forced to partake in domestic chores and/or engage in non-consensual sexual relations and the child cannot realistically leave or end the marriage.

A handful of countries have made legislative efforts to tackle the issue of modern slavery in recent years by targeting company supply chains. One such effort was United Kingdom’s Modern Slavery Act of 2015 that required organizations running businesses to publish annual slavery and trafficking statements. France, whose legislature also included sanctions against business found using modern slavery, Australia and the Netherlands have introduced similar counter-measures.

These laws are far from perfect, having minimal impact in incentivizing businesses and individuals to halt slavery practice and often overlooking the exploitation of children, but are a start. The fight against modern slavery is ongoing, and the stories shared of its victims are only a few among millions of unheard voices.