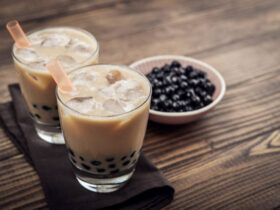 Angela Merkel’s visit to Greece last week has left many Greeks rightly incensed. Protesters in Athens and throughout the country have taken to portraying Merkel as Hitler, and her government as the Fourth Reich, in response to the severe austerity measures Greece has been forced to implement in exchange for bailouts from the IMF and the rest of the Eurozone. While the German leadership, smug in its economic stability, lords its policies over Greece, the simple fact is this: those being punished for the crisis are not those who created it. Further austerity measures will only further cripple the Greek economy, putting a solid recovery ever more firmly out of reach.

We need to clear up a common misconception. This debt crisis is not because of wanton financial irresponsibility–at least, not on the part of the millions of Greek citizens. Equating Greece with an irresponsible teenager sneaking out with the credit card is completely false.

Here’s what actually happened. Greece, which had been a member of the European Union since 1981, wanted to adopt the euro as its currency by the end of the 1990s. Prior to permitting this, the European Union required that Greece be fiscally sound by demonstrably reducing the size of its considerable debt. The government happily complied with these requirements, and consistently reported that Greece was meeting or exceeding all of the EU’s standards for several years. Greece joined the euro on January 1, 2001.

The problem, as you have probably guessed: the numbers were completely faked.

The Greek government, realizing it was unable to pay down its debts fast enough to satisfy the European Union regulations, had decided that enacting painful tax increases and spending cuts to balance the books would be far too painful a measure. So they lied.

With the Greek populace completely unaware, the government turned to investment bank Goldman Sachs for help with its accounting. The bank was all too happy to oblige, by using a method that was, bizarrely, legal: for a fee, Goldman converted Greek debts into other currencies—yen, dollars, pounds sterling—at a completely fictitious exchange rate, making the Greek debts appear smaller than they actually were. The bottom line of this deal was that 2.8 billion euros’ worth of Greek debt simply vanished, and Goldman made a lot of money.

Three years and painful financial crisis later, Greece is in an impossible position. Austerity measures are extraordinarily tough on Greek citizens and cause a significant drop in GDP as the whole economy slows down. As GDP falls, tax revenue falls with it, meaning the government’s budget might not actually be any better off than it was before the measures were enacted. And as a secondary consequence, a slowdown of the economy on top of a massive debt crisis will decrease the likelihood that anyone will be willing to lend to Greece in the short term, exacerbating the problem.

Punitive measures designed to make a country pay for its past transgressions often have dire and unpredictable consequences—Germany should be familiar with that story. Punishment isn’t what Greece needs. Placing the burden of politicians’ slimy deals on the backs of Greek citizens is illogical and counter-productive. Why hasn’t Yiannos Papantoniou, Minister of Finance between 1994 and 2001, been held accountable for the disaster he surely helped create? What about Costas Simitis, who served as Prime Minister for three consecutive terms between 1996 and 2004? And why on Earth is Karolos Papoulias still President, a post he’s held since 2005?

Germany wants to make sure those responsible learn their lesson? That’s fine. Make the Greek politicians pay. Expand oversight. Close weird loopholes like the one exploited by Goldman Sachs. Don’t punish those who had nothing to do with the crisis. But do provide badly needed emergency funds to the Greek government, at a low interest rate. Anything else makes the situation worse.

There is one statistic that effectively cuts through all of the clinical economic data and conveys the depth of the human tragedy unfolding in Greece: since the beginning of the crisis, the suicide rate has doubled. Doubled. For a country that used to have one of the lowest suicide rates in the world, this figure should be enough to make the rest of the world sit up and pay attention. While Germany scolds from atop its high horse, Greek citizens are hanging themselves from Athens’ lampposts.