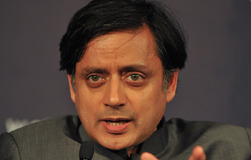 NEW YORK — On Tuesday, General Azem Bermandoa, a spokesman for Chad’s transitional military council, appeared on national television to announce that President Marshal Idriss Déby Itno of Chad died after sustaining injuries from clashes with rebels in the country’s northern region. The news comes only one day after Déby claimed victory in Chad after the country’s controversial presidential elections.

Since election day on April 11, rebels in the North of Chad have erupted in violence. Chadians believe that the election was unfair, as opposition leaders have been silenced and jailed by the regime. As a result, the Front for Change and Concord in Chad (FACT), a group of Libya-based rebels, ambushed a Chadian border post on election day. The rebels called for the liberation of Chad and have even claimed to have liberated a southern province of the country last week.

On April 19, Déby traveled to the North and stationed himself on the front lines in order to directly fight against the rebels, alongside the military. It was reported in this visit that there was significant loss of life following conflict between the government and the rebels, which caused both groups to retreat. There were also reports of gunfire in the capital of N’Djamena. Despite Déby claiming victory on Monday, he did not give a customary acceptance speech. Zen Bada, Déby’s campaign director, told reporters that “the candidate would have liked to have been here to celebrate, but right now, he is alongside our valiant defense.”

Multiple outlets reported that Déby died from the wounds sustained in the North, but still, there are many questions left unanswered surrounding the late president’s death.

Déby’s legacy in Chad is complicated. His reputation as a consistent violator of human rights has deeply tarnished his legacy in the country, despite having support from the United States and France. Western forces believed that his military was essential in defeating terrorism in the region and tackling organizations like Boko Haram. During his 31–year presidency, Déby led efforts to combat terrorism by attacking Boko Haram in Chad and in the neighboring country of Nigeria.

While Déby played a key role in stopping the spread of terrorism, opposition groups revolted against Déby and condemned his poor human rights record. Human rights violations in the country were often committed by security forces and policies that promoted repression of expression, election corruption, torture, poor prison conditions, sexual orientation discrimination, and significant inequality. But Chad has a long history of struggling with human rights violations; even before Déby took power in 1990, his predecessor, Hisséne Habré, was similarly known for infringing upon human rights.

But Déby was once a light of hope for the country. As a member of the Bidayat Clan of the Zaghawa ethnic group, Déby was elected as an outsider. In 1990, he led a rebellion in hopes of restoring order to the country. In his first term, Déby joined the World Bank and the International Monetary Fund to bring about economic stability — he also created a new constitution. While Déby made positive contributions to Chad in the 1990s, this narrative significantly changed.

Throughout his terms, Déby and his administration used several tactics to limit expression, association, and assembly.

“We have seen in the last five years, a close link between internet cuts and Chad’s important moments of political dispute,” Amnesty International researcher Abdoulaye Diarra wrote in a press release. “These disruptions impacting all internet users undermine freedom of expression.”

Netblocks, an NGO focused on monitoring cybersecurity and internet governance, reported that there were 911 total days of internet disruptions from 2016 to 2021. Among social media platforms, WhatsApp and Facebook were the forms of communication that were most targeted. According to Amnesty International, the administration tended to restrict access to the internet at times of political importance, like the 2016 election and the changing of the constitution in 2018.

Instances of repressing peaceful assembly have been common, especially in the past few months amid the country’s election period. In December 2020, a human rights defender was arrested and taken into custody after speaking critically of the regime on a local radio station. During the interview, authorities also arrested other journalists that were on the premises. And on February 6, when opposition members organized a protest against the country’s bleak economic, social and political situation, the demonstration was broken up and authorities sentenced the organizers.

Human Rights Watch and Amnesty International reported that Déby’s administration intimidated voters and prevented opposition candidates from exercising political freedom. As a result, the opposition party encouraged voters to boycott the election in order to delegitimize Déby’s claim to power. Reuters reported that in many towns, polling stations were empty.

But despite the low voter turnout, the government reported high voter turnout for Déby. Even with Déby’s death, distress and violence will continue to plague the country, as many Chadians refuse the results of the election. As Yacine Abderaman Sakin, head of the opposition Reform Party said, many “do not recognize this result.”

Amid the country’s political upheaval, Chad also faces deep social and economic troubles. And the country’s corrupt judicial system only exacerbates these stressors. Torture and poor prison conditions plague the country, with these problems becoming worse in the past year. The U.S. Department of State described torture in Chad as being “cruel [and]inhumane,” and prison conditions being “harsh and life-threatening.” Within prisons, food shortages, overcrowding, physical abuse, lack of sanitation, and inadequate medical care were all common. Prison overcrowding threatens the lives of inmates, and despite a significant increase in the prison population, the government has built no new prisons since 2012.

NGOs have also reported that water, food, sanitation, and health care were inadequate in prisons. As a result of the poor conditions, prisoners were vulnerable to getting COVID-19, HIV, tuberculosis and malaria, among other diseases.

And for minority groups, the situation is even more bleak. The LGBT+ community faces continuous safety concerns and lacks adequate legal protections. In 2017, Chad enacted a penal code that criminalized same-sex sexual relationships. Furthermore, there are no employment discrimination, housing discrimination, or general discrimination protections, same-sex couples cannot adopt and conversion therapy is not banned in the country.

Overall, quality of life in Chad has also worsened under Déby. Today, 66.2% of Chad lives in poverty. Moreover, 15.5 million Chadians lack access to modern medicine, which has caused vast health problems. On average, there are 500,000 cases of malaria per year, and lower respiratory diseases, such as meningitis, contribute to the high mortality rate. A lack of vaccinations in Chad has heightened Chadian’s vulnerability to get meningitis. These public health weaknesses are also exacerbated by the coronavirus pandemic.

The education system in Chad is also extremely weak. Less than 50% of school children are enrolled in school and the literacy rate for students ages 15 to 24 is 31%. Due to inadequate access to resources, schools are severely underfunded. The student to teacher ratio is 100:1, leaving many students without a quality education.

While the future of Chad is extremely uncertain at the moment, the president’s son, Mahamat Idriss Déby, will be taking over for the next 18 months as the head of the transitional military council. Following his term, new elections will be held in October 2020.

Currently, there is no clear person or party that will govern the country. As Douglas Yates, professor of African Studies at the American Graduate School in Paris, said in an interview with France 24, there are many people eyeing the presidency.

“What you’ll have are a large number of people who would like to be president of Chad rather than one unified opposition leader,” Yates said. “So, expect things to get messy during the transition.”