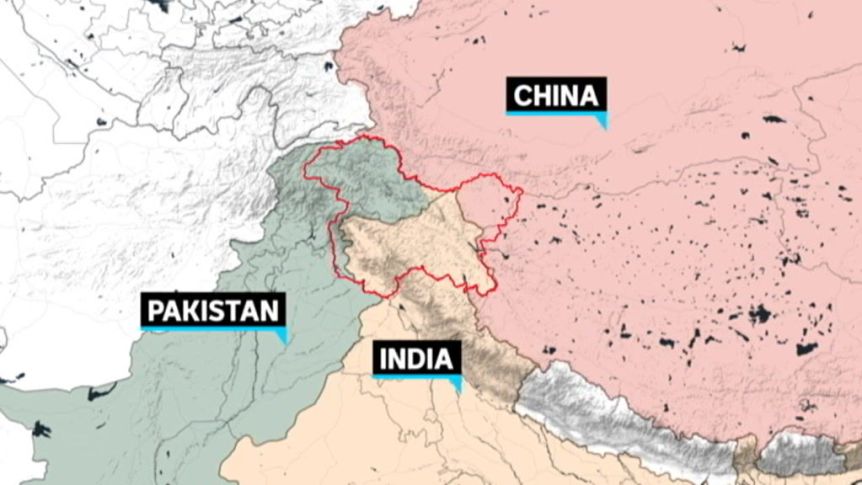 The Growing Tremor Between India and China

LOS ANGELES — The newly released Tamil song, “Enjoy Enjaami,” has taken the South Asian music scene by storm. Sung by Sri Lankan-Australian singer Dhee and Indian rapper Arivu, the song has touched audiences across India. As of September, the accompanying music video has reached over 300 million views — an unprecedented reach in the Tamil music world.

It is the first of many songs in a musical project sponsored by Oscar award-winner A.R. Rahman. While the song has seemingly resonated with people across the world, it features a political message specific to ethnic Tamils with ties to Sri Lanka. This is not the first time that politics has been a focal point of Tamil music. In fact, the artistry of Sri Lankan Tamil musicians across the diaspora has always been shaped by their political perspectives.

Incorporating pop, hip hop and traditional South Asian musical elements, “Enjoy Enjaami” describes the beauty of a pre-caste egalitarian society, but also tells the story of ancestral labor. Written by Arivu, the rapper featured on the song, the lyrical narrative references his family of landless labourers who were forced to move from India to Sri Lanka in the 1800s. After the liberation of Sri Lanka from British rule, the Sirima-Shastri Pact was signed in 1964. This pact split Tamils from India into two groups: those who obtained Sri Lankan citizenship and those who were repatriated into India. Part of the latter, Arivu’s grandmother was required to leave her sisters and move back to India, a country she had never lived in before.

In “Enjoy Enjaami,” Arivu describes the loss felt by those like her after nurturing their communities for generations, writing: “My garden is flourishing / Yet my throat remains dry.” Throughout the song, the connection between land, nature and the people are highlighted. To contrast both pre-colonial and post-colonial life, the political tone of the song is explicit and critical.

Arivu, who identifies simply as Tamil, is part of a new generation of so-called “anti-caste” hip hop artists. As a member of a popular band called the Casteless Collective, he has consistently explored themes in his previous songs, such as egalitarianism, oppression and education. His music celebrates popular activists such as anti-caste philosopher Dr. B.R. Ambedkar and uses political lyrics such as “Educate and organize.”

The rapper also expertly weaves different musical genres into these messages. At the end of “Enjoy Enjaami,” for example, his voice transitions from a steady rap to a lamenting wail as he sings “Bitter Gourd in my canopy / It has left us seeds / Left by our mother and father.” This style of singing is called Oppari, and was historically practiced during periods of mourning in Tamil Nadu, India. In an analysis by The Wire, the usage of this vocal form is described as a “cultural counter-narrative,” contrasting the discontentment of common people with the mainstream narrative of the privileged within South Asia. With this inclusion, Arivu has fully embraced his political label, describing his work as an extension of previous generations.

Interestingly, this attitude is evident throughout the scene of Tamil musicians from Sri Lanka. The most famous example of this is Mathangi “Maya” Arulpragasam, also known as M.I.A. While M.I.A gained celebrity status with her song “Paper Planes,” and her reference in a Nicki Minaj verse as the “bad b-tch from Sri Lanka,” she also captivated Tamil audiences with her passionate advocacy. As a London-born diasporic Sri Lankan-Tamil, she spent the majority of her mainstream career calling for international intervention in the human rights abuses perpetrated against Tamil civilians during the Sri Lankan Civil War.

The origins of the civil war between the Sinhalese and Tamil ethnic groups in Sri Lanka can be traced back to British colonialism. During this period, economic disadvantages within minority Tamil communities led them to search for educational opportunities. Simultaneously, British authorities placed more schools in Tamil dominated regions, allowing them access to a higher quality of education. As time progressed, Tamils acquired disproportionate representation within professions of higher status, causing animosity to brew between the Sinhalese and Tamils.

After Sri Lanka’s independence in 1948, the majority Sinhalese government began to pass policies that left out Tamils and other minority groups. As tensions rose throughout the 20th century, the Liberation Tigers of Tamil Eelam (LTTE) rose to power as a prominent militia group with the intention of re-establishing Tamil rights and power.

In 1983, the war officially began with riots against Tamils that extended across the country. Inspired by the guerilla warfare of Che Guevarra, the LTTE engaged in violence commonly used by terrorist groups: bombings, assassinations of world leaders, and suicide attacks, to name a few. Throughout the conflict, the Sri Lankan government also engaged in what the United Nations has labeled as human rights violations, including the murder of innocent civilians and the torture and rape of prisoners. In the last months of the war, which ended in 2009, it is said that more than 40,000 civilians were killed.

Today, while the LTTE no longer exists, the Sri Lankan government continues to mistreat Tamils without accountability, inching closer to an Sinhalese-controlled authoritarian regime. The grim reality of Tamils goes unnoticed in the international sphere, despite the best efforts of M.I.A and other artists to draw attention.

Tamil politics was at the forefront of M.I.A’s discography when she was an active musician; even in the hit “Paper Planes,” she inserts gunshots ringing in the chorus, a symbol of refugees like herself fleeing violence. Her debut album, Arular, was named after a secret code her father used with Tamil political groups fighting for liberation in Sri Lanka. Arular contains explicit themes of Sri Lankan resistance. For example, the song “Galang” references the need for marginalized groups to keep a low profile due to targeting by the government.

All of M.I.A’s albums are littered with references to these heavy topics shaped by her identity. From her rhetoric and consistent activism, it is clear that she sees the involvement of political themes within her music as a necessary instinct. In an interview with the Atlantic, she said: “If I lived in the land of marshmallows with unicorns flying around, that is what my art would be about. But unfortunately, what I know is what I know.”

Several other Sri Lankan diasporic artists have also discussed how they grapple with their diasporic identity and the politics of their native country. Sri Lankan-Canadian artist Shan Vincent de Paul, who has also released multiple songs as a part of A.R. Rahman’s ‘maaja’ project, revealed how observing the war from Canada was a privilege that left him with extreme guilt. Other Sri Lankan diaspora artists, such as Elsz and Rolex Rasathy, have echoed these sentiments. These musicians see their art as a pivotal form of expression and a way to wrestle with these conflicting feelings.

Historically, music has proven itself to be both a source of inspiration and a threat. During the war, a beloved commentator and actress named Isaipriya sang in Tamil musicals to show her fervent support for the LTTE. She reportedly died in conflict in 2009. In a video obtained by VICE, her naked dead body is shown while a Sri Lankan soldier asks to rape her again.

Since the end of the war in 2009, the government has played both Tamil and Sinhalese versions of the national anthem in an attempt to promote “ethnic harmony.” However, in 2020, the newly elected President Rajapaksa, unpopular amongst minority Tamils, scrapped the Tamil anthem at an Independence Day celebration. Clearly, the Sri Lankan government recognizes the power of music, purposefully harnessing it to send messages across the island.

Today, an era has arrived in which Tamil artists across the diaspora are on center stage and ready to represent Sri Lankan politics at an international level. While listening to messaging from these diasporic artists may seem like a last priority, the global nature of their art has the potential to reach the largest audience. These artists sample Western musical styles, are co-signed by award-winning industry professionals and sing not only in Tamil but also in English.

The world is also more receptive to the political messages they transmit. When M.I.A engaged in activism back in the 2000s, the world was not at the height of global activism. Now, with the rise of digital media, it is.

For anyone who is an avid music fan, it is time to pay close attention to these diasporic artists. Perhaps, the world will soon realize that South Asian music consists of more than just pop Bollywood movie tracks.

To listen to music from artists mentioned in the article, listen to the following playlist.

Krishni Satchi is a sophomore studying Global Health and minoring in Psychology and Law. She is deeply passionate about the intersections between international relations and medicine. In writing for Glimpse, she seeks to find and highlight global health and human rights-related issues. As a student at USC, she also works within the Health Sciences Education Program and conducts research with the USC Institute for Inequities in Global Health.