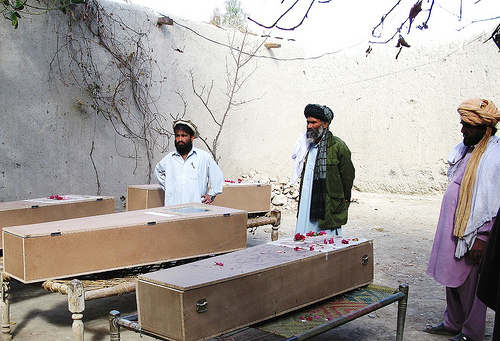 On Feb. 24, Russia launched their highly anticipated, yet much dreaded, invasion of Ukraine. The entire world was quickly brought into the conflict: state governments made calculated promises of aid and commercial companies halted operations in Russia as sanctions were imposed.

Cultural events were also affected by the war, especially in the world of sports. On Feb. 28, the International Olympic Committee (IOC) recommended that Russian and Belarusian athletes be suspended from competition. This has since been followed by major leagues across several sports, including tennis, hockey, rugby, and Formula 1.

Russian oligarch and owner of the Premier League’s Chelsea FC, Roman Abramovich, was ordered by the league to sell his team after being sanctioned by the British government. The Union of European Football Associations (UEFA), the host of the Champions League, banned Russian clubs from the competition and relocated the final from St. Petersburg to Paris. They also ended their partnership with Russian state-owned energy company Gazprom, a deal reportedly worth around €50 million annually. FIFA suspended the Russian national team, eliminating them from the ongoing World Cup Qualifying matches, and Russian skaters were banned from the World Figure Skating Championships, removing some of the best skaters from competition. Russian Formula 1 driver Nikita Mazepin, son of a Russian oligarch and known associate of Putin, had his contract terminated by the American-owned team he raced for.

The swift response of the global athletics community presents an image that sports are built on a solid foundation of morality and political sensitivity. But one only has to look at the history of institutional athletics with states across the world, and more specifically with Russia, to see that this reaction is an anomaly, not the standard.

For as long as they have been around, sports have been a cultural force, and one that best promotes their business by maintaining political neutrality. Even Nazi Germany was allowed to host the 1936 Berlin Olympics, despite their racist and antisemitic policies. In an effort to remain apolitical, these games did the opposite: they legitimized Nazi Germany as a member of the international community and overlooked their gross violations of human rights. In doing so, a playbook was provided on how to use sports as a political tool — one that Vladmir Putin has exploited countless times in his mission to create a more powerful Russia.

Vladimir Putin’s manipulation of global athletics is complex and multi-faceted, targeting both domestic and international audiences for different messages. On the home front, Putin has a history of using sports to promote images of a hyper-masculine, dominant Russian athlete, asserting strength and bolstering nationalistic pride.

Putin has also used sports to integrate Russia within the international community more firmly, hosting enormous events such as the 2014 Sochi Olympics or the 2018 World Cup. These events drew awe from spectators and proved Russia’s resurgent strength as its athletes racked up medals in important competitions.

But Putin’s dedication to Russian athletics was as inherently corrupt as his foreign policy moves against Ukraine. The desperate need for athletic dominance instead left behind scandals during the Sochi Games, as Russian athletes were caught in a long-planned, state-run doping scandal. As Russia cruised to victory at the Games, it was only the actions of a Russian whistleblower that exposed the scheme, which included at least 15 Russian medal winners. As a repercussion, Russia as a nation was banned from the 2022 Olympics and Russian athletes were forced to compete as members of the “Russian Olympic Committee.” Still, these consequences were not enough, as fifteen year old Russian figure skater Kamila Vlaieva was caught doping in Beijing.

But it was not just Vladmir Putin that corrupted sports. The international athletics community was not only negligent in their attitude toward Russian politics, but complicit in allowing Putin to use sports to distract the world from gross violations of international law.

The 2022 Russian invasion of Ukraine is far from the first time Russia has violated international borders. In 2008, Russia invaded Georgia in a short war that prompted little consequences from the international community. Still, Russia was allowed to host the 2014 Olympic games in Sochi. Three days after the games ended in Sochi, the Russian military invaded Ukraine and annexed Crimea. Once again, Moscow was allowed to continue with their plans to host the 2018 World Cup, despite the egregious crimes they had committed.

Putin and Russia have routinely weaponized sports for geopolitical gain without consequence, fundamentally removing any possible apolitical labeling of international athletics. The global community rewarded Putin for his illegal invasions, legitimizing Russia as a fair competitor and member of the international community when the blood had not stopped flowing from his actions. At least, until now.

In the face of harsh criticism from the athletic community, the invasion of Ukraine has destroyed the nationalistic pride Putin coveted from his people, especially when his own athletes spoke out against him. One example was Russian tennis star Andrey Rublev, who followed his semifinal win at the Dubai championships by writing “No war please” on the lense of the camera filming him. This messaging has eliminated an important tool that Putin used to legitimize himself internationally, and has highlighted Russia’s cultural isolation from the rest of the world, robbing Russian citizens of entertainment and perhaps increasing dissatisfaction with Putin. These athletic sanctions will also have long-term cultural consequences, depressing future Russian athletic talent, which in turn will have immense economic consequences.

It is possible — and highly likely — that sports sanctions alone will not stop the war in Ukraine. But they have ensured that Putin’s carefully cultivated image of strength and excellence is forever tainted, and has presented a renewed international determination to condemn Russia’s aggressive attempts to reorganize the geopolitical balance of Eastern Europe. Perhaps more importantly, these past weeks have shown that sports can never again be considered apolitical, and have ensured that sports will not be manipulated as a political tool. Rather, they can be used as a balancing force that all can understand, regardless of country or language.

Sports have always been political, despite claims of the opposite. The crimes against humanity committed by China leading up to the Beijing 2022 Olympics, the abuse of migrant workers in preparing for the Qatar 2022 World Cup, and the influx of Saudi Arabian money into British soccer despite their crimes against journalists are all ongoing examples of how the sports world has failed to stand behind human rights. Hopefully, the response of global athletics to the invasion of Ukraine will be indicative of a complete change going forward, and that their advocacy will extend to all corners of the world, not just select crises that are convenient to address.

My name is Maya Gomes, and I am a sophomore spring admit from New York city majoring in Journalism with minors in Sports Media Studies and International Relations. I have studied abroad twice in Spain and Italy, and I am particularly interested in the intersection of global athletics and cultural conflicts. Outside of school, I enjoy traveling and sports, and I am a long time New York Giants fan.