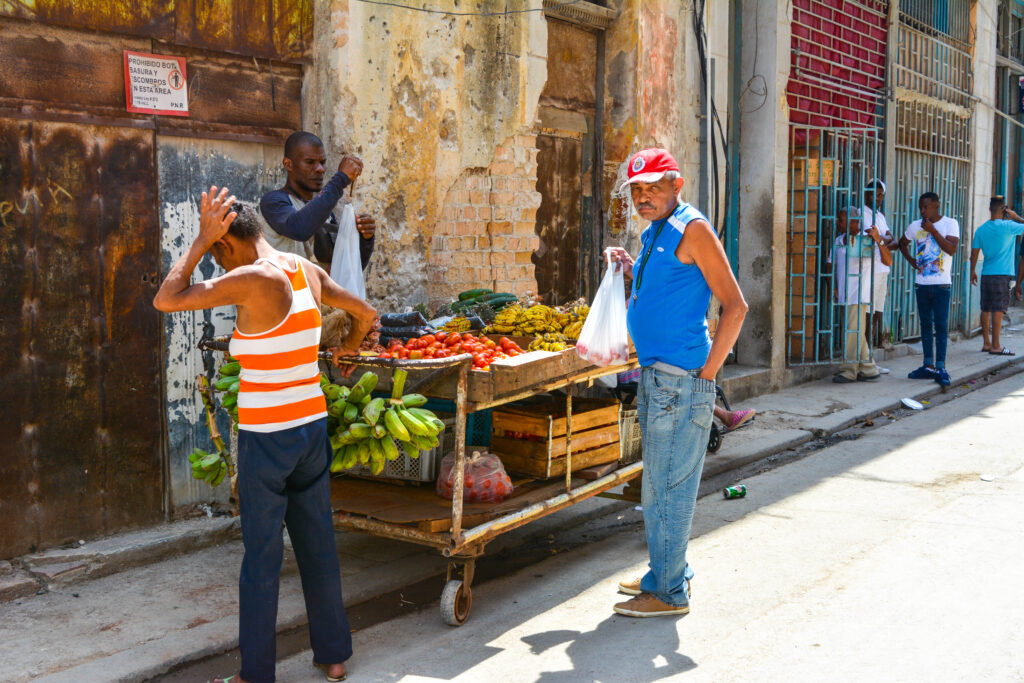 “All the people are free in Mauritania and this phenomenon [of slavery]no longer exists.” This strong assertion from Mauritania’s minister of rural development came after he was confronted by CNN about the shocking reports of enslaved dark-skinned Africans in the Muslim-majority country. This type ofgaslighting rhetoric and normalization surrounding slavery in Mauritania has led to agregious human rights and health violations.

History of Slavery in Mauritania

Geographically placed between Northern and sub-Saharan Africa, Mauritania is the meeting place between the dominating lighter skinned Arabs and oppressed dark-skinned Africans. The hierarchical dynamic between the two groups was established after centuries of Arab Moors raiding and enslaving native African villages.

Mauritania was the last country to legally outlaw slavery in 1981. After evidence revealed that slavery was still ongoing, international criticism pressured the country into passing a law criminalizing slavery in 2007. Following further pressure, a law was put into place in 2015 declaring slavery a crime against humanity. Although this legislation established an increased maximum sentencing of 20 years and allowed human rights organizations to bring cases on behalf of victims, it provided no protection for victims themselves. Since then, the prevalence of slavery is believed to have decreased from approximately 20% in 2012 to 1% in 2016. However, uncertainty still exists due to lack of cooperation from the Mauritanian government. Today, the enslavement of dark skinned Afro-Mauritanians and Haratines continues to be considered standard practice.

A Culture of Racism

The primary propagating factor of slavery in Mauritania is the culturally ingrained racism, causing it to be supported by both perpetrators and victims. In contrast to chained slaves being transported to the United States through the slave trade, Mauritanian slaves are entirely descent-based or chattel slaves. Generational slavery has created deep societal and cultural acceptance of dark-skinned Africans as inferior humans. In addition, several local Islamic leaders agree with and propagate the idea of slavery by teaching slaves that Allah wants them to be enslaved and obedience will lead them to heaven.

Many slaves internalize this belief, preventing them from seeking freedom. Individuals who wish to be freed from their masters are often shamed by other slaves who believe in the principle that their natural societal role is to be the servant. After being freed, some individuals are unable to come to terms with their freedom. Abdel Nasser Ould Ethmane, the co-founder of the prominent Mauritanian anti-slavery organization SOS Slaves, revealed that his former slave Yebabwa is still unable to consider himself a free man after decades of release. Likewise, many freed slaves feel dependent on their former masters and believe that they must show their gratefulness with continued servitude.

Impact on Health and Human Rights

Several reports have revealed the extent of abuse that enslaved people suffer at the hands of their masters. Several accounts of rape by masters, indirect infanticide, and permanent injuries due to torturous work have been exposed by multiple investigators. In one case, an enslaved woman named Fatimatou lost two of three children in the late 1980s after her owners prevented her from taking care of them during her work hours. Moreover, 71.3 births per 1,000 live births are to young dark-skinned girls that have been raped by their masters.

As a country, Mauritania has several problems with the quantity and quality of their healthcare. Ranked 155th out of 187 countries on the Human Development Index, Mauritania has a low life expectancy at only 57 years and poor access to safe drinking water and sanitation. This burden of poor health falls disproportionately on dark-skinned Mauritanians.

Due to this ingrained hierarchy, the health needs of slave owners are placed before their servants, leading to very few resources for the persecuted group. Maternal mortality rates are disproportionately higher for enslaved women. Sexual assault is prevalent among slaves and creates disastrous physical and mental health effects. Malnourishment is extremely common in slave children, and many slaves are forced to work without mercy in environments that compromise their health and immunity. Inequalities between these two groups also exist in un-enslaved people. Many newly freed slaves are targeted due to skin color and are refused food and shelter by many Arab business owners.

The Resistance (and the Lack Thereof)

Over the years, several organizations have been formed in order to draw attention to these dire human rights violations both domestically and internationally. The most prominent group is the aforementioned SOS Slaves organization, which has established two schools designated for newly freed slaves and worked to represent those who wish to escape. The United Nations also played a large role in the creation of the 2015 law declaring slavery a crime agaimst humanity and published a list of recommendations for Mauritania to combat this issue. Meanwhile, non-governmental organizations such as the Chicago-born Abolitionist Institute have started to publicize the existence of modern-day slavery to the Western world.

However, the Mauritanian government is actively resisting these efforts and continues to deny the existence of slavery. In one specific case, the government staged a fake rescue of a slave named Moulkheir and her young children, only to pass them off to a former Mauritanian colonel who re-enslaved them. Many anti-slavery activists have faced random arrests, torture, and detainment in remote prisons. The government has also explicitly banned the gathering of anti-slavery activists in a poorly veiled attempt to silence them. Simultaneously, the United States government and the French government have repeatedly squandered opportunities to critically engage with Mauritania on this issue. In fact, the United States has increased the number of deportations of dark-skinned immigrants back to Mauritania, with 79 individuals in 2018 alone.

The enslavement and effective torture of dark-skinned Mauritanians has made them victims of health-related disparities, severe physical violence, emotional distress, and the lack of free will. Given that members of prominent Western countries emphasize the freedom of their citizens on a daily basis, it is imperative that they now stand with the persecuted and enslaved Mauritanian people. Blatant human rights violations by countries aren’t rare; Libya was exposed by CNN in 2017 of having an expansive slave trade built on African migrants moving to Europe. The response to this atrocity was severe and repeated pushback from multiple African and European nations, and led to Libyan leaders committing to a mass evacuation of these migrants. Mauritania’s current role in modern slavery is a fundamental breach of human rights and must be criticized by all international players in order to spark an appropriate response.