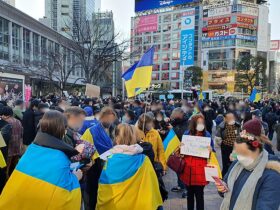 Boric won approximately 56% of the votes to Kast’s 44% — an unexpectedly large margin of victory after pre-election polls showed the gap between the two rivals narrowing in the final weeks before the runoff.

Boric embodies the leftward drift of Chile’s younger generations. He is not just the second millennial to lead a Latin American country after Nayib Bukele won in El Salvador, but is now the second-youngest world leader behind Giacomo Simoncini of San Marino. Late last year, Boric was propelled to the presidency by the strength of Chile’s student youth movement, which has criticized the mainstream left for its unwillingness to make necessary changes to traditional programs such as Chile’s troubled private pension system.

His opponent, conservative lawmaker José Antonio Kast, unsuccessfully tried to sway voters by portraying Boric as too young and inexperienced, likely to become a puppet of Chile’s Communist Party and spoil the country’s acclaimed reputation as Latin America’s most stable and advanced economy. The son of a German officer who served in Hitler’s army and a longtime defender of Chilean dictator Augusto Pinochet, Kast drew comparisons to former U.S. President Donald Trump and current Brazilian leader Jair Bolsonaro. Possibly inspired by Trump’s wall, Kast had planned to dig a ditch in the desert to stop migrants and pledged to crackdown on crime. Although his anti-migrant rhetoric resonated with many Chileans, many believe that Kast was likely defeated due to the majority of the country’s frustration with the right-wing, revealed by the consistently low approval ratings of outgoing conservative president Sebastián Piñera.

While more moderate than many on the far-left, Boric’s presidency will hardly represent middle-of-the-road politics. The president-elect has presented “a classically progressive agenda” that promotes the development of a welfare state, says Fernando Rosenblatt, a political scientist at Chile’s Diego Portales University. As a member of the left-wing “I Approve Dignity” coalition, Boric is focused on reforming the systems that many Chileans believe are the source of inequality in the prosperous South American nation: education, health care and government pensions.

Like much of the region, Chile is confronting acute levels of inequality, with much of the population hovering just above the poverty line, making it one of the most economically unjust nations in the Organization for Economic Cooperation and Development (OECD). Boric sees dismantling Chile’s neoliberalist economic system as the key to resolving inequality, proclaiming that “if Chile was the cradle of neoliberalism, it will also be its grave.” Thus, his victory has shaken international corporations and investment firms, which have long viewed Chile as one of the most market-friendly developing economies in the world.

Going hand-in-hand with his economic and social agenda, Boric’s plans also include a pledge to protect the environment and transform the country’s production model to make it less reliant on copper extraction, the country’s main export. During his campaign, Boric pledged to block the controversial Dominga mining project, reiterating in his victory speech that he will continue to oppose any mining initiatives that “destroy” the natural environment.

Boric’s ultimate goal, albeit ambitious, is to introduce a European-style social democracy to Chile that would expand economic and political rights and combat persistent inequality without turning toward the far-left authoritarianism embraced by the governments of Cuba and Venezuela.

The victory in Chile was the second of two major successes for the Latin American left-wing in 2021. In Peru’s June presidential election, Pedro Castillo, a rural teacher and union activist from a Marxist party, narrowly defeated conservative pro-business candidate Keiko Fujimori, the daughter of imprisoned former authoritarian leader Alberto Fujimori. It was a historic result for Peru, as Castillo became the first peasant to win the presidency.

“There are no cases of a person unrelated to the professional, military or economic elites who reaches the presidency,” said Cecilia Méndez, a Peruvian historian and professor at UC Santa Barbara.

Like Boric, Castillo wants to implement a socio-economic model based on increased government spending with the signature campaign promise of “no more poor people in a rich country.” His administration intends to expand tax revenues from 15% to 17% of GDP, aiming to reverse the economic damage caused by the coronavirus pandemic, which increased the poverty level to almost one-third of the population. Castillo plans to implement policies similar to those of his Chilean counterpart, including a strong vaccination campaign, the reopening of schools, and increased spending on healthcare, education and family farming.

Yet, unlike Boric, Castillo has proposed some policy ideas that have placed him even further left on the political spectrum, including the nationalization of the mining industry, which makes up 10% of national GDP as Peru is the world’s second-largest copper producer. Castillo has since softened his initial stance on nationalizing mining, opting instead for raising taxes on mining profits due to high copper prices, as he faces the reality of governing a politically divided country.

“We are left-wing, but we are not going to do crazy things,” insists Pedro Francke, the economy minister.

For his supporters, Castillo represents a rebellion against the Lima elite. Much like Boric, Castillo won largely because the pandemic exposed the socio-economic injustices in Peruvian society. Although they both embody the new South American left-wing movement, Boric and Castillo vary in a key aspect: their views on social issues such as abortion and same-sex marriage. Castillo, who leads the socially conservative faction of the otherwise left-wing “Free Peru,” is a devout evangelical Christian and has been vocal in his opposition to legalizing abortion and allowing same-sex marriage.

During his campaign, Castillo also vowed to expel illegal foreigners who commit crimes in Peru, giving them “72 hours… to leave the country,” a comment aimed at undocumented Venezuelan migrants. This rhetoric is highly unusual for today’s left-wing politicians, and it is a stark contrast to Boric’s more egalitarian and welcoming message on the issue. Nevertheless, despite their differences, Castillo and Boric represent a growing left-wing movement in South America, which is achieving important electoral victories and clamoring for fundamental change in the wake of a difficult last few years.

This rapid swing in political ideology towards the far left in Latin America is not occurring without precedent. In the early 2000s, what’s often described as a “Pink Wave” swept across the continent, spearheaded by the elections of Hugo Chávez in Venezuela and Luiz Inácio “Lula” da Silva in Brazil. A Pink Wave describes a surge of leftist, non-communist governments in a specific region.

The Latin American Pink Wave was notable for introducing an alternative model for economic growth, fueled by the commodity price boom of the time and increased social spending. In the mid-2000s, at the peak of the Pink Wave, three-quarters of South America’s population, or about 350 million people, were governed by a left-wing leader. By the time it reached Nicaragua in 2007, culminating in the election of Daniel Ortega, the Pink Wave was a phenomenon across all of Latin America.

In their early years, many Pink Wave governments saw success in reducing income inequality and unemployment in their countries, as well as overseeing a rapid increase in literacy. Yet, the commodity boom that fueled economic growth and helped fund the social programs that many leftist governments championed began to fade in the early 2010s. With less success in maintaining the rates of economic and social progress that the Latin American left had achieved in the 2000s, the Pink Wave phenomenon quickly subsided.

Over the last decade, the right-wing has largely returned to power on the continent, with figures such as Bolsonaro in Brazil, Iván Duque in Colombia, Mauricio Macri in Argentina and Sebastián Piñera in Chile. However, given their failures during the pandemic, both in containing COVID-19 and in managing the economic fallout, the political pendulum looks to be swinging back in the other direction.

Beyond Boric and Castillo, this new Pink Wave is expected to grow larger in 2022, with South America’s two most populous countries, Brazil and Colombia, on the cusp of also returning to left-wing politics.

Leftist Brazilian former president Lula of the Workers Party (PT), who governed the country from 2003 to 2011, is set to make a political comeback in next year’s presidential election. He currently holds a comfortable advantage in the polls, where he leads right-wing incumbent Bolsonaro 48% to 21%, according to a December poll by pollster Inteligência em Pesquisa e Consultoria (IPEC). Bolsonaro is struggling to regain voter support after his popularity tanked through 2021, largely due to his handling of the pandemic, which has killed over 600,000 Brazilians.

Unlike Castillo and Boric, Lula has announced little of his policy platform so far. Instead, he is focusing on portraying himself as a safe, stable and moderate choice in the face of Bolsonaro’s disruption. “The polarization is not between Lula and Bolsonaro: the polarization is between Bolsonaro and everyone else,” Lula told Reuters. One of the few topics he has taken a stance on is COVID-19, where he aggressively criticized Bolsonaro’s “genocidal” mismanagement of the virus.

Lula’s team has also indicated an interest in selecting a centrist running mate in an attempt to win over right-wing moderates who are unsatisfied with Bolsonaro. This would ease some resistance from Brazil’s business community, which has grown disillusioned with President Bolsonaro but still distrusts Lula’s PT and its social policies.

In Colombia, markets-friendly conservative president Duque has termed out and is deeply unpopular, posing an immense challenge for his party’s successor. Leftist Gustavo Petro, who promises a “green economy,” leads the polls with 42%, far ahead of center-left Sergio Fajardo, who sits at just 19%. A victory for the left in both Brazil and Colombia would solidify their roaring comeback in the 2020s and strengthen the case for those who argue that a Pink Wave is truly underway in South America.

If both Petro and Lula win, five out of South America’s six most populous countries will be governed by the left or far-left. This eye-opening trend on the continent begs the questions: Why is this monumental political shift occurring in South America? Why now?

One major explanation for why the electorate is so desperate for significant change is the devastating impact that the pandemic has had on the people and economies of the continent. The right-wing was in power in various countries as COVID-19 crushed national healthcare systems and killed more than a million people in the region. In 2020, Latin America’s household wealth per adult dropped 11.4%, more than any other region in the world. The deep societal inequalities exposed and exacerbated by the pandemic have created a crisis of credibility for the right-wing, as lack of access to social safety nets and adequate healthcare has left swaths of Latin Americans vulnerable to the health and socio-economic impacts of the pandemic.

“It has been the perfect storm for the left to capitalize on,” said Miguel Rodriguez Mackay, a professor at the Universidad Mayor de San Marcos and president of the Peruvian Institute of Law and International Relations.

Despite the significant political differences between the leftist leaders, the South American electorate is sending a clear message about what type of change they wish to see in their countries. With the new leadership of Boric and Castillo in Chile and Peru, and Lula and Petro on the cusp of successful elections in Brazil and Colombia, it seems like a second Pink Wave is truly underway.