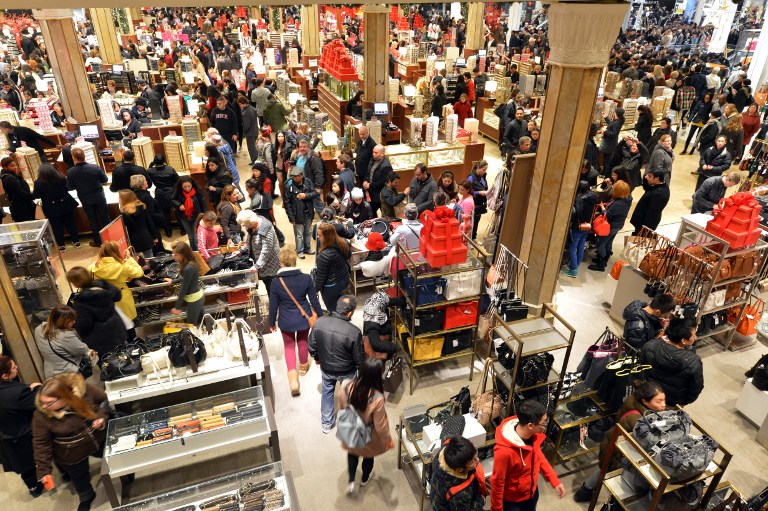 Throughout the week of October 20, 2015, 1000 family members pulled apart in the Korean War of 1950-53 reunited in an emotional meeting at Mount Kumgang resort, located on North Korea’s east coast. Fathers and sons, husbands and wives, and brothers and sisters who had been separated for more than sixty years wept and embraced each other. This reunion was only the second in the last five years.

The Divided Family Reunions were established in a historic North-South Korean summit in 2000 between the former North Korean dictator Kim Jong-il and South Korean President Kim Dae Jung, who won a Nobel Peace Prize that year for his efforts to engage the isolated North Korean state. The short family reunions were meant to be annual, but the worsening tensions between the two states prevented their regular occurrence. Instead, the divided families depend on the current political climate between the two Koreas to determine whether or not the reunions will occur.

The latest reunion was spurred by the uneasy truce reached on August 25, 2015, after military tensions escalated in the Demilitarized Zone (DMZ). The DMZ, which separates the Korean peninsula at the 38th parallel, is often called the “most heavily fortified border in the world.” On August 4, two South Korean soldiers were maimed by North Korean landmines, causing outrage in South Korea and an accusation that North Korea purposely planted the explosives near the military guard post. This incident triggered a rapid escalation of conflict; North Korea declared itself to be in a semi-war state and top US military commanders began reviewing the established plan for defending the border in case of an attack.

This episode called to attention, for both South Korean and American officials alike, that little is known of the newest North Korean dictator, Kim Jong-un. He continues to use the Divided Family Reunions as diplomatic tools for “rewarding” North Korea’s brother nation, as they were used under his father. With approximately 66,000 South Koreans on the waiting list for the reunions, North Korea clearly knows it holds a bargaining chip. The most recent meeting that occurred in early October reflect this—it was a reward for the successful resolution of the landmine incident. However, looking at the past five years of Kim Jong-un’s early reign, intelligence officials can agree on this much: he is implementing change in North Korea. It is interesting, then, to think of Kim Jong-un’s decision-making process when agreeing to host the 2015 Divided Family Reunions. What does his agreement tell the world of his political reforms and regime-strengthening strategy?

Change in North Korea is a new phenomenon and must be measured with a different standard than most other countries. The state has more or less remained the same as it was under Kim Il-sung, its legendary founder. Kim Jong-il, like his father, retained an extraordinary cult of personality centered on the idea that the Kim family protects Korea from outside invaders, particularly the US and its ally, South Korea. However, no matter how powerful this cult of personality is, change is inevitable. With a devastating famine during the 1990s – called “the Arduous March” – and the steady flow of outside information into the country, North Koreans are growing discontented with the regime. As is speculated by many top North Korean scholars, such as Professor Andrei Lankov of South Korea’s Kookmin University, by the early 2000s, Kim Jong-il himself recognized that the Kim dictatorship would not last for more than ten to twenty years. But with Kim Jong-il in his sixties by the time of this realization, he decided to let the status quo remain: he, personally, was safe. However, his son is only in his thirties and has just come into power. And it seems as though Kim Jong-un has decided that the time for drastic and widespread change is now.

Perhaps the first indication that Kim Jong-un was breaking from the established regime mold was when he purged his uncle, Jang Sung-taek, in early January 2013. Jang was thought to be one of the most powerful men in North Korea during Kim Jong-il’s reign, and it was even speculated that he might act as Kim Jong-un’s “regent” until the young dictator learned the ropes. Kim followed this shocking act by purging five out the seven advisors his father had left to guide him, with two confirmed as executed. His other regime changes include reforming North Korea’s agricultural system, changing it from one of virtual servitude to one of sharecropping. He has also quietly allowed a widespread economic upturn with the acceptance of private enterprise, a change from North Korea’s traditional government-controlled system.

With these large reforms, one must wonder the reasons Kim Jong-un has kept his father’s practice of Divided Family Reunions. Kim Jong-il himself was not fond of them, as they brought outside information to the closed state. The influx of knowledge was the main reason Kim Jong-il believed his regime was crumbling; it incenses and mobilizes the North Korean public, inherently threatening and weakening the regime. Excluding the information that North Korean participants could learn from their South Korean families, even their physical differences, such as the large height gap between the two peoples, sheds light on the difference in quality of life.

With all of the potential costs, what are the benefits Kim sees? For one, the talks hold an economic significance for North Korea. The reunions are held at Mount Kumgang resort, which was once a large tourist draw for South Korean visitors. Insisting on holding the reunions at this resort could suggest a desire to stimulate tourist interest once again. Holding these reunions on North Korean territory also provides the closed dictatorial regime with some protection and control over their citizens’ movements. For additional protection, the multiple video cameras and microphone bugs set up in the reunion room ensure that the North Korean participants only spout propaganda to their families’ inquiries on quality of life, promising that they are happy and content with their leader.

The manner in which Kim Jong-un utilizes these events will give outside nations a clue towards his regime-strengthening strategy: will he halt the meetings in order to close off North Korea even more to the outside world, or will he continue them, as a part of his reform akin to allowing the growth of the private sector? The reunions could also serve a larger purpose under the younger Kim’s regime than his father’s. The age of the family members gives the reunion talks a sense of urgency, and Kim could use this urgency as a larger incentive for successful negotiations with South Korea than his father could. Ultimately, Kim remains an enigma to the international world, but his approach with reunions could illuminate his regime agenda.

Hanna Jolkovsky is senior at the University of Southern California, where she is double majoring in International Relations and History and minoring in Korean Studies. Her focus is on the history and international relations of the Pacific Rim, with an emphasis in security. She values traveling and studying abroad in order to understand the intricacies of different nations’ political and social conflicts. She studied overseas at Ewha Women’s University in Seoul, South Korea during the summer of 2013, and spent the spring term of 2015 studying History and War Studies at King’s College London. She spent the summer of 2015 conducting field research regarding Arctic Council Governance and climate change issues in Iceland, Norway, and Finland with Vice Dean Steven Lamy. Hanna joined Glimpse from the Globe as a Correspondent in 2015.