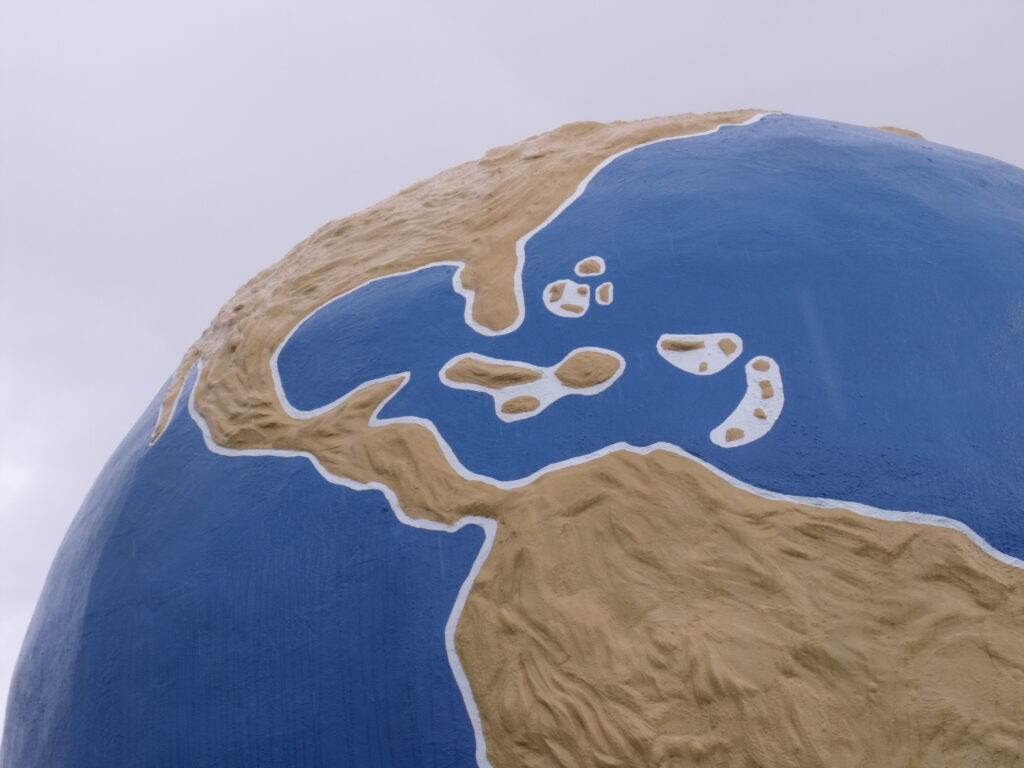 Toward a Continental System

By Talia Tao and Alicia Liu

Trigger Warning: This article contains material about sexual assault that may be sensitive for some readers.

LOS ANGELES — Earlier this year, a teenage influencer named Du Meizhu publicized her experience of being seduced and raped on Weibo, China’s Twitter-like social media platform. The alleged rapist was none other than one of the most powerful and popular idols in China and across East Asia: Kris Wu.

Wu was part of EXO, one of the first K-pop boy bands comprising Chinese nationals that gained popularity in mainland China. The group exemplified the concept of an “idol,” which is a pop culture celebrity who, in this case, is in a music group and is engaged in all aspects of the entertainment industry, from modeling and acting to singing and dancing.

Thriving on the popularity of the group, Wu has acquired over 49 million followers across social media. Wu is popularly known as a model, a singer-dancer and an actor. But the fan economy surrounding Wu is equally impressive. Given that the under-35 demographic accounts for more than half of China’s consumption growth, it’s no mystery how Wu was able to gain major brand deals. Recently, his partnership with Burberry beginning in 2016 exemplified his fans’ economic impact; Burberry saw “a mid-teens percentage growth” in China during its first quarter.

So when news of the allegations against Wu surfaced, discourse within China’s fandom communities erupted. Du’s allegations, and the string of online feuds that followed, were trending on Weibo for weeks. One month after the news, Wu lost all his endorsements and business deals in China. Two months later, Wu was detained and subsequently arrested.

But Wu was not the only idol who was knocked off their pedestal.

Zheng Shuang, one of China’s most popular actresses, was censored by the Chinese government after it was revealed that she abandoned her two surrogate children in January. She was also fined $24.6 million for tax evasion. Zhang Zhehan, a young actor who recently gained his fame as the co-lead in the television show Word of Honor, was boycotted against after performing Nazi salutes and visiting Japan’s controversial military shrine honoring war criminals who were involved in the Rape of Nanking. Huo Zun, a singer who rose to fame with his popular love songs, was exposed by his nine-year ex-girlfriend as a serial cheater who shared intimate details of their relationship in an all-male group chat and planned their breakup as they were planning their wedding. And Zhao Wei, one of China’s most prominent actresses, was “erased” from the Internet because of her involvement in various scandals, ranging from insensitive political statements to financial fraud.

These celebrities, despite their wide range of offenses, have one thing in common: a wide following of young fans. In several extreme cases, these fans have shown their dedication to these celebrities by threatening to “break their idols out of jail.” Disapproval toward fans’ unwavering and, often extreme, support for their idols is a widely held attitude — especially since individuals can often be targeted by fandoms for not supporting a particular idol. In one instance, a middle school student was kicked out of class after criticizing the singing of their teacher’s favorite idol. Unregulated digital “stan” culture in China has filtered into every aspect of daily life, and many believe that it is harming the country’s youth.

This was the basis of the Chinese government’s Operation QingLang (清朗, which translates to “cleansed and uncontaminated”), which, in the past three months, has focused on tackling five major issues surrounding its netizens.

First, the government asserts that idol shows essentially “seduce” young fans into buying the popularity of their idols through fundraising and purchasing votes. Idol shows, which are reality talent shows that select young idols to debut in a girl or boy band, rose in popularity as a way for fans to show their support. This was most evident in Youth With You 3, a competitive talent show for male idols to debut in a boy group. Young fans purchased thousands of cartons of yogurt, using the caps to vote for their favorite group. Afterward, these yogurts were all poured down the drain.

Additionally, Operation QingLang takes issue with the pattern of trolling, slandering, and cyber sleuthing in these online communities. Online discussions surrounding an actor’s performance can quickly turn sour into mudslinging debates and personal attacks. The fans of Bai Lu and Luo YunXi, the co-leads of Love is Sweet, for example, launched full-on arguments between each other and temporarily suspended all fan accounts to pressure them into canceling another show together.

Idol culture also leads fans to flaunt their wealth. Many teenagers drain their parents’ wallets by purchasing virtual gifts for their idols during their live shows. Some fans purchase thousands of yuans of merchandise from their shops, stocking up on 100 copies of the same magazine. All of this is done in the name of “support” for their idols. However, the classist nature of this practice can often lead to controversy. Using financial means to support one’s idols implies that fans who can spend more are often viewed as being more “loyal.”

Another issue highlighted is that online fan accounts organize fans, hire people to post, and sponsor content to spam the web and manipulate comment sections, either to boost the reputation of their idols or to escalate a celebrity’s personal matter to the level of social injustice. Weibo has published an official notice suspending 159,000 accounts that have routinely engaged in this behavior.

Last but not least, the industry influences public opinion by newsjacking or hyping up individual celebrities, often spreading misinformation and shifting the focus towards celebrities. During the Henan floods, for example, some celebrities and influencers faked their donation records and volunteer participation to create a facade of being engaged in social welfare.

Since the publication of these five guidelines of Operation QingLang, Weibo suspended its seven-year-old function of ranking celebrities or famous celebrity couples by popularity. Subsequently, it reached out to the studios of Wang Yibo and Zhao Liying, two prominent actors that starred in the Chinese television drama Legend of Fei, requiring them to guide and regulate fan comments.

The operation has not stopped at celebrity pop culture. In a follow-up statement, the China Securities Regulatory Commission stated that investigations are starting within major social media platforms, including WeChat, to shut down “‘self-media’ accounts that misinterpret economic policies, maliciously cry down the financial market and blackmail.” In other words, the government is actively castigating irresponsible individuals who misinterpret economic policies to generate mass panic in their followers and profit off of that panic.

Government action has also branched into generalized usage of internet space by minors, limiting their online gaming times. They have also ratified specific policies, now being implemented by individual social media sites, to crack down on unhealthy chat groups and discussion rooms, as well as censor softcore pornography videos that prey on teens’ undeveloped minds.

Operation Qinglang has called for an end to a long-existing problem in the entertainment industry. Celebrities get wide coverage on social media platforms and are considered as some of the most influential figures in China. However, instead of using their influence to encourage positivity and advocate for morality, many have manipulated their fame and popularity for personal gain.

Prior cases have demonstrated the Chinese government’s zero-tolerance on celebrity misconduct. In 2018, Chinese actress Fan Bingbing was reported for tax evasion. By lying about her total earnings from a film she participated in, Fan was able to evade 7.3 million yuan (about $1.129 million today) in taxes. After the incident was exposed, Fan turned from a world-known actress to a pariah. Prior to Fan, actors and singers who had been accused of prostitution or had drug charges were also prohibited from appearing in Chinese media.

The consequences faced by Fan and other disgraced celebrities were warnings for the entertainment industry. Celebrities are clearly aware of the cost of their misconduct, but as demonstrated by current scandals, many still refuse to learn from the past. This makes Operation Qinglang all the more imperative.

Moreover, the operation also aims to reduce corporate influence on social media. In order to attract more audiences and earn more profits, businesses not only disregard celebrity misbehavior but also indirectly encourage social irresponsibility. The pouring of thousands of cartons of yogurt was evidence of how companies try to gain as much profit as possible while neglecting the consequences. When the company designed the caps with QR codes inside, it only thought about attracting more fans to purchase their product. However, the company failed to address the social and environmental effects of this promotion, as fans overconsumed and discarded tons of yogurt to support their idols.

International news outlets have reacted to Operation Qinglang with mixed feelings. The New York Times commented that the Chinese government is taking a rather “assertive role to clean up unruly fan clubs and discipline celebrities.” Reuters also described the government’s rules on media content as “stringent.”

However, it should be noted that fan clubs and undisciplined celebrities have drawn criticisms on Chinese social media for years. In 2020, fan groups of Chinese actor Xiao Zhan got into a cyberwar against a group of anti-fans. At the center of this war was a fan fiction site that published a novel featuring Xiao Zhan as a homosexual cross-dressing teen, enraging fans. During this standoff, many people were doxxed and their personal information was exposed online. State media sites such as the Procuratorate Daily claimed that fans should be more sensible and respect fan fiction and LGBT culture, but this sentiment was rebuked by fans. The cyberwar lasted nearly a month, creating a toxic environment across social media.

It is undeniable that regulating fan groups will limit freedom of speech to some extent. However, the incident with Xiao Zhan has shown that without proper guidance and regulations, fan groups may eventually become uncontrollable, leading to dangerous digital consequences.

Operation Qinglang was not initiated on a whim. Instead, it reflects the long-standing issue of excessive fandom culture in China. Fans’ unconditional support for idols has perpetuated their harmful and sometimes illegal conduct, as well as created social division in the online space. As China’s younger generation increasingly engages with the entertainment industry, a guiding hand, or even a relatively firm fist, is the most effective way of turning the situation around.