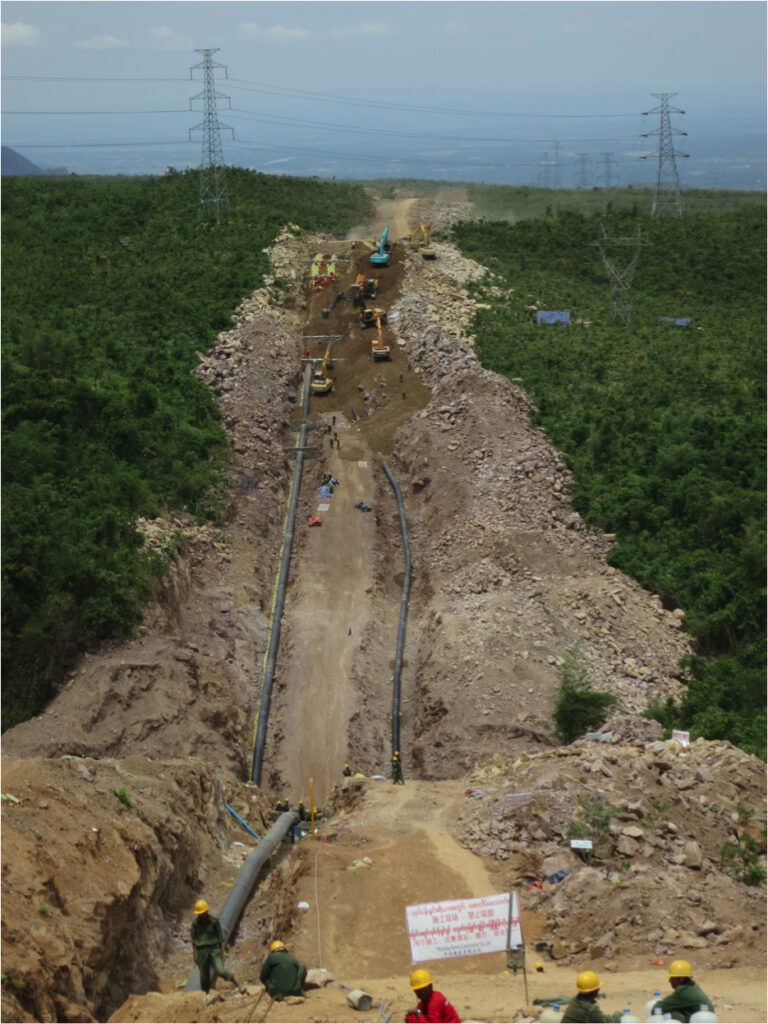 The Bear and the Dragon

Astra-Zeneca, Pfizer, Moderna, and now Sputnik V. Finally, one year after the global start of the COVID-19 pandemic, it seems like there is a light at the end of the tunnel as a result of the marvels of modern medicine. The collaborative and international effort to create an effective coronavirus vaccination has been incredible to witness. From the first vaccination of a grandmother in the United Kingdom to the ensuing wave of politicians taking a dose publicly in an effort to build trust in the vaccine among their constituents, better days seemed to be around the corner.

However, from the beginning, it has always been known that storing and distributing vaccines would be a tall task. Everything from road conditions to human error can squander life-saving doses. Recently, just a single unplugged cord, knocked loose by a cleaning contractor, rendered 2,000 vaccines in a Boston hospital useless. These are the frustrating — yet inevitable — realities of needing to develop vaccines quickly and effectively, but not having time to consider convenience.

Those lost doses are often a result of factors outside of human control. However, hundreds of thousands more lives are being put at risk by the most pervasive and permanent virus of all: greed.

But there are currently global coalitions working to ensure that vaccine rollout is equitable. COVAX is a cooperative set up by the World Health Organization, Gavi (the Vaccine Alliance), and the European Commission in order to ensure the equitable distribution of vaccines. The coalition’s broad goals are motivated by the vision that no matter a country’s prosperity or wealth, they will have the right to protect their people and have equal access to vaccinations as they are developed.

The COVAX facility maintains a diverse portfolio of vaccines and essentially gives lower income countries collective bargaining power to ensure that manufacturers deliver appropriately and in a timely manner. It is made up of both ‘self-funding’ countries and countries in need, and is primarily funded by member states of the WHO and funding from external sources. A separate COVAX Advance Market Commitment (AMC) acts as a vaccine fund, made up of a mixture of foreign aid and philanthropy from the private sector. Under the Trump Administration, the United States announced its withdrawal from the WHO, citing corruption and political favoring toward China. However, the Biden administration, in its first days in office, announced the United States’ recommitment to the organization, and as a result, the COVAX alliance.

Former President of Liberia, Ellen Johnson Sirleaf, told The World radio that “this is an interdependent and interconnected world. [COVAX countries] have to see vaccines as a global good to be able to save humanity — and humanity is worldwide… they cannot treat it as apartheid [and]they cannot say because you’re poor, you will not be vaccinated, only the rich will be.” COVAX is supposed to be a multilateral effort demonstrating the public health impact of the world coming together, with wealthy nations extending a much-needed hand to the world’s poorer economies.

For example, Canada, a G7 nation with the tenth-largest economy in the world, invested $440 million in COVAX. While most wealthy countries are buying their vaccines directly, Canada instead intends to use half of their contributions to buy vaccines through COVAX for their own people. Trudeau is facing harsh criticism for Canada’s disjointed and ambiguous coronavirus protocols; after all, Canadian leadership initially called the virus a low risk to their nation, and delayed a comprehensive response for far too long. More recently, Canada has been widely criticized for their ineffective plan for how to distribute their doses to the masses. Perhaps Trudeau views COVAX as a way to bail him out of an unfavorable political dilemma — one that was entirely the fault of his administration — instead of as a way for Canada to contribute to global recovery.

While it is the only G7 nation to benefit from COVAX thus far, other countries further along in their coronavirus response like New Zealand — who found success in combating COVID-19 as a result of proper planning from the government — are following suit. Canada already owns the highest number of doses per capita, even before COVAX doses start rolling out in February. In contrast, only one out of the 29 poorest nations have started vaccinations. But this first step forward is nowhere near where the world needs to be quite yet. For the west African nation of Guinea, the country had only a whopping 55 shots delivered to them.

Outside of COVAX, it was clear from the outset that money could buy human security during the pandemic. Israel, for example, was extremely aggressive in prioritizing the safety of their people and securing vaccines early. According to Prime Minister Benjamin Netanyahu, the government paid double for earlier access to Pfizer’s jabs. The reverse side of that coin is a case like South Africa’s. South Africa has acted similarly to Canada in that its leadership failed to take quick and decisive action to invest in a recovery plan. The Serum Institute of India (SII), where the Astra-Zeneca vaccines are made, sells its doses in a tiered system based on wealth. South Africa qualifies as a middle-high income country, yet has nowhere near the economic capacity of Canada. Therefore, they have to pay $5.25 per dose. To put that in perspective, European countries pay around $2.17 to $3 for each of their doses. The SII justified this by stating that some countries were entitled to a discount due to their contributions to research and development.

Canada and South Africa are two countries with poor leadership and poor initial action against the virus; the former and far wealthier was able to exploit a system designed to redistribute resources regardless of wealth by having enough wealth to do so, while the latter and far poorer continues to lag behind and pay a premium they cannot afford.

It’s clear that there is cognitive dissonance between the stated goals of COVAX, the pharmaceutical companies, and participating nations. In order for any form of equitable distribution to happen, countries who can afford it must reap more than they can sow, yet there is no willingness to do so on a country-by-country basis. The WHO warned of the dangers of “vaccine nationalism,” greed and price-gouging, and the effects of these concerns are already materializing.

COVAX has played into the wealth-based inequality which it originally postured itself against. While thousands continue to die worldwide because their countries can’t afford for them to survive, Moderna charges upwards of $32 per dose, making a healthy margin on saving lives; the vaccination effort has created billionaires and will bring in tens of billions in profit for leading companies while our global economy at large is threatened and strained.

How do we let money take precedence over life itself? Does the DNA of a virus alter because of the presence of money? Do resources disappear when money disappears? Does scientific research become unlearned because of a lack of funds? These complex problems reflect a complex issue with complex answers. The fine line between economic interest and economic necessity is blurred.

The world has to develop antibodies for greed. Combatting COVID-19 is a global effort, because unless vaccinations are administered in every country and to all people, the virus will continue to adapt, mutate and infect. This public health crisis has demonstrated that current approaches with self-interested goals will not work. And while coalitions like COVAX are a good first step in eliminating that greed, individual leadership within each country must step up to act now.

Dariush Onsori is a senior majoring in International Relations Global Business and minoring in Computer Science. Especially as an Iranian-American, foreign affairs and the nuances that shape them have always fascinated him. Darisuh has previously interned in the French Parliament. In his free time, he enjoys being outdoors in nature as much as possible, exploring (and trying to make) music, and getting mad at my TV when the news is on!