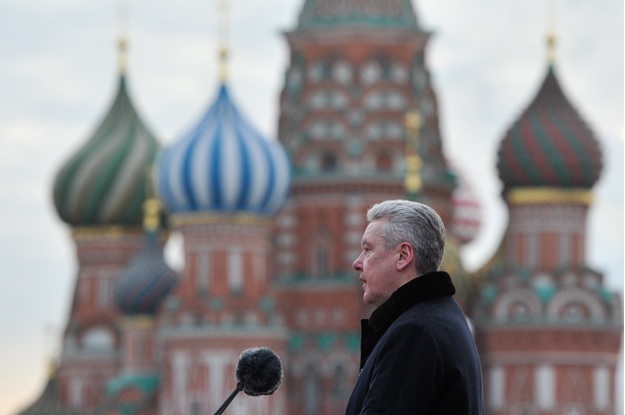 While the world watches Ukraine, we must not consider this an isolated case. Conflicts that froze at the end of the Cold War have begun to thaw in the 21st century. How the world responds to this international conflict will set a precedent for ongoing territorial disputes in East Asia and around the world, as well as future disputes that have not yet arisen. We are at a precipice, and global leaders must consider what their actions in this situation will mean for the next crisis.

Leaders know this, and while the future of the current conflict remains unknown, some elements are easier to predict. For example, last week, the UN Security Council (UNSC) voted on whether or not to adopt a resolution condemning the Russian invasion of Ukraine.

Thanks to Russia’s P5 seat at the table, and consequent veto power, the resolution was doomed to fail. Indeed Russia vetoed, 11 countries voted in favor, while China, India and the United Arab Emirates abstained. Despite claiming other reasons, these nations are wrapped up in their own territorial disputes — India in Jammu and Kashmir, the UAE in the Persian Gulf and China in Taiwan, the South China Sea, etc. A vote to call for the end of the Ukrainian dispute could come back to bite a nation such as China if it were ever to engage in Taiwan or elsewhere.

The UN General Assembly swiftly passed its own resolution on Russia’s invasion of Ukraine, though U.S. Ambassador to the UN, Linda Thomas-Greenfield, voiced her opinion on the UNSC vote: “Let me make one thing clear. Russia, you can veto this resolution, but you cannot veto our voices, you cannot veto the truth, you cannot veto our principles, you cannot veto the Ukrainian people,” America’s position is at odds with itself – willing to help but not where it counts. Many are criticizing the current inaction of the United States.  NATO has refused to deploy troops in or declare a no-fly zone over Ukraine due to the fact that it would require policing, and any direct combat would draw the West into the conflict once and for all.

While there is no easy solution, ambiguity is dangerous. The lack of clarity on Ukrainian NATO membership (a promise with no due date) helps no one. A legacy of overpromising and under-delivering weakens U.S. credibility, all while Zelensky begs for honesty, insisting “an open door is good, but we need open answers.” Nothing prepared Ukraine to fight this war alone, and whatever decision the world lands on, clarity is needed.

When looking deeper into the situation in Ukraine, this is evidently not a new issue; the geopolitical situation has been tense for the last decade. In 2014, pro-Russian leader Viktor Yanukovych was ousted in favor of a pro-Western government, and Russia annexed Crimea, the southernmost part of Ukraine, shortly thereafter. Due to the fact that Ukraine’s eastern Donbas region is sympathetic to the Russian cause — as evidenced by a political divide and significant ethnically Russian population — separatist groups aided in the recent Russian invasion.

This phenomenon is not limited to Ukraine, as many de facto states throughout Eastern Europe remain at odds with their de jure nations. As the Union of Soviet Socialist Republics dissolved and former satellite states gained independence and their pre-Soviet territory, unrest began to emerge in certain regions. These areas claimed their own independence and territories but have failed to achieve international recognition of statehood. Known as de facto states, these governments consistently clash with their de jure leaders, as they must rely on the larger country to facilitate international diplomacy and trade.

South Ossetia, for example, has been Russian-occupied since the 2008 Georgian War and claims independence from Georgia. Located on the Russian border, in and around the Caucasus Mountains, this de facto state could become a gateway to Georgia, should Russia pursue further expansion. Additionally, de facto states exist throughout Eastern Europe, and are not limited to the Russian border. While each warrants a case-by-case consideration, de facto states cannot be overlooked when observing Russian sympathy in the region. The issue of territorial sovereignty is not only limited to the hegemonic tendencies of the Russian Federation but of hegemons worldwide.

Beyond Russia and Ukraine, China has its eyes set on Taiwan and is closely watching to see how Russia is treated following the nation’s disregard for Ukrainian sovereignty. If limited sanctions and UN condemnations are all that the world is willing to do, China could see the current global response as a green light to pursue control of Taiwan or the South China Sea. Sanctions would not hurt the Chinese as much as Russia, and while China owns U.S. debt, any financial consequence is a risky move.

Territorial tensions are high, and consequences now will inform actions later; as the world looks to Ukraine, we must look to the world.

Isobel Smith is a junior majoring in international relations. She is from New Zealand and is interested in the nation’s affairs as well as how they interact with the rest of the world. Outside of Glimpse she is involved in USC’s Model UN team, Delta Phi Epsilon, the university’s foreign service fraternity, and Make it 16 New Zealand. In her free time, she enjoys exploring nature and LA.