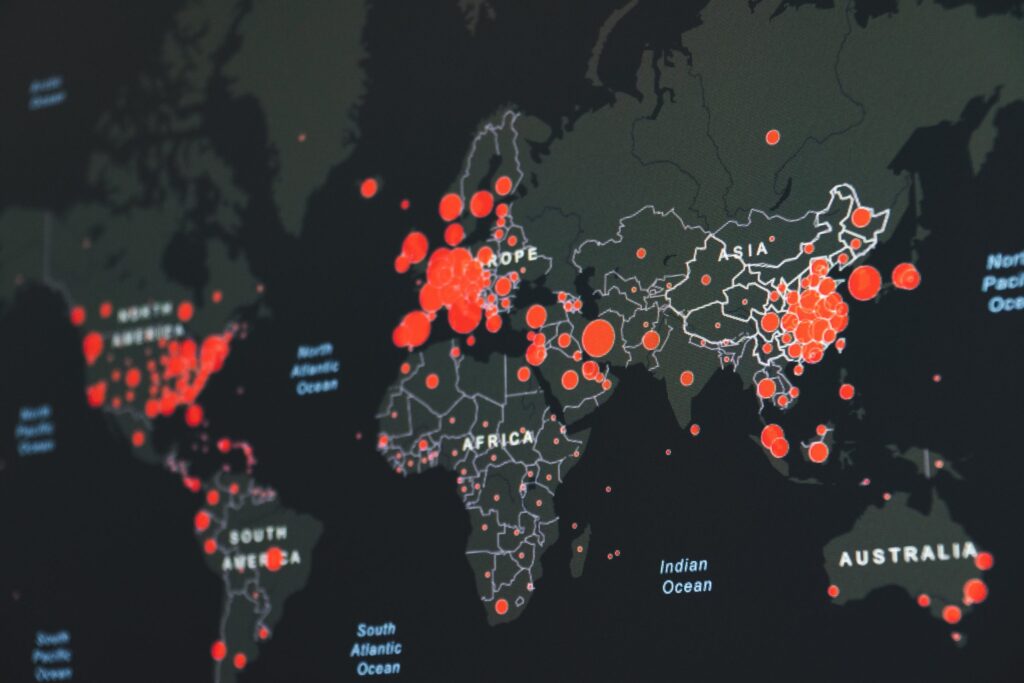 The U.S. Must Rethink Its Untimely Departure from the World Health Organization

The recent development in the talks between the Kingdom of Saudi Arabia and the People’s Republic of China to price about 25% of new oil contracts in yuan has increased worries about the status of the U.S. dollar. Presently, the vast majority of global oil contracts are priced in U.S. dollars. However, in recent years, China’s currency — the renminbi (denominated in yuan) — has grown in relative strength.

Some market analysts have even gone so far as to predict that the renminbi will replace the dollar as the world’s unofficial reserve currency. China’s recent talks with Saudi Arabia appear to portend just that.

First, it is necessary to address what a Chinese deal with Saudi Arabia would look like. Quite frankly, it would not do much to change the United States’ position.

Fundamentally, the U.S. dollar is still the preferred currency to hold around the world, with 58.81% of world foreign currency reserves being held in dollars. Changing how a small amount of oil is priced — about 25% of Saudi Arabia’s exports, or 2% of the world oil trade — would not substantially change that.

Furthermore, in 2009, analyst Dean Baker, senior economist at the Center for Economic and Policy Research, noted that it doesn’t matter “if the euro, the yen, or even bushels of wheat were selected as the unit of account for the oil market….If oil were priced in either yen or wheat it would have no direct consequence for the dollar. If the dollar were still the preferred asset among oil sellers, then they would ask for the dollar equivalents of the yen or wheat price of oil.”

It appears like the United States’s position at the top of the economic hierarchy is unyielding as long as dollars are the preferred currency in which to do business. So far, that doesn’t look like that’s going to change anytime soon: the nominal broad U.S. dollar index is near historic highs and dollars are still the go-to currency for trade in almost any good. In the short term, the U.S. has little to fear from a deal between Saudi Arabia and China.

In order to provide Saudi Arabia with the stability it needs to price oil in yuan, China will need to continue its trend of currency reform. In the past, traders have balked at using the renminbi in trades, as China exerts a large deal of control over the renminbi by pursuing repeated devaluations and keeping a very opaque bond market. In the status quo, China cannot match the liquidity or stability of the U.S. dollar.

The only way in which China could develop a sustained oil trading relationship with Saudi Arabia is by adopting reforms which would liberalize the renminbi. As an extremely marketized commodity, oil trades are very sensitive to shifts in the value of a currency over time. To ensure that Saudi Arabia is willing to trade oil in yuan, China would need to commit to the consistency of its currency.

More yuan-denominated trades would require China to open up bond markets to finance any shifts in the balance of payments. Both of these reforms would signal a great liberalization of the renminbi.

Chinese liberalization has been a goal of the United States for decades. Although some have questioned China’s moves toward liberalization, metrics show that they have been working.

Take, for example, China’s accession to the World Trade Organization (WTO). Although China’s liberalization measures have not met the most aggressive targets, China has still massively reformed its markets since joining the WTO in 2001. As a member, China has been required to reduce barriers to trade, decrease its stake in state-owned enterprises (SOEs) and become more transparent with its financial and monetary practices.

These changes have made China a much more attractive place for business from U.S. firms, as China represents a large market for raw material exports. Although concerns about intellectual property protections frighten some of the holdouts, every metric shows that China is improving in this field as well.

Trading a small portion of the U.S. dollar’s hold on the world economy for greater liberalization on behalf of China is a good deal. Since joining the WTO, China’s liberalization of its economy has caused U.S. households’ purchasing power to increase by $1,500 and supports 2.6 million U.S. jobs. Further liberalization would only strengthen this trend, supporting more American jobs and lowering prices for U.S. consumers.

Even as China liberalizes and the renminbi grows, it still does not have the fundamental aspect of the U.S. dollar which makes it so important to the world economy: trust.

The U.S. dollar is not the world’s unofficial reserve currency just because traders like its strength, U.S. policies or the color green. Rather, the U.S. dollar’s strongest asset is that everyone agrees that it is the best currency to do business in.

Like it or not, currency is a social agreement, and nearly everyone agrees in their trust of the dollar. This social aspect is the one that China’s renminbi is the least likely to overcome.

This is the reason why the U.S. should not fear, but welcome the petroyuan. Such an agreement between Saudi Arabia and China would continue China’s trend toward a more liberal economy, helping U.S. consumers and producers without any meaningful cost to the dollar’s dominance.

The United States cannot become complacent. It still needs to take aggressive action to maintain liquidity, pressure China for more favorable trading conditions and improve its balance of payments. Concerns over China’s use of forced labor in SOEs are particularly salient.

Yet an acceptance of the petroyuan would ultimately help these goals. This decision would push the trends in transparency and liberalization that U.S. firms begin to expect from China. It would also further embed China in the liberal economic trading system headed by the WTO, increasing U.S. and WTO influence in China.

Although at first it may appear to be bad news for U.S. dollar dominance, the petroyuan agreement between Saudi Arabia and China will prove to be fruitful for U.S. businesses and consumers. The United States should welcome any liberalization it can get from China, even when that liberalization may come from unexpected places.

Molly Miller is a second-year student majoring in International Relations and the Global Economy. Molly is from Tempe, Arizona and has always been interested in how policy can shape interactions at the international level. Molly has had a strong focus on communications, qualifying twice to the National Speech and Debate Association’s National Tournament. Molly has also been involved in local politics, chairing an official commission of the City of Tempe. Molly is committed to encouraging active engagement with politics at all levels, local and international.