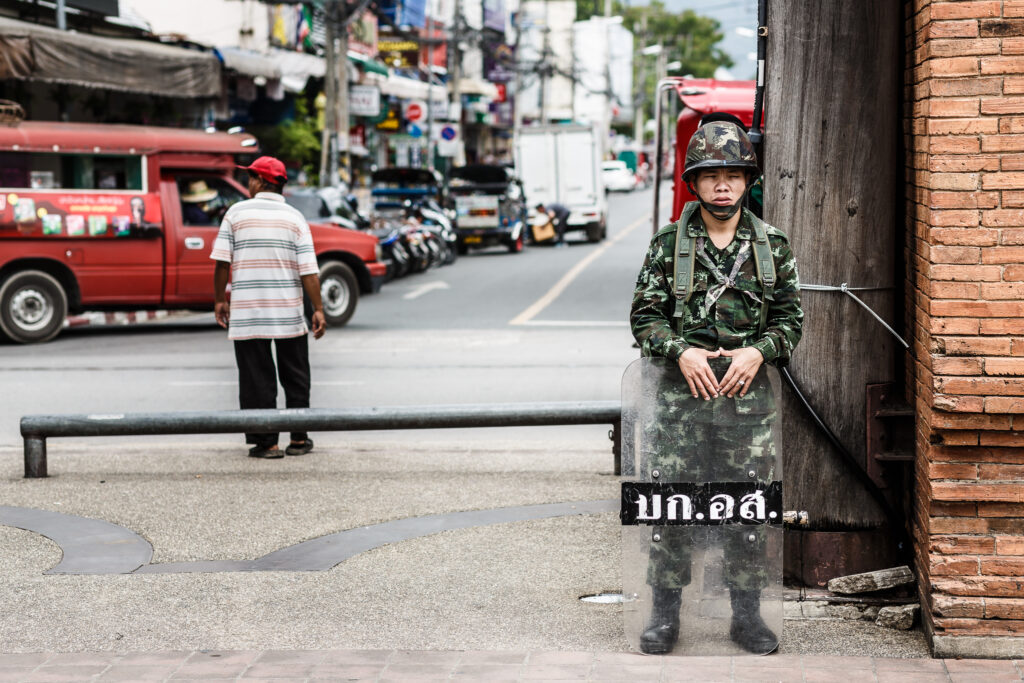 Colonialism has left an untoward and scarring legacy on its colonies even long after the colonizers’ withdrawal. Internalized racism and cultural differentiation — more accurately cultural decapitation — have infused ​​colonial elements into modern nation-states.

After the end of British colonialism, the partition of 1947 divided the Indian subcontinent into two — with the majority of Muslims migrating to Pakistan and Hindus remaining in India. Muslims became a minority population in India which has ever since been growing. Post-partition, religious conflicts in India have become a way of life. The right-wing Hindu nationalists have never truly accepted Muslims to be a part of India despite their constitutional rights. Being born in the country does not give them status as an Indian national — their religious identity does. Under the Modi government, Muslims pay a terrible price for being Muslim. Almost 75 years after the partition and Indian independence, elements of marginalization, much like those perpetrated by the British Empire, have emerged in the self-proclaimed “secular democracy” called the Republic of India.

Indian Prime Minister Narendra Modi’s swift rise to power and prominence on the international stage has caused the world to turn a blind eye to the persecution carried out at the hands of his government. Muslims in India face an imminent threat with Islamophobia spreading throughout the country like a virus with no cure in store. The agenda of the Modi administration is clear — advocating a right-wing Hindu nationalist ideology in an attempt to create a “Muslim-less” state.

A wave of anti-Muslim laws, violence and Islamophobia is evidence that the persecution of Muslims and polarization of the country could very well end in a cataclysm.

On December 12, 2019, the Modi administration passed the Citizenship Amendment Act (CAA). Under this act, for the first time, religion can now be used as a factor for granting citizenship status in the country. The law expedites the path to securing citizenship for non-Muslims and deliberately delays the applications of Muslims. The law has jeopardized many Muslim lives whose future in their own country is in question, especially for those falling below the poverty line. This law applies primarily to individuals admitted into the country before December 31, 2014, and to refugees from Muslim majority countries. The CAA fast-tracks citizenship of Hindu, Sikh, Buddhist, Jain, Parsi and Christian immigrants from Afghanistan, Pakistan and Bangladesh who arrived in India before 2015.

Following the passing of this law, the government initiated a nationwide verification of citizenship and proposed to create a National Register for Citizens (NRC), aimed to identify what the government has called “illegal immigrants.” This sparked a wave of fear among Muslims throughout the country and prompted many to consider relocation. Disenfranchisement and stripping of citizenship is now a risk for Indian Muslims who are legal citizens.

The recent Hijab ban in the state of Karnataka is another example of the stigmatization of  Muslims in all environments. Educational institutions around the country have not banned nuns from wearing their attire, nor have priests or pastors of religious institutions been asked to give up their religious clothing. Many members of the Karnataka Legislative Assembly and the central government wear religious clothing during official government business. Still, objections are raised when Muslim women wear their hijabs in schools and colleges, which is clear hypocrisy seen on the part of political leaders. The temporary ban on hijabs was upheld by the country’s high court. The three-judge bench held that allowing Muslim women to wear the hijab in classrooms would hinder their emancipation and go against the spirit of “positive secularism.” This permanent ban on religious practices of Muslim minorities in India at the hands of the Modi governmnet is an infringement on their human rights.

Kashmir is the most militarized region in the world, with more than half a million armed Indian troops deployed in the Indian-administered Kashmir over the past 30 years. The military action in the region is cited as necessary by India to curb the violence in response to the ongoing territorial dispute. The treatment of Muslims in Kashmir is a genocide on its own, with Kashmiri Muslims killed on the orders of the government. Gang rapes of hijabi women, killings of thousands of Muslim women, house arrests of countless Muslims, all in an attempt to erase Muslim identity in Kashmir and promote only one ideology — Hindutva, or Hindu cultural supremacy.

The hypocrisy of the world must be held accountable too. The stigma surrounding the religion of Islam is evident. The West and other countries only seem to act when “Islamic extremism” is to be corrected and commented on. However, the government-sanctioned persecution of the world’s largest minority in India is overlooked because no one has stopped and acknowledged Modi’s extreme Hindu nationalism.

Modi’s party, the Bharatiya Janata Party (BJP), has been clear about its intention to convert India into a Hindu state. The chief minister of Uttar Pradesh, Yogi Adityanath, said, “Muslims did not favor India by staying here.” The 47-year-old, saffron-robed, head priest of an influential Hindu temple is no stranger to controversy — he has made headlines for his hardline rhetoric, often directed against Muslims.

Creator and former researcher at the Genocide Watch, George Stanton, warned the world of the Rwandan Genocide well before it actually happened in 1999. The world made a mistake by neglecting the genocide warning placed on Rwanda, which led to around 100 days of grotesque killing. Research indicates the same in India: a soon-to-be genocide sanctioned by a tyrant hiding behind “democratic institutions.”

Heading into the holy month of Ramadan, a month rooted in fasting, reflection and community, Indian Muslims, now more than ever, need the world to stand with them as they face continued and heightened persecution under Modi’s government.

My name is Mohammed Zain Shafi Khan I go by Zain and my friends here at USC call me MZ! Previously, I interned at freedom firm, A non-profit that works on rescue and restoration operations for minors sold into prostitution. Currently I am a research intern for the LA county 5th district supervisor’s office where I am tasked along with my team to find facilities that can house the mentally ill population of the soon to be demolished Mens Central Jail. I am passionate about human rights especially in countries/regions with no regard for life in conflict driven zones such as Syria, Afghanisthan, South America and the Middle East. I love to closely follow US politics and its relations with other countries. I strongly believe that today’s world is more divided and complex despite the globalisation that is taking over and causing interconnectedness. However, I believe that there is hope and good in some parts of the world which is why we all have an inherent need to do our part. In my free time I love to cook, dance, try new foods, spend time with friends, family and binge watch tv series( my weakness are sitcoms and political thrillers).