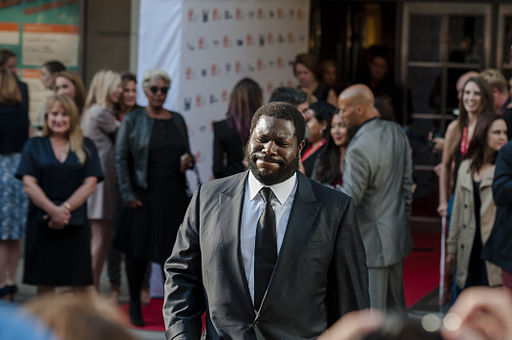 Africa’s most populous country is facing mass protests and public disarray as young people demand government reform. Protesters have taken to the streets of Nigeria to demand that the government stop killing its citizens in light of the #EndSARS campaign. This movement in Nigeria coincides with the global Black Lives Matter Movement and sets the stage for police reform nationwide. The public outcry brings up numerous questions on the state of democracy in Nigeria, as well as what should be done about systemic police brutality worldwide.

Over the past few weeks, Nigerians have been protesting against the Special Anti-Robbery Squad (SARS), a unit within the federal Nigerian police force, in response to their abuses against citizens. The military unit, formed in 1984, has been accused of extortion, murder, and torture. Initially, SARS was created to combat violent crimes including robberies and kidnappings occuring in Nigeria. Today, the Special Anti-Robbery Squad serves as an unchecked unit, having morphed into a violent authority.

The government has been working to appease public demands to reign in SARS, but democratically elected Nigerian President Muhammadu Buhari has taken minimal action. Despite trying to reassure protestors that their demands are being met, Buhari comes across as disingenuous, considering his authoritarian history. On October 12th, Buhari announced that SARS will be disbanded, but these promises have not calmed the unrest prevalent among Nigerian protestors.

Amnesty International has documented 82 cases of human rights atrocities perpetrated by SARS officers between January 2017 and May 2020. According to the report, detainees in SARS custody were subjected to multiple torture methods including beating, waterboarding, mock execution, asphyxiation with plastic bags, and sexual violence. These cases are rarely investigated and officers are rarely prosecuted. In 2016, Nigeria’s police force was rated as the globe’s worst in the world by the World Internal Security and Police Index. Additionally recent polls show that Nigerian citizens blame the police and the government for the high rates of human rights violations across the county.

For the past two decades, the government’s response to SARS and crimes committed by the police has been minimal, if not negligent. Several police reform committees have been set up to reorganize the police and instill large scale reform. However, rather than providing disciplinary measures, these committees have mostly served to appease the public.

The Nigerian government and police leadership have acknowledged on multiple occasions the problematic actions of SARS, but the government has generally failed to hold police officers accountable. After the recent killing of a young man in southern Nigeria, widespread frustration and protests broke out across Nigeria. The hashtag #EndSARS has begun trending internationally, gaining high acclaim and attention from famous celebrities, world figures, and human rights organizations.

Protestors have indicated they will not be satisfied until obvious and impactful actions are taken not just to disband SARS, but to address the broader problems with police reform in the county. Protestors are demanding the release of individuals arrested at recent demonstrations as well as compensation for victims of police violence. Additionally, protestors are pushing for police reform measures such as higher wages for police and the usage of rubber bullets in the hopes that less fatal incidents will occur.

Demonstrations of solidarity have been held in various cities across the globe, including in the United States, where the issue of police reform is ever present. After the recent deaths of George Floyd, Breonna Taylor, and many others, the Black Lives Matter movement has worked tirelessly to bring justice for the deaths of countless victims of police brutality. At their core, the Black Lives Matter movement and the EndSARS campaign have the same message: a country that allows its citizens to face injustice from state security is not a democracy that protects its people or upholds human rights. The 2020 resurgence of the #BlackLivesMatter movement is a reminder to the United States that for all of its accusations against other countries for human rights violations, the United States is facing its own human rights crisis through the persistence of police brutality.

Although it is unclear how these protests will impact the long-term state of Nigeria and its police presence, it is clear that actions can be taken by the government to ensure police reform does not continue to pervasively harm its citizens. The Human Rights Watch’s Corruption and Human Rights Abuses Report outlines that the government of Nigeria should establish an independent commission with subpoena power to conduct comprehensive impartial investigations of the Nigerian Police Force. The commission’s investigation would bring to light the extent of embezzlement, abuses, and problematic conduct that has occurred in the police force thus far. Additionally, prosecution of police officers known to have committed human rights crimes need to be conducted according to international fair trial standards.

However, prosecution through international courts is immensely difficult and can take multiple years to complete, and even then, the verdict might not convict the involved officers. Furthermore, the courts must complete their own investigation on top of the government’s commission, adding time to an already complicated and procedure based process. Likely, these arrests and prosecutions of offenders would have minimal impact on the situation, as calls for the disbandment of SARS have previously been futile.

Another idea suggested by the Human Rights Watch is for the government to improve the financial oversight of the Nigerian Police Force through The Police Service Commission, an organization which regulates and conducts oversight over the police force, in order to eliminate any corruption present. This can be achieved through required quarterly publication of financial reports indicating budget and money allocation to various sectors. The Police Service Commission should establish mechanisms for police whistleblowers to anonymously report incidents of police extortion and or other corrupt practices. Strengthening the investigatory capacity of the Police Service Commission will enable the Commission to prosecute and adequately investigate complaints of police corruption.

However, this approach is not without its flaws. It also faces problems for implementation as although the Police Service Commission has the powers to establish systems to prevent injustice within the police force, if the government fails to take action on the financial budget allotted to the police force or does not adequately investigate corrupt officers, these changes will make minimal to no impact.

This is not the first time Nigeria nor the United States has run into issues of police reform, but it could be the last. The #EndSARS campaign and the #BlackLivesMatter movement illustrates why police reform continues to be an issue for democracy and the protection of people around the world. A country that allows its citizens to be harmed, assaulted, or killed by the very people it instills to protect them, is not a true democracy.

The people of Nigeria deserve to be protected from state sponsored violence and crime and it is time for police reform to actually make a difference.