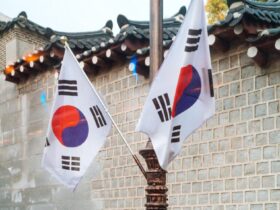 On Jan. 23, Burkinabe midfielder Ismahila Ouédraogo booked Burkina Faso a ticket to the African Cup of Nations Quarter Finals, netting the last penalty against favorite Gabon. However, the euphoria was short-lived.

About 1,500 km away from the stadium in the Burkinabe capital of Ouagadougou, the government of President Roch Marc Christian Kaboré was being overthrown by a military coup led by military officer Paul-Henri Sandaogo Damiba.

Just one day after, the previous government, parliament and constitution had been dissolved, with the military taking control.

This coup was the culmination of years of instability as Islamic extremist groups had taken over the country’s more rural areas. With 2,000 dead from the violence and more than one million displaced from their homes, the coup intended to seize power to take action against the extremism growing in the nation.

The conflict joined the list of successful coups in Africa, serving as the sixth coup in the continent since the beginning of the decade. Alongside two coups in Mali and one each in Sudan, Guinea and Tunisia, as well as attempts in Guinea Bissau and the Central African Republic, the African continent — especially Western and Central Africa — has been plagued with instability over the past few years.

What some might see as a pattern or a continent-wide indicator of instability is not necessarily as straightforward as it seems.

“It’s largely domestic factors there,” said Dr. Naunihal Singh, an expert in coup d’états and Assistant Professor of National Security Affairs at the Naval War College. “There happen to be a number of countries which are highly coup-prone for domestic reasons in the same region. But we are seeing a pattern which doesn’t necessarily exist.”

Dr. Singh has studied coups for years, even writing a book he published in 2014 titled “Seizing Power: The Strategic Logic of Military Coups’. Although he maintains that the reasons for these coups are, for the most part, isolated, he points to a couple of factors as debatable elements to the origination and spread of coups.

Singh further highlights disagreements within the expert community on the role of conflict as a catalyst for the origin and expansion of coup d’états.

“[Fellow experts] say [the impact of conflict]might be directly [sic], that it increases grievances and it might be also indirectly [sic]by decreasing the legitimacy and increasing the strains on the government,” Singh highlighted as a counterargument to his views. “So you’ve got food shortages, you’ve got internally displaced people, you’ve got military people who are disgruntled and certainly that fits in with the mutiny that occurred in Burkina Faso.”

Nonetheless, Singh argues that conflict does not necessarily relate to the specific sparks that start a coup.

“I’m not so sure that this is a relevant factor. And the reason is that five years ago, the level of terrorism in the region and the casualties was much higher,” Singh clarified. “So, at the very least, it doesn’t seem to have a direct impact.”

Regardless of the origins, Singh argues that all of these cases are isolated and that the historical trend backs up the argument. He points to the fact that these countries that are experiencing coups have a history of being “coup-prone” to begin with. Singh highlights the high number of previous coups, economic status and level of democracy as good indicators of which country is more prone to internal conflict.

Singh also pointed out the international community’s role within the discussion around coups. He specifically noted the shift between pre-and post-Cold War actions towards coup-instituted governments.

“During the Cold War, a coup was merely another way that governments changed,” Singh mentioned. “A coup was not considered necessarily illegitimate. Some coups were. But lots of other times, coups were considered simply a fact of life.”

Before the Cold War, the United Nations had never criticized a coup. However, after the fall of the Soviet Union, the UN, alongside other regional organizations, started to play a more prominent role in condemning illegitimate coups and implementing sanctions on belligerents.

This, according to Singh, was one of the main catalysts that led to the deceleration of coups, as the people behind them started to realize it would be harder for these new military governments to capitalize on them if sanctions and international scrutiny surrounded their coup-backed government.

Nowadays, the playing field is changing again. Singh puts forward the example of the recent Sudan coups. Even though the US condemned the coup and cut off their aid of the Sudanese government, in today’s world, other countries are able to step up to serve as patrons to coup-backed governments. In this case, Gulf States jumped at the opportunity. In another example, China stepped in as a major ally when the Myanmar coup happened.

This, in turn, makes it easier for coup-backed governments to benefit from their actions. As Singh points out, with Gulf States such as Saudi Arabia and the UAE backing Sudan’s coup government, people within the current Sudanese elite and its government came out as huge benefactors, which is now possible due to this increase in global actors and contributors to this coup economy.

This is known as a self-coup, and Singh notes that they are especially overlooked within the African community.

“[International organizations are] still highly critical of coups, but they are less willing to criticize incumbent leaders who are engaging in violations of electoral processes in order to remain in power,” Singh emphasized.

Examples such as the Economic Community of West African States (ECOWAS) condemning and imposing sanctions on Mali for their 2021 coup while still allowing members such as Guinea to continue trade and not imposing sanctions on Burkina Faso are some of the cases that Singh brings up to show the lack of norms and enforcement of laws in Africa. This, in turn, makes it easier for coup d’états to emerge.

One of the most devastating effects of coups in Africa, Singh notes, comes from the fact that a lot of these coups have overthrown civilian-started governments that were working towards a better future for the country.

In most of these cases, the civilian governments are overthrown by military coups and therefore, the likelihood of violent civil wars, heartless regimes or even just brutal treatment of civilians can take place, according to Singh. Especially in Africa.

“So Sudan had revolutions and coups hand-in-hand. But then there was a coup against the civilians and they were moving towards a restoration of power,” highlighted Singh. “And then there’s another coup. So, the longer you have a military government, the less effectively you are creating a norm.”

The rule of law and the civilian-centric norm is not lost, however. In some cases, the determination of the people to sustain their country keeps the hope of a peaceful and democratic government alive.

One example of this is the recent democratic elections held in Bolivia after the 2019 coup d’etat that ousted Evo Morales from power. Even after opposition politician Jeanine Añez took over, elections were held in 2020, where Luis Arce was democratically elected with 55% of the votes.

Although Singh believes that the recent streak of coups is not necessarily connected and that coups will continue to happen, he emphasizes that the determination of the people to better their country is something found across Africa.

“In Sudan [as an example], there’s a huge degree of popular mobilization. The pro-democracy activists are out in the street. The military is using quite brutal methods to try to suppress them. And they’re still coming back up. And it’s quite astonishing to see the extent to which people are willing to push back against a brutal military government.”

This drive for democracy is being seen in other countries that have also been victims of recent coups. Be it pro- or anti-coup, protests have served as catalysts for restructuring governments across the world. Most recently, in Burkina Faso, pro-coup activists took to the streets right after the coup to demand change within their country.

Despite backlash from the UN and other nations, the people seem to be taking the matter into their own hands; and with a long road ahead, hopefully, the Burkinabe people will soon go back to enjoying a nice game of football.

Inequities in the Madagascan Vanilla Industry: Resource Extraction is Anything But Sweet 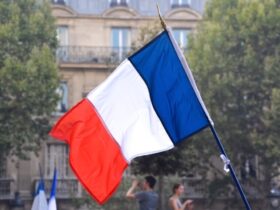 The French Presidential Election is Around the Corner. Here’s What You Need to Know 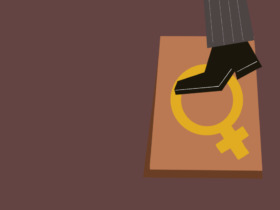