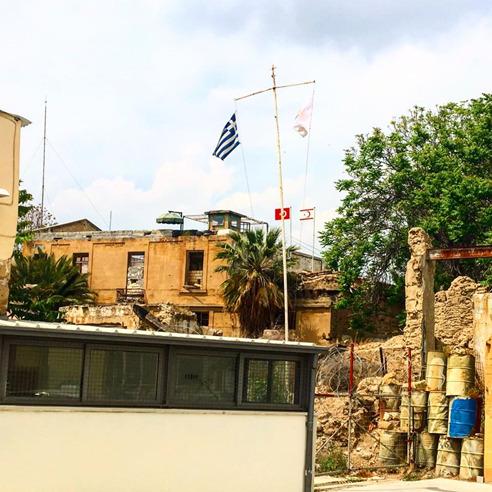 The Cyprus Peace Process: Will A Solution Ever Be In Sight?

While the U.S. presidential election will determine the face of American foreign policy, much of the United States’ approach to global affairs will be decided by the legislation and appointments made by the U.S. Senate Foreign Relations Committee (SFRC). The SFRC is tasked with overseeing key parts of the United States’ foreign policy agenda, from enacting legislation to approving the appointments of all diplomats and high-level State Department appointees. Over thirty ambassadorships are currently vacant, with no ambassador for countries like Ukraine and Venezuela, and no ambassador to certain United Nations councils, like the UN Economic and Social Council. With contentious relationships and a pandemic-induced global economic unrest, confirming the appointments of ambassadors will be key in representing the foreign policy interests of the United States.

This election, the Republican party’s control over the Senate is at stake. If Democrats were to gain control of the Senate, the SFRC would likely enact a more progressive foreign policy agenda. This could mean re-joining the Paris Climate Accord and higher spending on humanitarian efforts worldwide. If the Republican party maintains its majority in the Senate, we could see a more aggressive legislative agenda in the trade war with China, and an increase in spending for the Department of Defense. With 36 seats up for election, Democrats would need to maintain 12 seats, and flip an additional four seats to gain a majority in the Senate.

Two of the seats Democrats hope to flip are occupied by members of the SFRC, Senators Cory Gardner (R-CO) and Lindsey Graham (R-SC). The seat of New Mexico Senator Tom Udall (D), another SFRC member, will also be up for grabs, as Udall is not seeking another term; nevertheless, it is expected that his seat will be filled by Democratic candidate Ben Ray Luján. While other committee members are up for re-election, like the current Committee Chairman Senator James Risch (R-ID), and Senator Jeanne Shaheen (D-NH), it is unlikely that these races will result in the loss of the incumbent.

Senator Gardner’s seat is one that Democrats are hopeful about winning, given that  Gardner only won his last election by a margin of 1.9%, and Colorado voted for presidential candidate Hillary Clinton in the 2016 election. If Gardner were to lose, that would leave a seat open on the SFRC, and if the Democrats were to achieve control over the Senate, that seat could be filled by a Democrat. Gardner’s history on the SFRC is not a main point in his campaign, as he was the sponsor of only two bills that became law during his six years on the committee. His two SFRC bills concerned furthering the U.S. policy agenda in Asia, with one appropriating $1.5 billion each year for four years to further U.S. foreign policy and advance defense objectives in the Indo-Pacific region, and the second to direct the Department of State to obtain observer status for Taiwan through the International Criminal Police Organization (INTERPOL). Gardner also chairs the SFRC Subcommittee on East Asia, the Pacific, and International Cybersecurity Policy. However, these two bills were co-sponsored by many of his colleagues who have also authored other bills pushing similar agendas. Thus, Gardner has not represented a particularly unique voice on the SFRC.

Gardner’s campaign and the campaign of his opponent, former Colorado Governor and former Presidential Candidate John Hickenlooper (D-CO), focus more heavily on domestic policy than foreign policy. Hickenlooper has also consistently had a lead on Gardner in the polls, as Gardner’s ties to President Trump continue to weigh Gardner down in the increasingly Democrat-leaning state.

The race for Senator Graham’s seat will be much more competitive. Senator Graham, in his 17 years in the Senate, has been a voice for military intervention over diplomacy, consistently advocating for a more boots-on-the-ground approach. Graham also holds a seat on the Senate Appropriations Committee, which determines the budget for the federal government, giving him sway over the defense budget.

While Graham has been one of President Trump’s most staunch supporters, he has often disagreed with Trump’s foreign policy agenda, in particular when Trump moves to withdraw troops or refuses to send troops to a conflict where Graham believes military action to be necessary. Despite this, Graham and Trump both maintain that their relationship is close, and Trump often turns to Graham for foreign policy advice. Graham’s advice is often characterized by strong rhetoric concerning issues of conflict, and he often claims that various countries, like Syria and Libya, would entirely fall apart without American intervention.

Graham’s opponent, Jaime R. Harrison (D-SC), is considered by most polls to be neck-in-neck with Graham, even out-fundraising Graham’s campaign. Harrison previously served as an advisor to U.S. Representative Jim Clyburn (D-SC), from whom he says he gained foreign policy experience. While this race has mostly been focused on domestic policy issues, primarily racial justice and the current administration’s response to the COVID-19 pandemic, the two candidates have spoken about their foreign policy priorities. Graham’s agenda has remained consistent, prioritizing force and interventionism, while Harrison seems to take a more measured approach‒ involvement when necessary, and prioritizing the wellness of veterans at home.

While these are only two of the 36 races in this Senate election cycle, they both have the potential to shift U.S. foreign policy. If Senator Gardner (R-CO) is defeated by John Hickenlooper (D-CO), and Senator Graham (R-SC) is defeated by Jaime R. Harrison (D-SC), as Democrats are hopeful will happen, then two seats on the SFRC will go to other senators, more if the Democrats manage to flip the Senate. This means new SFRC voices confirming the United States’ representatives to the rest of the world, and new voices shaping U.S. foreign policy legislation.

With new voices comes new stances and objectives in foreign policy, though how effective this new agenda might be is yet to be seen.

Teya Hisel is a junior double majoring in Global Studies and Philosophy, Politics, and Law, with a minor in Psychology. She is from the Seattle, WA area, where she started her public service journey working for multiple non-profits during a gap year before attending USC. She has continued to pursue her passion for public service on campus as a consultant for SC Global Impact, a member of Novus Think Tank, and off campus as a Fellow for the United Way of Greater Los Angeles. Teya is interested in how politics affect the daily lives of people all over the world, and how those daily lives affect the political process, especially in areas of war and conflict.