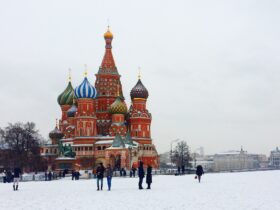 The climate crisis has already landed on the shores of Latin America and the Caribbean islands. As temperatures rise, sea levels threaten to drown coastal populations and island communities. Tropical storms and cyclones have increased in frequency and severity, costing more than $80 billion USD in damages in 2021 alone. Droughts, floods, wildfires, and avalanches ensure that almost no corner of Latin America and the Caribbean remains unscathed by the effects of climate change, despite these countries contributing less than 10% of global greenhouse gas emissions.

As the region prepares for the upcoming COP27 conference in Egypt this November, they have a long list of initiatives and demands, including investments in sustainable development, disaster prevention and relief and transition to clean energy. Many regional leaders have grown frustrated with previous international climate deliberations and have resolved to take a more aggressive stance on climate negotiations, one that mirrors their concerns about environmental collapse.

“The time to see ourselves as climate victims is over. Although we are, the time to take the helm of the ship has begun,” said Max Puig, executive vice president of the country’s National Council for Climate Change and Clean Development Mechanism (CNCCMDL). Puig’s was one of many rallying cries at this year’s Latin American and Caribbean Climate Week (LACCW), held in July in Santo Domingo, the capital of the Dominican Republic. Climate Week hosted approximately 1,700 government representatives, international organizations, private sector stakeholders and civil society experts. The week-long summit featured more than 160 sessions regarding “climate risks and the transition to carbon neutrality economies, among other climate issues.”

LACCW allowed regional leaders to discuss their national climate policies and develop strategies for the upcoming COP27 negotiations. Cities in Chile, Colombia and across Latin America have begun transitioning from public buses to electric vehicles. The agricultural sector has begun adopting regenerative agricultural practices to combat soil degradation, depletion and drought, a problem particularly afflicting Chilean farms that have suffered from a drought for more than a decade. The region is also developing plans for offshore wind farms and solar panels to create the infrastructure of sustainable energy production required to reduce carbon emissions.

Indeed, many Latin American countries have already adopted more aggressive climate policies within their national borders, but they lack the resources to undertake the large scale of climate crises.

Like many developing countries, the primary roadblock to sustainable energy transition is insufficient financial resources. Achieving their carbon reduction goals set in the 2015 Paris Climate Agreement would require redirecting as much as 19%, or $1.3 trillion USD, of public and private spending in Latin America toward climate solutions, a figure that remains both politically and economically infeasible in developing countries. “Yes, we need to incentivise the transition to low-emission, highly resilient development, but this should not be done at the expense of existing businesses or national development,” said Ovais Sarmad, the UN Climate Change deputy executive secretary.

Implementing the necessary changes will require three distinct channels of negotiation at the upcoming COP27: “capacity building, technology transfer” and, most importantly, funding.

“Funding must be increased. Developed countries, which pledged to provide USD 100 billion a year in assistance starting in 2020, must fulfill their promise, as was highlighted at COP26 in Glasgow,” said Walter Oyhantçabal, an expert on international climate negotiations. Delegates from Mexico, Chile and Colombia are expected to continue leading the charge in COP27 deliberations, pressuring developed countries to increase their investments and follow through on their promises.

“It must be clear to our peoples and to the world that we are serious and that, even in the most difficult circumstances, we are not going to stop. We will overcome the difficulties. This is the message that Latin America and the Caribbean are taking to COP27 in Egypt,” said Puig in conclusion.

As both a vulnerable region and a site of immense potential in the battle against climate change, Latin America will play a critical role in negotiations at this year’s COP27 summit.