Trending:
You are at:Home»Regions»Americas»Towards a New Nixon Doctrine, Part 2
By Luke Phillips on May 13, 2017 Americas, Defense and Security, Policy Paper, Politics and Governance 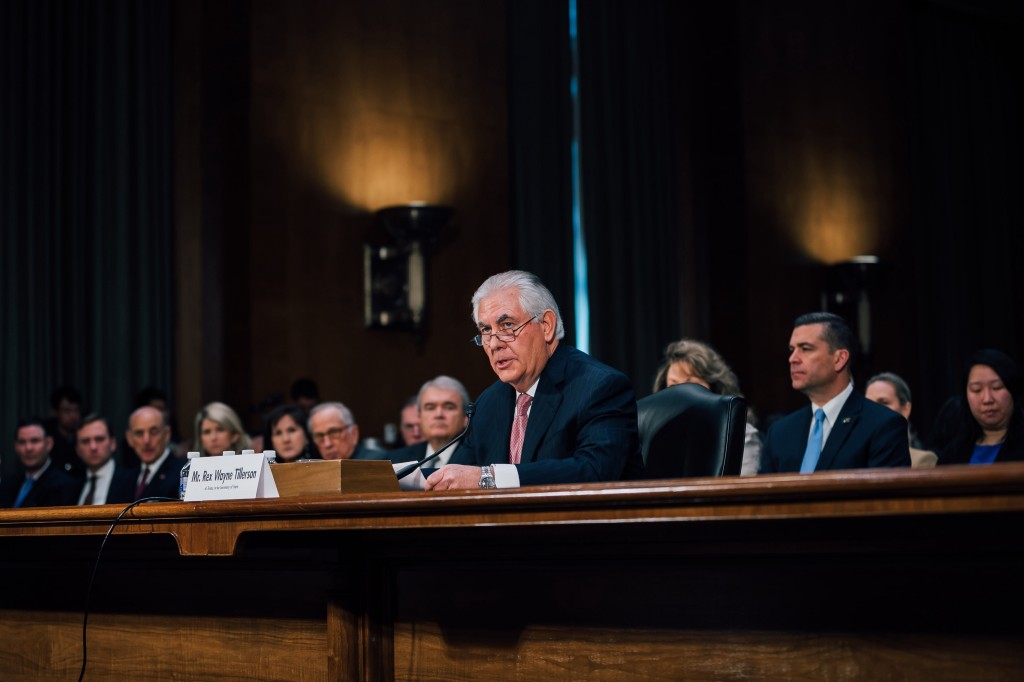 Any “new Nixon Doctrine” must accept and update the 3 principles of the original — Peace Through Partnership, American Strength, and Willingness to Negotiate (Wikimedia Commons)

A version of this essay first appeared at The Hamiltonian Republican.

This is Part II of a two-part series.

As mentioned at the beginning of this essay, the world post-2014 has undergone tectonic shifts in power structure and institutional stability. Our world is as different from George H.W. Bush’s and Bill Clinton’s as Nixon’s was different from Truman’s and Eisenhower’s.

Five of those tectonic shifts include:

These trends complicate the diplomatic and military equations arrived at from 1991 to 2014, from free trade agreements to regional alliances and institutions to force structuring in different strategic theaters. Being no expert on any of these areas, I do not claim to make specific recommendations on any of them.  But I do think it is important to offer up a new intellectual framework- or rather, an old, surprisingly relevant, and updated one- through which to look at world trends and organize American strategy in all these areas and more. The principles, grand design, and grand strategy of the Nixon Doctrine of the early 1970s are very useful for the United States government’s foreign policy apparatus in the late 2010s.

Any “new Nixon Doctrine” for the foreign policy apparatus of the Trump Administration must accept and update the three general principles of the original Nixon Doctrine- Peace Through Partnership, America’s Strength, and Willingness to Negotiate.

In the late 2010s, both President Obama and President Trump have encouraged America’s treaty allies to pay greater shares in their own defenses, and President Obama strongly encouraged local allies to provide manpower and other resources as proxies for American warfighting. This policy of retrenched American financial and manpower commitments has been politically popular at home, but is has also helped save American treasure and strength for the rising conventional competitions we enter with the regional great powers in all areas of Eurasia.

This policy can and should be adjusted nonetheless. In particular, the aim of “Peace Through Partnership” should not be mere cost-saving on America’s part. It should instead be the establishment of stronger relations and partnerships with American treaty allies and others based on mutual struggle, mutual contribution, and mutual trust- the solidification of our alliance system for a multipolar world, rather than the abandonment of it. American leadership is necessary and indispensable, but ultimately insufficient for world order- for that, we must cooperate with other nations.

Regional deterrence and great-power negotiation will be useless if our forces meant to deter go into battle against Russian and Chinese conventional forces of equal strength. The United States needs as many tools as it can get in this complicated era of international relations, and conventional technological superiority over conventional rivals is one of the most important tools there is. 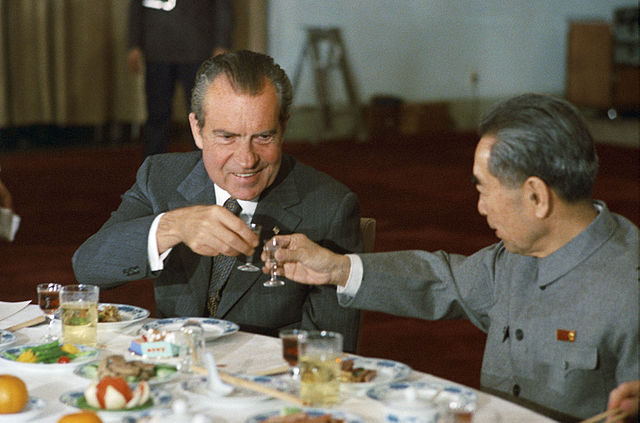 One of the key trends in American foreign affairs today is the continued frozenness of relations with North Korea and Iran, and the intensification of strategic competition with China and Russia. These are probably inevitable struggles from which we should not back down, and for which we should maintain national preparedness and strategic readiness. Diplomacy not backed up by force is not diplomacy.

At the same time, in the interests of world peace, it is crucial that the United States maintain relations with Russia and China and seek constructive agreements with them on whatever areas possible, while competing in the security sphere. As for the cases Iran and North Korea, the continued goal ought to remain their eventual integration into the international community, with or without regime change.

One of the main tools for managing such fraught and complex relationships remains diplomatic linkage- the attempt to effect changes in regime behavior in particular areas through incentives and pressure in other areas of diplomacy. Using linkage in all four aforementioned cases, as well as in other situations, can only be helpful.

All in all, the purpose of a new Nixon Doctrine, through the use of these three principles, is to produce a reasonably peaceful and open international order incorporating all nations and reducing the chance of war through institutionalized regimes backed up by a sustainable- if impermanent- balance of power. The United States must be the arbiter-of-last-resort for this international order, even if it is not liberal.

But these principles must be applied in practice.

Not only must a “new Nixon Doctrine” update the three general principles- it must outline a new set of hard objectives as well. The Grand Design and Grand Strategy of a new Nixon Doctrine might look like the following:

All in all, the Nixon Doctrine’s utility in an era of increased competition and diminishing resources is this- protect “The American Way of Life”- American society, American prosperity, the American government, and the freedoms of Americans- through a preclusion of catastrophic war and catastrophic revolution, by preserving what is left of the international system and integrating potential adversaries into it. In practice, this would probably involve preserving the Atlantic community’s liberal order while turning the liberal international order into a post-liberal order into which non-liberal powers can be integrated, and through it, constrained. Underlying all this would necessarily be a complex and dangerous system of balances of power within and between the strategic regions of Eurasia and the rest of the globe.

Both President Obama and President Trump have practiced certain elements of the aforementioned Grand Design and Grand Strategy, but neither has fully practiced it, nor has either successfully articulated a coherent grand strategy with a sustainable vision of world order to the public.

To a certain degree, this “new Nixon Doctrine” is already being formed, simply due to institutional and strategic constraints, and to the Trump Administration’s pragmatic reactions to crises in the real world. Secretary Tillerson, Secretary Mattis, and General McMaster are all generally sober-minded strategists–their management is useful in the world we enter. But management alone is not enough. 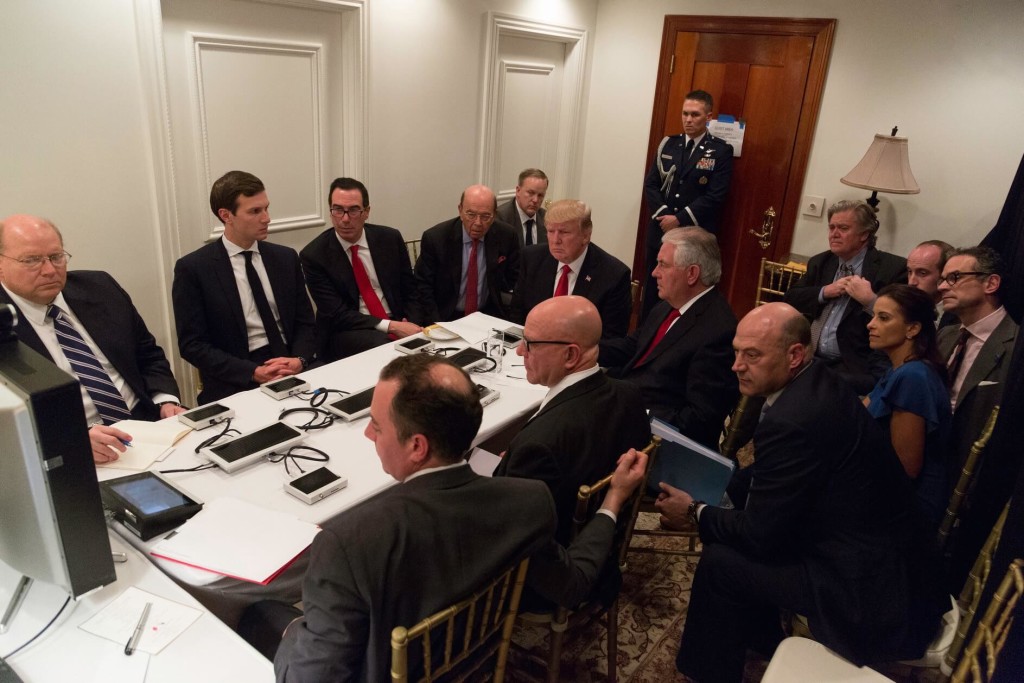 The brilliance of Richard Nixon and Henry Kissinger was not merely their ability to see where things were going and why they had come to where they had come; nor was it merely their skill at policy implementation and their successful management of crises as they came up. The real genius of Nixon and Kissinger, seldom replicated in subsequent Presidents and Administrations, was their ability to articulate a practical vision of world order and orient their Administration towards pursuing it; a vision based on their historical understanding and tempered by their skill at crisis management. Had the President and National Security Advisor not codified the basic grand design and grand strategy, it would have been much more difficult to order priorities, dedicate resources to necessary outlets, and generally be as successful in conducting American foreign policy as that great duo was.

As mentioned before, Trump’s team is not incompetent. There are good administrators and good thinkers in the State Department, Defense Department, the CIA, and the National Security Council. They are all managing their roles reasonably effectively, and in all honesty probably better than anyone would have expected under current circumstances. But President Trump has not yet articulated a usable grand strategy for national security and world order to guide the various tools of the administration.

It would be immeasurably helpful, both for the internal coherence of the American government’s efforts and for the ease of mind of all American citizens and watchers of foreign policy, for the Trump Administration to produce a sophisticated document on strategic principles and implementation articulating not only justifications for Administration policy, but the general aims of such policy as well. The time is approaching for the Trump Administration to produce a National Security Strategy, and it would be wise for whoever leads that effort- perhaps General McMaster- to revisit the four Annual Reports on foreign policy of the Nixon Administration for ideas, given the similar situations of the times.

Richard Nixon is perhaps not the right ghost from which to solicit advice on all questions; but on the question of grand strategy, he is certainly the preeminent one to ask. An update of his general strategic principles for the conditions of the late 2010s would be a blessing for the Trump Administration’s foreign policy team.

Luke Phillips would like to thank Ambassador Winston Lord and Dr. Dan Caldwell for their advice in preparing this essay. But all ideas and assertions made are Phillips’s alone.