Trending:
You are at:Home»Regions»Americas»Cofer Black and the War on Terror
By Correspondents on August 30, 2016 Americas, Creative, Defense and Security 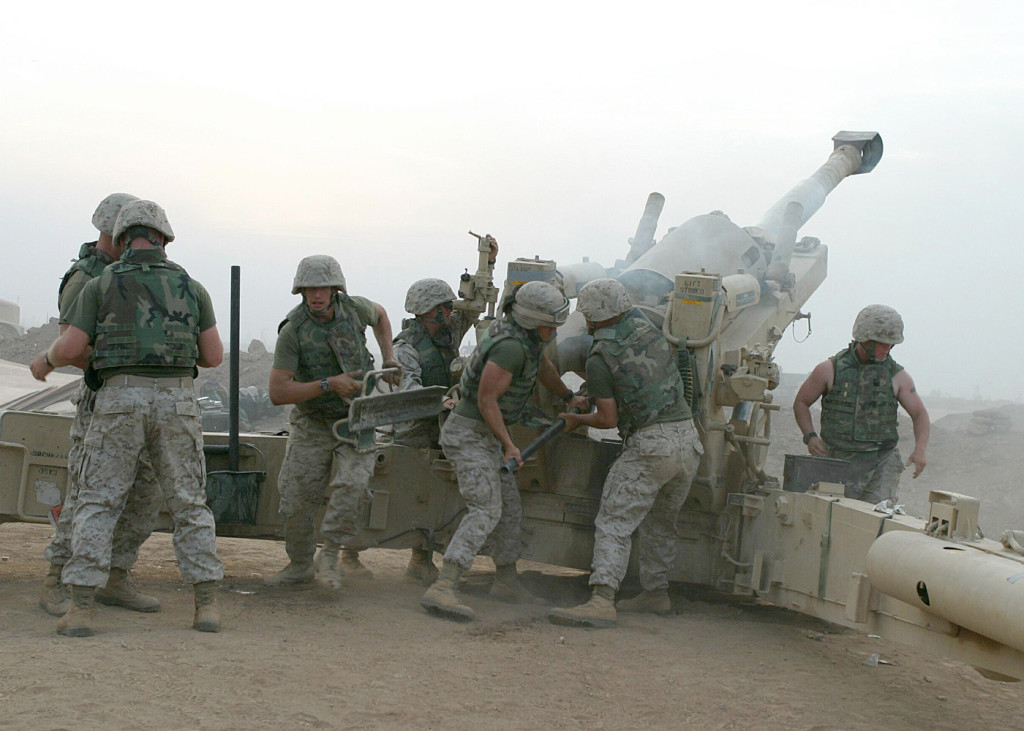 “I think the most important thing is to defend ourselves against mass annihilation.” (Wikimedia Commons)

Earlier in 2016, Glimpse Senior Correspondents Kshitij Kumar and Luke Phillips sat down with former Bush Administration CIA official Cofer Black. Black, a graduate of USC, served in the Central Intelligence Agency’s Directorate of Operations for 28 years, primarily in postings across Africa. He directed CIA’s Counterterrorist Center during Director George Tenet’s “quiet war” on Osama Bin Laden from 1999-2001. Black was director of the Counterterrorist Center during the 9/11 attacks.

Shortly after the formal declaration of the Global War on Terror, Black became the Department of State’s Ambassador-at-Large for Counterterrorism, a post he held until 2004. After leaving government service, Black became Vice Chairman of the security contractor Blackwater USA. In 2008 and 2012, Black advised Republican Presidential candidate Mitt Romney on national security and foreign policy.

Here are some of Mr. Black’s musings on various issues. The full transcript of the interview can be found here.

CB: I think before anything happens, we need to focus on rationalizing how we procure weapons systems. When you start spending billions of dollars on defense, I want a fine piece of equipment coming out the other end.

What’s going to hurt you the most is what you need to defend against the most. So that would come down to refurbishing our nuclear arsenal and maintaining assured second strike against any combination of nuclear opponents. You cannot abrogate having a credible force when you have potential opponents, peer states, who are becoming more and more sophisticated in nuclear weaponry. You’ve got North Korea, you’ve got the Russians of course, the most formidable of all, and you’ve got others coming this way, as the negotiations with the Iranians demonstrated.

We use the triad-land-based, sea-based, and manned bombers. It complicates the enemy’s problem—you have assured destruction. The problem is, they can kill us—but they know if they go that route, we have the sufficiency of force to ride out a first strike, and we have enough force capability to annihilate them. Usually, that’s a pretty good deterrent, you know?

Then would be maintenance of the special operations capability we have now, which is well-sized. JSOC and CIA—They’re the envy of the world right now. So I would be happy to maintain what we have now.

And then lastly but just as important, we need to maintain our conventional forces—they should never go any smaller than they are today. But I do think if you economize at the front end, you can carry these costs well.

I think it’s imminently manageable. I think it can be done. I think there’s enough money to do all this! And we just got to get with it. Ruthlessly.

CB: It’s almost like air defense—if you have a lot of threats coming at you, you’ve got to prioritize, and you engage the most immediate one. You have to have rank ordering, how you’re going to spend your time and resources.

I think we should prioritize putting our economy in order, to give people jobs, and make this country productive in terms of creating goods and services, so that we can service the needs in this country, so that we can export stuff overseas and make money. Number one. Over anything having to do with defense.

Number two, I’d probably lean towards China. It is incumbent on the United States and her allies that we do everything possible to prevent a trade war with China, and worse, military conflict. Nothing good comes from either of those. But the jury is out—does China just want to secure itself and its near abroad, or do you look at these islands they’re creating and their significant effort to seize resources in Africa and everywhere else to feed this economic machine and all of this- which way are they going to go? The world cannot afford to have a China gone nuts. It’s not good for China, and it’s sure not good for anybody else.

Next to that would be Russia, simply because of its nuclear capability. Russians are very tough and formidable, Which should really give you pause when you deal with them. They’re a gas station with nuclear weapons. Every time something happens they start talking about nuclear weapons. Not only are they a gas station with nuclear weapons, they’re extremely thin–skinned and sensitive. And, they’re on an excellent adventure! They go into Ukraine, they’re looking at the Baltics, they send those guys into Syria in a very unhelpful way and they put anti-submarine warfare ships off the coast of Syria- I mean, to me it looks like they’ve become sort of unhinged. I think that’s dangerous. So that would put them as number three.

“This probably isn’t very politically correct, but it’s what I believe.”

I would put for number four, The Unexpected. The world running out of water, mass starvation, a pandemic—these things come up with shocking regularity. Go to the Third World. Walk through Bangladesh, where they have 180 million people in a space the size of New Jersey or Connecticut—you don’t think bad stuff’s going to happen with that? We’re due for something big.

And then you’ve got the wild cards below that, wild cards like Korea and whatnot.

I’m talking about what can hurt you the most. As to terrorism, I think the way we’re positioned now against terrorism is pretty good. We’ve got a Central intelligence Agency and an intelligence community that is awesome at counterterrorism.

I think counterterrorism is important. Terrorists can hurt you. But so far as I can tell so far, we’re not talking about annihilation of our entire society [by terrorists.]You could lose a lot of people, there could be a catastrophe. But I think as of right now we’ve grown so much and positioned ourselves to have a real, credible defense. Will some get through? Absolutely. But we’ve got a credible defense.

This probably isn’t very politically correct, but it’s what I believe.

Top-notch to me is not necessarily the people with the highest rank. Or they’ve written the best think-piece while they were a professor at Harvard. That’s OK, but that’s not really what I’m looking for.

What I would look for is men or women of good character, integrity, common sense. They execute reasonableness. They speak frank, blunt truth to power. Many times [the boss]won’t like it. And you might actually know it. And in the meeting or in the situation room, others would go see that as a political faux pas. “You’ve displeased the President.” It is your responsibility as a professional subordinate to tell the boss—whatever level you’re at—in special English, clearly, and frankly, so there’s no doubt in his or her mind what you said and what you mean. So they can take it in and make a good decision. There should be a total absence of politics and political maneuvering among your perceived competitors from other components, whether it’s in one agency or one division, or the inter–agency process. Success of the administration, in foreign affairs and national security, will ride damn near exclusively on who you pick to listen to.

So you need people like that. Of course, if you want to have a chance, you need me too.

If you accept anything I’ve told you, and you actually execute it, it won’t be easy—it’ll actually be hard—you could suck up to the boss and tell him what he wants to hear and he’ll like you and pat your head. And in that case, then you’ll have totally betrayed the reason that you’re there, and you’ve betrayed your boss, you didn’t tell him the truth, you’ve betrayed the American people. You should be fired.

Above all, tell the unvarnished truth.