Trending:
You are at:Home»Topics»Economics»Avoiding the Resource Curse: Why Botswana Succeeded Where Others Failed
By Brendan Morey on August 27, 2018 Economics, Sub-Saharan Africa 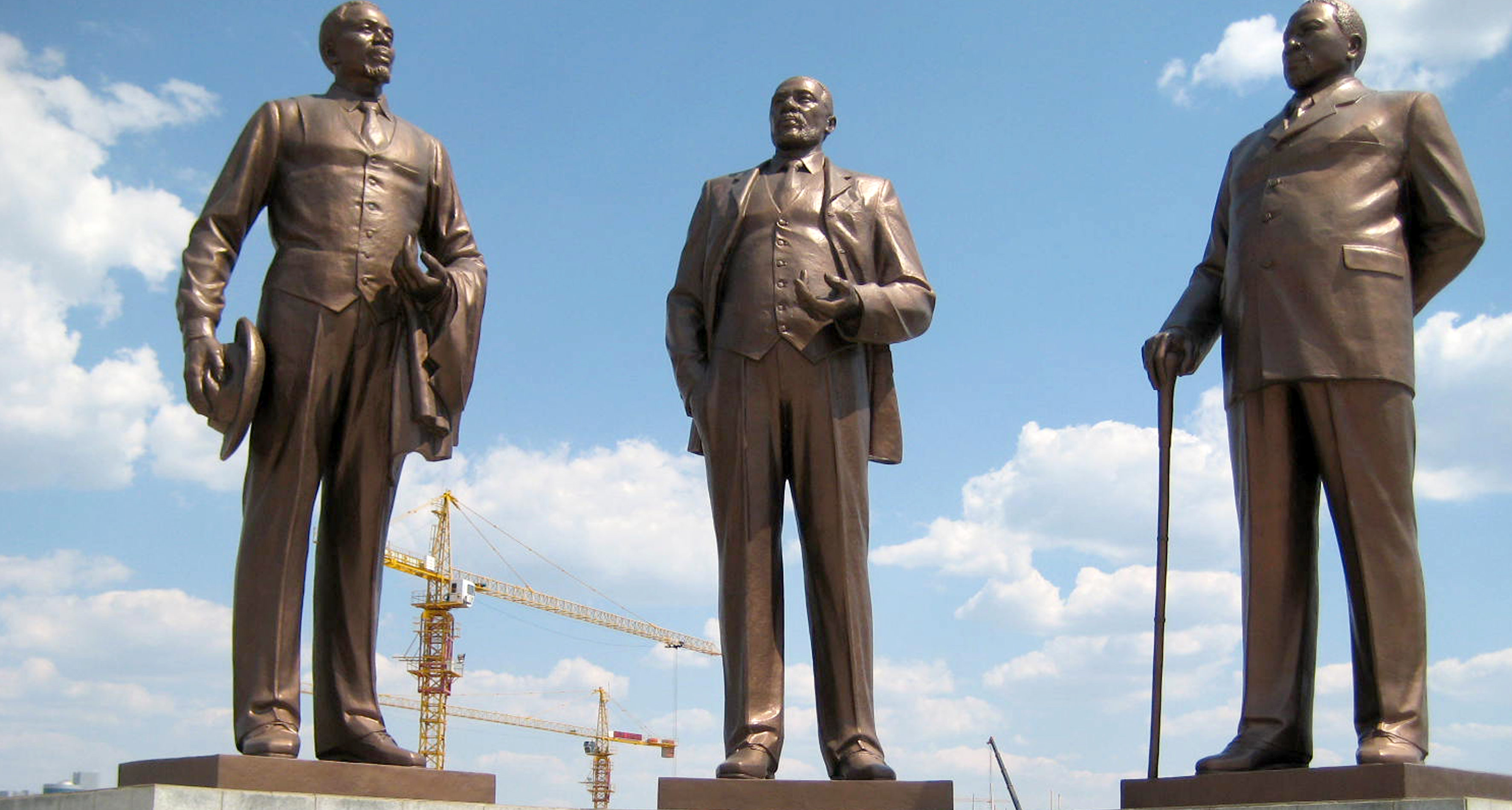 After its independence from Great Britain in 1966, Botswana seemed to have few prospects for development. Mostly reliant on agriculture, the former colony had only 12 kilometers of paved roads. Yet, Botswana is now considered an exemplar of successful development, with per capita incomes on par with middle-income countries like Chile and Argentina. In fact, from 1970 to 2010, incomes in Botswana increased by an average of 6.3 percent annually, almost triple the average growth rate of high-income countries. While Botswana benefited from the discovery of abundant diamonds, it doesn’t fully explain its success. Other countries in Africa have discovered natural resource reserves but still succumbed to instability and slow growth. So, why was Botswana successful?

In brief, Botswana succeeded because of good governance. An accountable government in Gaborone, Botswana’s capital, had made sure windfalls from natural resources were spent wisely. This isn’t the case with many other resource-rich countries, which may face instability and slow growth. The phenomena that countries rich in natural resources are prone to failure is so prominent that it has the name: the resource curse. Developing countries with a wealth of natural resources tend to face three main challenges: “Dutch disease,” economic volatility and poor governance, all of which were successfully avoided by the Botswana government.

The first challenge, dutch disease, is a term that describes the appreciation of a country’s currency due to natural resource exports, making local industries less competitive internationally. As a resource-rich developing country, Botswana was not immune. Dutch disease essentially comes down to supply and demand: since foreigners had to exchange their currency for the Botswanan pula to buy Botswanan diamonds, the pula increased in value because more foreign dollars were being exchanged for a limited amount of pulas. Since the pula was pegged to the US dollar and later the South African rand, the Botswanan monetary authority couldn’t allow the pula to appreciate, as the exchange rate they had set would have deviated from the market’s exchange rate. Botswana maintained the peg by printing more pulas and buying foreign currency. This increased the supply of pulas and decreased the pula’s value, ensuring the exchange rate remained at the set rate.

However, Botswana successfully avoided the Dutch disease. To prevent the inflationary effects of stabilizing its currency, Botswana relied on twin surpluses: maintaining a fiscal budget surplus along with a trade surplus. Botswana’s government collected more money in taxes than the costs of running their government, which allowed money to be transferred from the Botswanan economy to the government treasury. By slowing inflation and counteracting the price-increasing effects of the central bank’s money printing, in this way, Botswana avoided the Dutch disease and maintained the competitiveness of its export sector.

The second risk of the resource curse is price volatility. Commodity prices tend to fluctuate  significantly, which means huge economic uncertainty for countries dependent on resources. In fact, countries where natural resource exports comprise more than 19 percent of the GDP have standard deviation of output growth as high as 7.37 percent. This volatility brings two problems.

First, a government’s balance sheet may become negative when resource prices drop, exacerbated by fiscal policy that tends to be expansionary in times of growth and contractionary in recessions. Countries with large surpluses due to high resource prices naturally tend to increase spending because they don’t foresee a steep drop in resource prices; thus, they fail to save money for when commodity prices do inevitably drop. Price drops force governments to cut back on spending, making an economic slowdown down even worse.

The second negative effect of commodity price volatility is that foreign direct investment may shy away from an unstable economy. Foreign investors fear that investments in a resource-dependent economy are likely to lose value from commodity price drops, so they tend to opt for investments in more predictable economies. Botswana, however, avoided the negative effects of commodity price volatility by saving the revenue made from diamond mining. Botswana established the Public Service Debt Management Fund and the Revenue Stabilization Fund, which provided the government revenue from diamonds over time, instead of all at once. This largely ameliorated the volatility of resource windfalls.

The final component of the resource curse is the probability that resource dependence heightens  tensions, corruption and even violence within the affected country. Typically, government workers are perceived as underpaid and underappreciated, but in resource-rich developing countries where the government often controls natural resource revenues, government positions are the route to wealth and success. When the government becomes the locus of material success, it attracts individuals seeking to enrich themselves, often through corrupt measures. Further, factions may compete aggressively or violently to obtain control of the government and its resource windfalls. An abundance of natural resources can thus produce corruption, unrest and even civil war in the absence of strong rule of law, especially in developing countries, as one study by Matthias Busse and Steffen Gröning found. The same study found some negative correlation between natural resource abundance and the quality of government bureaucracies. Corruption is extremely damaging to a developing country: it hurts the poor, increases income inequality, robs the government of revenue and discourages foreign investment. As such, corruption is a powerful anti-development force.

Botswana’s success can therefore be partly explained by its handle on corruption; Botswana is ranked the 34th least corrupt country globally – and the least corrupt country in Africa – on Transparency International’s 2017 Corruption Perceptions Index. That feat is a result of successful governance following Botswana’s independence. By encouraging accountability and consensus-building following independence, newly-minted bureaucrats continued to focus on their country’s future instead of being swayed by cynicism and potential for personal profit.

However, Botswana’s political culture was not a product of happenstance but intentional leadership through establishing a tradition of strong leadership, rights, and accountability, underpinned by a coalition-building attitude. Founded on political consensus, the Botswana Democratic Party (BDP) has led the national assembly with a sizable majority since 1966. While one-party rule is typically a hallmark of dictatorships or communist rule, the Botswana Democratic Party is the result of  a development-focused consensus.

Botswana’s political consensus benefits from the ethnic homogeneity of the country. Botswana’s majority ethnic group, the Tswana, make up 79 percent of the population. Historically, Botswanan leaders have also attended the same foreign universities, forging bonds as classmates and friends. The common ethnic and educational background of Botswanan elites enabled agreement in the nascent and later stages of Botswanan development. Common bonds encouraged peaceful disagreement and discussion instead of political factionalism or conflict.

Botswana’s government also has a large degree of built-in accountability. The Tswana have a tribal tradition of consultation called kgotla. The government continued this tradition by consulting various leaders and elites on the development and policy of the country. Such a tradition ensures that people feel the government is there to serve their interests rather than the other way around.

Botswana has also held its own leaders accountable. While it has had a series of presidents serving over a decade, Botswana has enacted a two-term limit on presidents since 1997. Yet, even before this change, presidents stepped down peacefully and respected democratic elections. Thus, Botswana has a government accountable to its people, who would be unlikely to reelect corrupt or incompetent leaders. While resource abundance may increase corruption for many developing countries, Botswana benefited from leadership, and accountability that made corrupt practices unwelcome. This good governance underlied the prudent policy decisions that allowed Botswana to avoid the resource curse. Without leaders who were willing to put the country first, Botswana would likely not have saved money from resource revenues or invested it in education or healthcare.

While much of Botswana’s success is the result of unique characteristics like ethnic homogeneity and a lack of factionalism, Botswana offers a way for resource-rich countries to thrive. By viewing resources as a means for shared and sustainable prosperity, Botswana has looked creatively for policies that use resources to enhance growth instead of limiting it. Saving revenues over time and investing it in future development are proven ways to break the natural resource curse. However, countries must first engender accountability and consensus to get the right officials in office and encourage them to enact the right policies. Citizens must be made aware of where resource revenues are going so they can vote out politicians who waste or exploit a country’s resources for personal gain. If other developing countries, especially resource-rich ones, look to Botswana as a model of sound economic policy and government accountability, faster development will follow for them as well.