Trending:
You are at:Home»Regions»Europe»Why Merkel Will Win Germany’s Election
By Aziza Kasumov on September 23, 2017 Europe, Op-Ed, Politics and Governance, Uncategorized 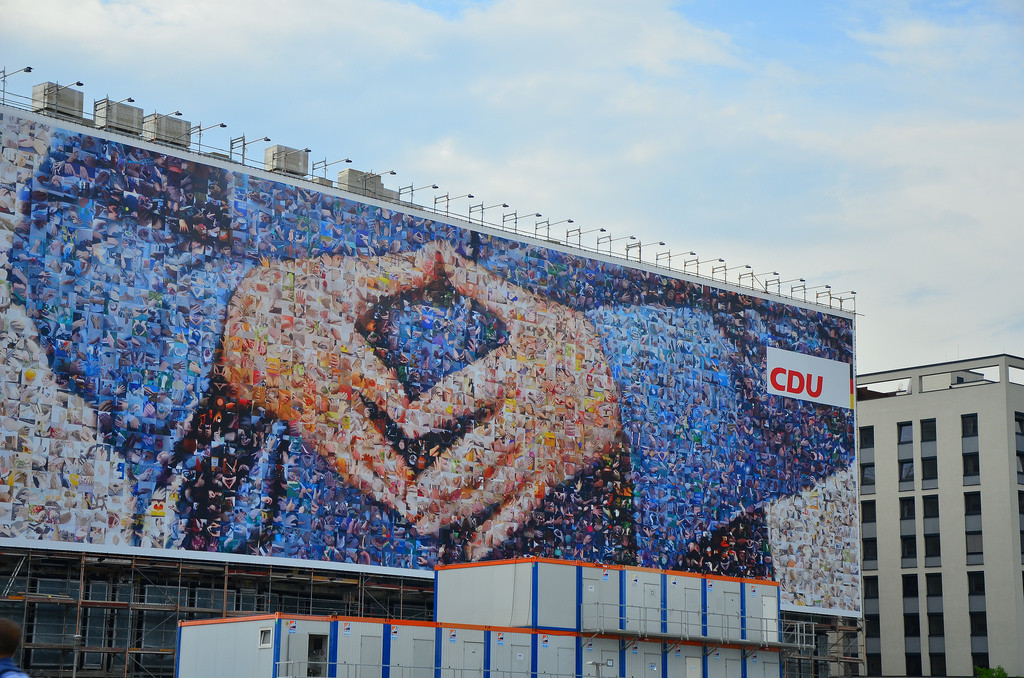 With Germans heading to the voting booths this Sunday, German Chancellor Angela Merkel stands as the de facto, unchallenged leader of the country. Merkel’s party, the Christian Democratic Union, is polling about 15 percent ahead of its main challenger, Social Democrat and former President of the European Parliament Martin Schulz. What was expected to be essentially a referendum on Merkel’s heavily contested refugee policies and her leadership style throughout the last twelve years now resembles a routine ritual of confirmation. Voters, it seems, will go to the booths to give their go-ahead for another four years of Angela Merkel.

A year ago, the political and social circumstances surrounding Merkel’s leadership role looked very different. Merkel’s harshest critics at the peak of the refugee crisis, the right-wing extremist party Alternative for Germany, gained momentum, polling at more than 15 percent of the popular vote. Thousands flocked the streets, united in their protest against Merkel and her government. “Merkel must go,” they chanted, holding up signs of Merkel wearing a hijab, claiming she was actively working toward an “Islamization of the Occident.” They called themselves “Pegida: Patriotic Europeans Against The Islamisation of the Occident.”

But protest didn’t only come from the far-right. Members of the Christian Social Union, a party only active in the state of Bavaria but known for its continuous alliance with Merkel’s Christian Democratic party in parliament, distanced themselves from Merkel, calling for caps on immigration and questioning the decade-long cooperation between the two parties. In September 2016, Merkel’s approval rating dropped to a five-year low of 45 percent. Merkel, it seemed, was set to leave office on September 24, 2017.

Today Merkel appears stronger than ever before. The open feud with the Christian Social Union is eradicated; the two parties have clearly expressed their willingness to keep up their bond. The Alternative for Germany is still in the race for the third largest party and will most likely enter the parliament. But its dangerously high polling numbers have fallen, from 16 to around 10 percent, and so has the presence of its supporters on the streets. What happened?

The power balances on the international stage have shifted, and so have its players. Under President Donald Trump, many have begun to question the United States’ role as the leader of the free world and the security guarantee for the Western world’s military superiority. Trump has questioned US involvement in NATO and distanced himself from the core values of the United Nations, emphasizing national sovereignty and “America First” in this week’s address to the UN General Assembly. Instead of ensuring military support for decade long allies, the US president has demanded money and support from weaker members of the coalition in exchange for a continued military cooperation.

Merkel herself has recognized this shift. In a speech at a campaign event of the Christian Social Union in May, she said: “The times in which we could rely fully on others — they are somewhat over.” Her relationship to Trump seems cold at best. In June, Merkel saw both former US president Barack Obama and Donald Trump on the same day, the former on the panel for a Christian event in Berlin, the latter for a NATO meeting in Brussels. The difference couldn’t have been more striking: while Merkel was friendly and amusing with Obama, she was distant and sober with Trump.

According to a Pew Research Center poll, only 11 percent of Germans have confidence in Trump to do the right thing regarding world affairs. Under Obama, that number was as high as 86 percent. German voters have come to question to reliability of one of their closest allies.

Martin Schulz responded to these doubts with one word: “Europe”. He proposes to fill the void created by Trump’s retreat from US allies with the European Union. Yet his proposal seems somewhat inconceivable, given the fact that Schulz himself was at the top of this institution as its parliamentary president for five years, yet failed to unite its members in landmark questions such as refugee distribution and economic crisis management.

Instead, voters turned to Merkel, who has shown that she can replace the US’s role as “world police” with a loose but reliable coalition among the world’s remaining leaders: France, Japan, Canada, Italy and others. At the G7 summit in Taormina, Italy, and the G20 summit in Hamburg, Germany, both earlier this year, Merkel led the coalition opposing Trump and managed to unite the other countries behind her. While she couldn’t convince Trump to stand with the Paris Climate Accords, she was able to sustain support from every other country that  signed the landmark agreement.

While  Schulz has only proposed questionable solutions, Merkel has demonstrated that she has found her own way. In times of international political upheaval, Merkel stood rock solid. This  earned her trust among German voters hesitant to take a chance in times that continue to foster uncertainty. Her approval ratings have climbed once more, to a staggering 64 percent.

There is another issue on which Schulz couldn’t score despite his European experience. One of the biggest challenges facing the European Union is the UK’s decision to leave the EU. “Brexit” has undoubtedly added to an atmosphere of change and uncertainty on the continent. Recent news reports have added to this feeling, suggesting that negotiations aren’t going as planned and that the period of incertitude until the “divorce agreement” is finally concluded may be prolonged by two years.

Schulz, under his tenure as President of the European Parliament, was unable to convince the Brits to stay.

In times of political uncertainty, voters tend to go for what they know already works. Germany’s overall economic performance is good. After months of chaos during the refugee crisis, the country has returned back to normal. And as uncertainty rises in world politics , Merkel has kept her calm. Her party run its  campaign entirely on the proposal to keep doing “business as usual.” This  seems to be what German voters want.

Aziza Kasumov is a freelance journalist originally from Ludwigshafen am Rhein, Germany, now living in Los Angeles, CA. She’s a senior at the University of Southern California with a double-major in Print and Digital Journalism and International Relations. Her primary interests include transatlantic political and economic relations, the West’s involvement in the Middle East and the rise of right-wing extremism in liberal democracies, particularly in Germany, France and the US. At USC, she’s involved in the student media coverage of South Los Angeles and the Teaching International Relations Program (TIRP). She has worked for newspapers on both sides of the Atlantic (The Huffington Post, Frankfurter Allgemeine Zeitung) and is fluent in English, German and French.