Trending:
You are at:Home»Regions»Americas»How the Trump Administration Reshaped US-China-Taiwan Relations
By Naomi Huang on February 29, 2020 Americas, East Asia and the Pacific, Politics and Governance, Uncategorized 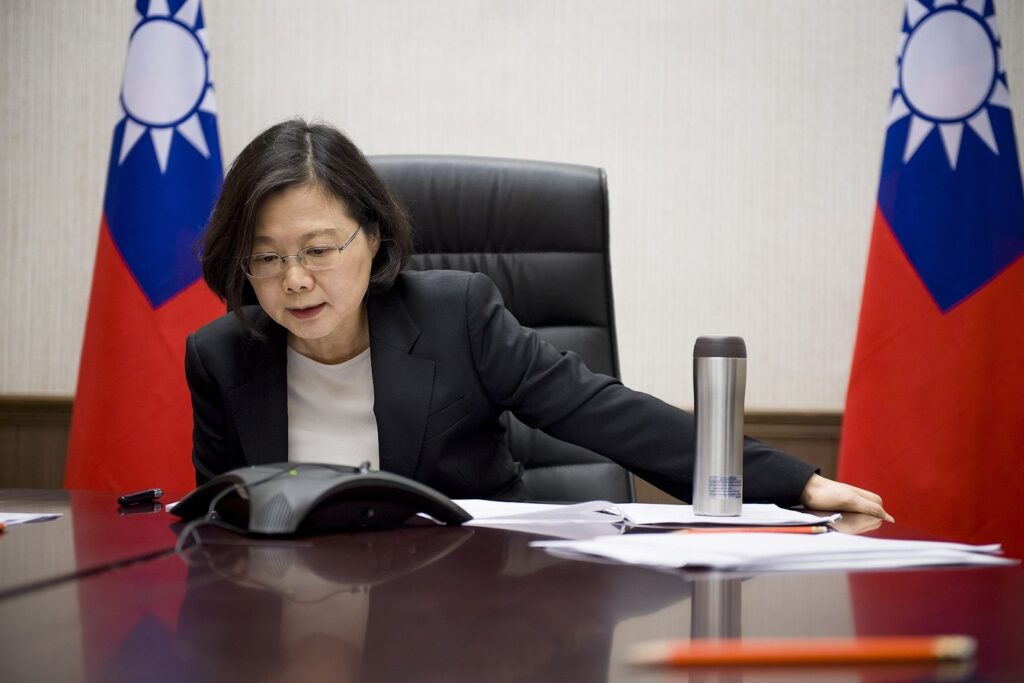 The President of Taiwan, Tsai Ing-wen, made a phone call to Donald J. Trump, ​President-elect of the United States, on December 2, 2016.

In October of 2019, The United States Senate passed the Taiwan Allies International Protection and Enhancement Initiative (TAIPEI) Act unanimously. The act is an addition to a series of US measures intended to ameliorate Taiwan’s worsening foreign relations. The act also symbolizes a change in attitude towards China, as the US makes a clear effort to assist Taiwan — a historically delicate issue in US-China relations. Although Trump seeks to counter China’s impact in Taiwan, US effort in elevating Taiwan’s diplomatic status could be counterproductive as China responds with harsher policies.

The US has traditionally preferred a conservative stance on Taiwan to maintain peace in the Taiwan Strait. Former US President Barack Obama prioritized cooperation with China on common security issues – primarily global warming – over provocative actions that could strain bilateral relations. The US’ long-standing inclination to prevent tensions with China was most evidently signified by previous declination to sell military vehicles to Taiwan. On the other hand, Trump, a stubborn disbeliever of environmental changes and a strong advocate for the “America First” strategy, has taken an adversarial position in his China policy. Trump launched investigations on China’s economic aggression and expansion almost immediately after he was inaugurated into office.

Tensions escalated between the US and China as the Sino-US Trade War intensified.  While the economic growth of China plummeted amid the Trade War, Taiwan emerged as a beneficiary of the War’s impact as the value of its currency rose and Taiwanese companies returned home to produce goods. Taiwan’s greatest gain from the US-China feud, however, is an ideological one. Under Trump and his team of China-hawks, China was re-examined and officially recognized as a “revisionist power” that posed a threat to the national security of the US. Such a narrative aligns with that of Taiwan, a de facto independent country that has struggled to deal with invasion threats and isolation from the international community as a result of Chinese pressure.

Trump’s attempt to improve Taiwan’s official status became apparent as US-China antagonism heightened. In 2018, the Senate unanimously passed the Taiwan Travel Act, which would “allow high-level officials of Taiwan to enter the United States;”. The US would later go on to approve various sales of arms to Taiwan, the most recent of which was valued at $2.2 billion. Furthermore, Taiwan’s strategic role was considered with new significance as US officials continuously cited Taiwan in its vision of a free and open Indo-Pacific region. This streak of US support has emboldened President Tsai Ing-wen to make more assertive statements on the national security of Taiwan and even visit New York to deliver a speech at Columbia University, all of which triggered strong reactions from China.

Though a strengthened partnership with the US opens doors to diplomatic opportunities for Taiwan, it simultaneously catalyzes pressure from China. Beijing has begun to express resolute opposition against Taiwan’s interactions with the US through its actions. Just this summer, Beijing issued a tourism ban that restricts Chinese residents from traveling to Taiwan as solo visitors. The ban could potentially result in lost revenue of $900.5 million in the Taiwanese tourism industry, which still heavily relies on Chinese tourists. A few months later, two of Taiwan’s remaining seventeen formal allies cut ties with the island and switched recognition to Beijing. In denouncing US arms sales to the island, China went as far as declaring that “China’s military will be ready to go to war” if “there are people who dare to try to split Taiwan from the country.” Beijing’s message is clear: the US would be playing with fire if it meddles with Taiwan.

In fact, Beijing cannot afford to compromise much on Taiwan. Sandwiched by a declining economic performance and a lack of progress on the trade deal, China’s President Xi Jinping needs to secure China’s national interest in Taiwan to justify his lifelong rule. Crippled by ceaseless anti-government protests in Hong Kong, Beijing desperately needs to prove its leadership capability by tacking a  firmer position on domestic affairs, of which Taiwan is considered a part. Trump administration would underestimate the significance of Taiwan should it continue to regard Taiwan as a card to pull out in trade negotiations. To China, Taiwan’s political value is beyond a chess piece in the game against the US; it relates to the legitimacy of the governance of the current Chinese government.

To maximize the interests of both the US and Taiwan, Trump needs to strike a careful balance between confronting Beijing and bolstering the self-ruled island. All things aside, an intensified cross-Strait tension, which could be fostered by greater US support, could harm Taiwan’s economy, consequently undermining the island’s ability to conduct defensive actions against China. Instead of taking ambitious steps to solidify Taiwan’s international status or urging the top hub of semiconductor manufacturing to restrict chip exports to China, Washington should work on increasing the financial independence of Taiwan by strengthening commercial ties with it. Establishing bilateral agreements on investments, for instance, could be immensely helpful as Taiwan strives to create a more favorable environment for foreign investments. A more economically independent Taiwan is important for a free and open Indo-Pacific that many US administrations have envisioned. On Taiwan’s side, President Tsai should avoid excessive reliance on the US’ support which, under Trump, is unlikely to be permanent given Trump’s unconventional diplomatic behavior and his America-first policy. Most importantly, Washington and Taipei should be aware of the new challenges ahead as uncertainty of the 2020 presidential elections approaches.