Trending:
You are at:Home»Regions»Americas»Venezuela’s Opposition: Strategy and Violence
By Andre Gray on April 20, 2017 Americas, Economics, Op-Ed, Politics and Governance 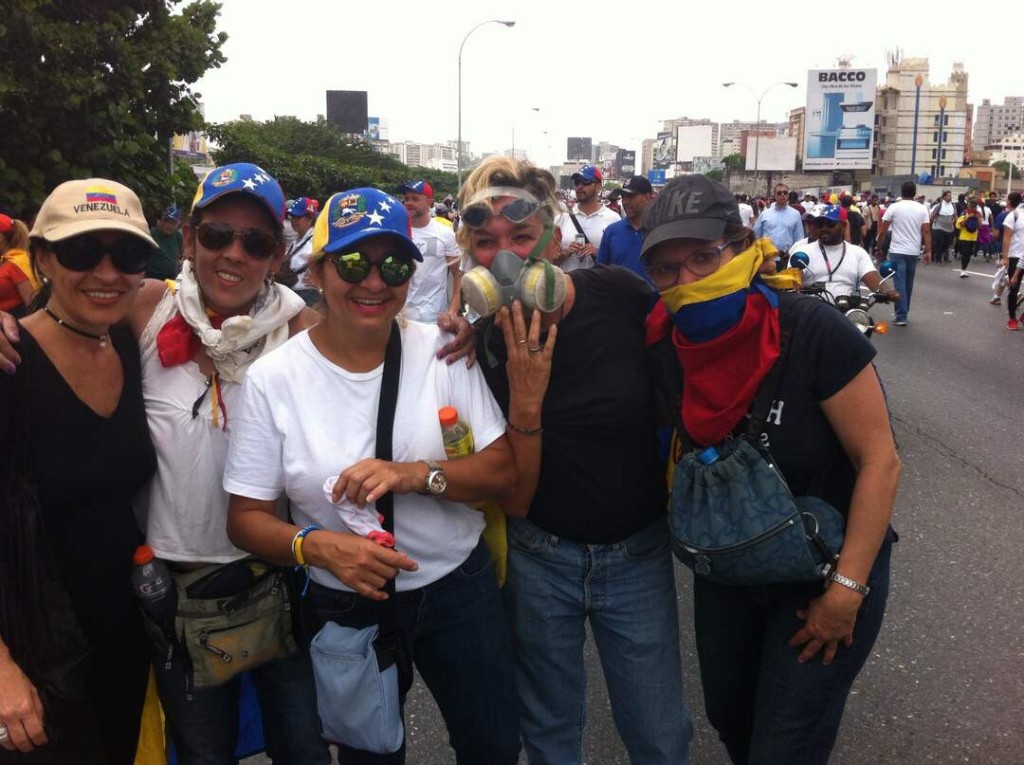 Protests Wednesday in Caracas (Photos from the author)

Anti-government protests called by the Venezuelan opposition Wednesday in the capital of Caracas (3 dead) were the characteristic mix of legitimate democratic demands, calculated bursts of violence and social media messaging that make up the opposition’s strategy against Maduro’s regime. It’s hard to find detailed, trustworthy reporting on the Venezuelan situation. Center-left sites like The Atlantic the New Yorker will go on these moral tirades that offer no serious political analysis, while further left outlets like The Nation or Jacobin defend Maduro, the police and the National Guard (with parenthetical reservations) against the protestors who are “undemocratic” and “imperialist”, presumably because the opposition is right wing. In both cases, it seems someone is trying to convince us that what’s at stake in Venezuela is the fate and future of capital “S” Socialism in general, rather than the playing out of structural weaknesses that existed before Chávez, exacerbated by men who, even if they were once ideologically genuine, used Chavismo to consolidate oil-wealth and power, as people are wont to do.

Maduro is using the legal tools that were given to him (by Chávez in the constitution he wrote, that “the people” democratically signed off on) to stay in power, whether it’s shutting down a referendum (which had been the opposition’s main mission since Maduro’s election), barring opposition leader Capriles from running for office, or having the judicial branch hold the National Assembly (Congress) in contempt after the right won a majority.

The opposition coalition, the Democratic Unity Roundtable (MUD), is hard to pin down. The collection of groups that have rallied behind the MUD are ideologically disparate, ranging from moderate left to the far right, including Primero Justicia (PJ), Voluntad Popular (VP), and the old, historically violent AD party. MUD support is geographically consolidated in large urban centers and industrial Western states. The MUD also includes a large number of former Chavistas from the urban poor in places like Bolívar, Miranda and the Federal District. The rural poor continues to support Maduro. 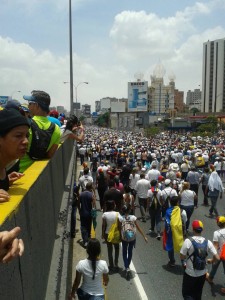 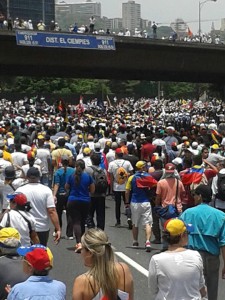 The coalition leaders, Capriles and Lopez, are both wealthy and Harvard-educated, and, until López was arrested, had fiercely battled for political power. Both played a part in the attempted 2002 coup against Chavez, and both have pushed the need for violence in public demonstrations. Capriles called for demonstrations after the 2013 election of Maduro, claiming without evidence that the vote had been manipulated. Eight people—all government supporters were killed in the protests. López organized the student demonstrations of February 2014, during which students strung wire across streets to decapitate pro-government motorcyclists.

For the most part, opposition violence is a response to government violence: pro-government motorcycle gangs called colectivos that assault protestors are a common feature at demonstrations. It’s also a structural problem—the police force has for years been decentralized (in part the far right’s doing), turning them into inefficient regional militias for state governments and contributing to Venezuela’s crime problem.

In the echelons of power, the opposition has played just as dirty as the government, focusing all energy on removing Maduro and playing victim rather than trying to solve Venezuela’s economic collapse in real time. When Venezuela’s electoral authority CNE, one of Venezuela’s few remaining independent institutions, found that the preliminary petition for referendum included the names of approximately 10,900 dead people, the opposition chose to wage war against CNE offices across the country. The reason the Supreme Court was legally able to hold the National Assembly in contempt in the first place was because legislators from Amazonas (including one pro-government legislator) were being investigated for electoral fraud, and the opposition chose to ignore the investigation and re-integrate the barred legislators into the National Assembly anyway.

It’s unclear how much longer the opposition intends to continue cycling through their strategy of protesting and broadcasting state violence to the international media. Given the government’s desperation to keep the opposition out of power, it’s unclear whether they have other options. Some in the National Assembly have even called on the international community to sanction or intervene in the Venezuelan government. While the military isn’t necessarily a unified actor, it continues to stand with Maduro (who has given them expanded control over mining and oil resources in Venezuela), and will likely play an important role in how this all eventually unfolds. Capriles has, somewhat suicidally, urged the army to step in and remove Maduro—but of course, if that were to happen, they would never cede power to a right-wing leader. The opposition is angry and organized, and their cause is important (if Maduro looks and talks like a dictator, he probably is). But their game plan is obscure, and it’s unclear how the right’s revolution will curb inflation. If Capriles gets arrested in the next few days, protests will probably continue. If he doesn’t, they might be back later this year.