Trending:
You are at:Home»Regions»Americas»The IR Implications of the South Carolina Graduation Speech
By Luke Phillips on July 3, 2013 Americas, Op-Ed, Politics and Governance 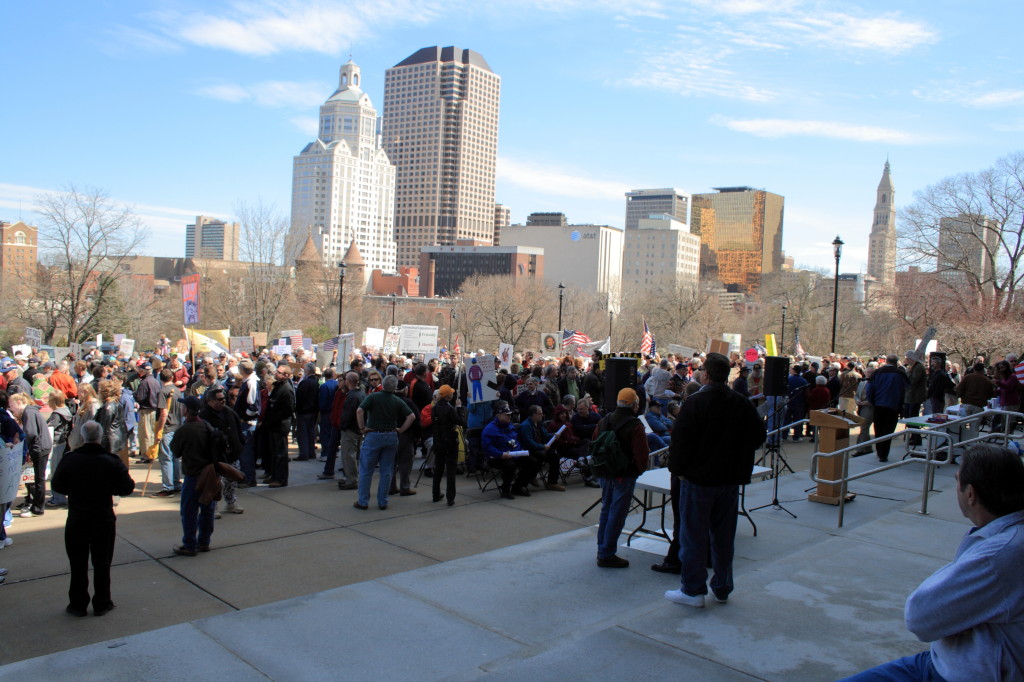 There has been a slight stir in the headlines in the wake of a South Carolina High School graduation incident. Defying his school district’s newly-instituted policy of replacing the traditional prayer at graduation with a moment of silence, valedictorian Roy Costner IV tore his graduation speech to shreds and recited the Lord’s Prayer, proceeding to detail his passion for his religion and justify his opposition to the school district’s ruling.

The incident, perhaps worthy of immortalization by Hollywood (or at least the cast of Saturday Night Live), is indicative of one of the most salient features of American domestic politics in the Information Age: the so-called “Culture War” which pits the knights of tradition against the crusaders of progress. More practically, this ideological conflict is part of the latest in the all-American debate over national identity. At the moment, the most vocal factions seem to be those on the Far Left and the Far Right: the traditionalists versus the progressives, the religious versus the secular, the Tea Party versus the Occupy Movement, Fox News versus MSNBC, etc. Though it is tempting for individuals who identify with these factions to characterize the state of affairs to be an apocalyptic battle of Right and Wrong over the “Soul of America” (and indeed both movements have heritages deeply critical to the general American heritage) it is likely that historians in the future- perhaps a mere couple of decades from now- will describe them as general movements in a pluralist mosaic of interest groups and identities whose interactions drive the general historical development of the Republic.

Given that these movements are integral to the fractious fabric of contemporary American society, it would be prudent for the student of American foreign policy to understand them, if they would understand the relation of American domestic politics to American foreign policy. The movement which the South Carolina graduation speech case represents, generally, is the populist, conservative, religious, and traditionalist faction of American society which, in the present day, tends to vote Republican, support family values and small government, and support strong-armed (though not necessarily neoconservative) foreign policy measures.

The graduation speech case is a demonstration of the power of this faction in certain geographic areas of the United States. After the requests and complaints of church-and-state groups caused the Pickens County School Board to replace graduation prayers with moments of silence, the deeply religious valedictorian at Liberty High School chose to protest the policy by quite literally bringing prayer back into the ceremony. Many in the crowd cheered as he did so; and the school pursued no disciplinary action against him. Though there has been much secular criticism of the valedictorian’s action, equal numbers of the faithful congratulate and support him. Regardless of the moral or legal implications or consequences of the event, and whatever the moral judgment ought to be upon the student or the school district, the incident clearly shows that religious factions in South Carolina- and indeed, in the United States in general- are strong and numerous enough to wield great domestic political power. Given that elected politicians in the United States must respond to their constituents, this power must exert some effect upon American foreign policy.

In his excellent piece The Tea Party and American Foreign Policy, Walter Russell Mead explores how populist movements have affected foreign policy throughout American history. While he ultimately concludes that systemic constraints and strategic priorities have been more considerably important than domestic demands, Mead explores certain tendencies which populist movements- the Jacksonians, the Populist Party, etc.- have exerted upon foreign policy. Expansionism and protectionism (and isolationism) have been among these, and they have typically accompanied critical structural changes in American politics.

In the modern iteration, it is common to see the present generation of populist conservatives advocate strong, moralistic foreign policy and a general skepticism towards international institutions. Indeed, their great hero, Ronald Reagan, seemed to exemplify this approach to foreign policy, and many followed the neoconservative Bush regime into supporting the Iraq and Afghanistan wars (though, again, those involved more war fever, and it is dangerous to characterize conservatives in general as neoconservative.) The policy-making power of this faction, however, is checked by the existence of that large faction which tends to be more pluralistic, secular, and supportive of international institutions, which often votes along Democrat lines. This faction shall be examined in a later post; for now it will suffice to say that however powerful it is, it exists alongside that faction which is generally supportive of Roy Costner IV in that bipolar balance which has defined American politics, and affected American foreign policy, since the nation was born.