Trending:
You are at:Home»Features»Op-Ed»The Costs of the Cocaine Trade
By Katya Lopatko on December 25, 2015 Op-Ed, Politics and Governance 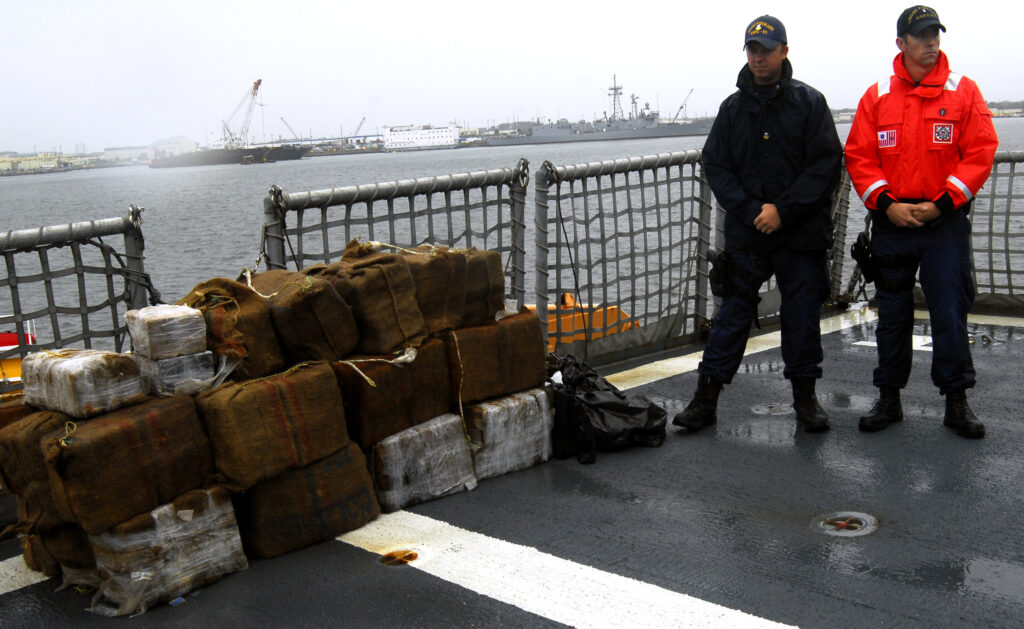 Members of the US Coast Guard seized $52 million of pure cocaine on a small shipping vessel in the Western Caribbean Sea; though South American traffickers may be safe in their own territory, smuggling through international waters bears greater risk. 2008. (Coast Guard News/Flickr).

Decades into the so-called war on drugs and the situation has yet to improve in any significant way. Though usage rates of arguably more addicting and lethal substances like heroin and other opiates have dropped and leveled off, cocaine shows no signs of going out of vogue. Beyond its harmful side effects, cocaine trafficking perpetuates the destabilization of entire regions, impedes good governance and supports terrorist activity around the world. As such, no country can afford to focus merely on fighting cocaine production, trafficking or use at home; the international community must cooperate in innovative ways to address an issue that entangles much of the globe.

According to an April 2011 report by the United Nations Office on Drugs and Crime (UNODC), the value of the European cocaine market ($33 billion) now approaches that of the US ($37 billion), when a decade ago it was a mere quarter of the American market. Most of these new users are young; in almost every European country in which the European Monitoring Centre for Drugs and Drug Addiction has collected data, a higher percentage of young adults (15-34) have used cocaine in their lifetime than of the total adult population (15-64). While Western European countries dominate these categories – the United Kingdom ranking first with 4.2% of young adults having tried the drug – the figures jump across the board for surveys of the school-going population. While the UK still tops the charts with 5%, Eastern European countries with negligible usage in the total adult population have comparably high data listed among school-goers. In Latvia, Bulgaria and Cyprus, 4% school attendees have reportedly done cocaine in their lifetimes, while among the adult population this figure is only 0.4%, 1.2% and 0.3% respectively.

These figures suggest that cocaine is enjoying a revival among the youth of Europe and that governmental efforts to crack down on use have been largely ineffective. With demand showing no signs of dropping, the cocaine trade will continue to thrive, its effects reaching beyond Europe and other consumer destinations.

The majority of cocaine enters the European market through Spain, where it is shipped mainly in small, local vessels coming from coastal cities in Northern and Western African countries. Tripoli, a coastal city in Libya, is the point of departure for most of the cocaine destined for Europe, according to an anonymous Nigerien trafficker interviewed by a Vice news team. To arrive there, the drugs must first pass through overland routes from African port cities like Lagos, Nigeria, Monrovia, Liberia and Dakar, Senegal, where they arrive from well-known and established Latin American cartels—many operating in Columbia and Venezuela.

Several years ago, US Drug Enforcement Administration (DEA) members posed as members of Colombian guerilla terrorist group FARC to secure Indjai’s consent to use Guinea Bissau’s international airport for shipping cocaine into Europe. According to DEA special agent Louis Milione, Indjai offered to arrange transport into Europe. In Niger as well, “the government and the drug traffickers are working together,” according to the anonymous Nigerien trafficker. “Do not bother with Niger’s government,” he told Vice, dismissing questions of whether he worried about government intervention with a laugh. Either too weak to control criminal activity or in search of personal gain, many governments allow traffickers to operate within their borders, which directly undermines the state’s policing legitimacy.

Beyond overtly engendering violence and disorder, cocaine trafficking also props up terrorist organizations. According to the DEA, of the 59 identified terrorist organizations, 22 have known ties to the drug trade, though this number could in reality be higher. In Mali, Al Qaeda in the Islamic Maghreb (AQIM) allows cocaine traffickers to pass through territories the group occupies in exchange for payment; this then allows AQIM to better fund its operations and recruit new members. This vicious, self-perpetuating cycle holds true for other terrorist and jihadist groups, from Movement for Oneness and Jihad (MUJAO) in Mali to Hamas in the Gaza strip and Hezbollah in Lebanon. 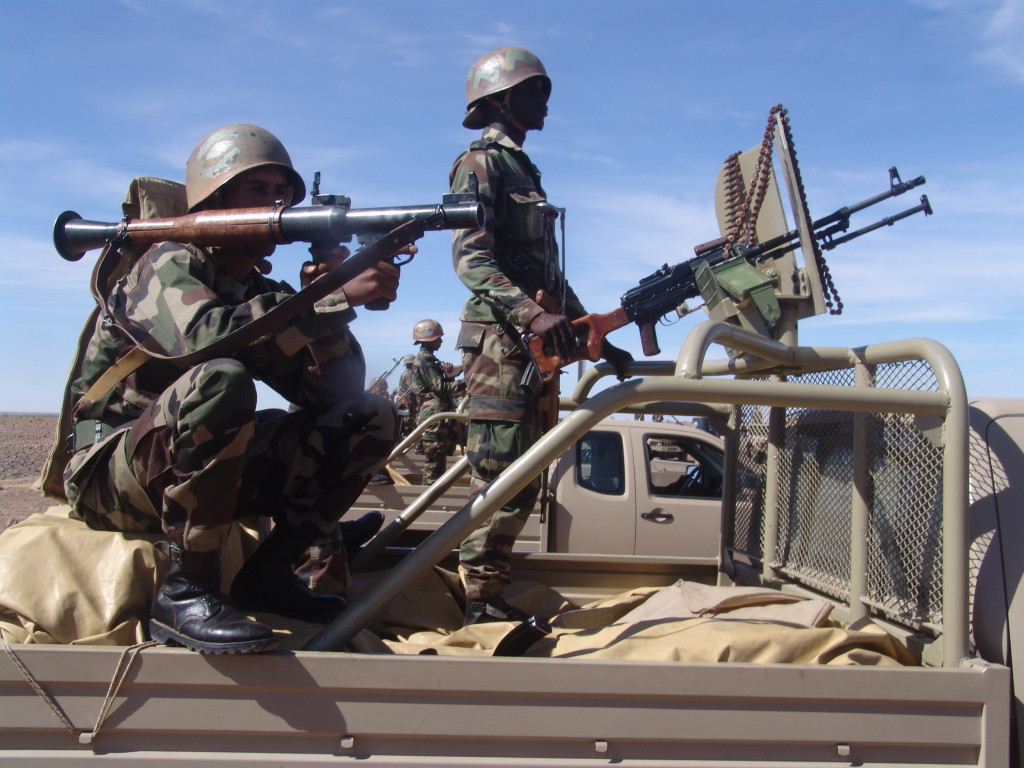 Milione refers to the collaboration between South American cartels like FARC and terrorist groups as a “marriage of convenience.” Traffickers need a route by which to transport their in-demand product to European markets, while terrorists and jihadists need cash inflow to support their operations. In this case, different criminal activities blend into one another; a large portion of terrorist attacks, such as the March 2004 bombing in Madrid, have likely been funded by drug money. In fact, the Madrid bombers even used drugs as a currency in commissioning the attacks.

At a recent conference in Istanbul – “The Role of Drug Trafficking in Promoting and Financing Today’s Global Terrorism” – UNODC Senior Terrorism Prevention Officer Irka Kuleshnyk expressed concern about the scale of cooperation between traffickers and terrorists: “While it is difficult to establish how widely terrorist groups are involved in the illicit drug trade, or the breadth and nature of cooperation between these two criminal groups, the magnitude of the numbers involved make the relationship worrisome.” Estimates vary as to the extent that cocaine profits find their way into terrorist organizations, but if even a small percentage of the yearly $2 billion of cocaine exported from just one Latin American country went to terrorist activity, it would be enough to fund significant criminal acts.

Beyond contributing to terrorism abroad, the cocaine trade’s support of terrorists undermines good governance at home. Allowing these criminal groups to control territory and enforce their own laws prevents the legitimate government from establishing authority within its own borders. Moreover, when illicit trade dominates a country’s economy through corrupt exchanges, a country cannot allocate the funds necessary to develop vital infrastructure.

Though by no means a new phenomenon or particular to the regions of West Africa or Latin America, the revival of cocaine trafficking to Europe has exacerbated this issue. Senior fellow for 21st Century Security and Intelligence at the Brookings Institution, Vanda Felbab-Brown, remarked that West Africa “has been characterized by a variety of illicit economies and their deep integration into the political arrangements and frameworks of the countries in the region” for decades.

Unfortunately, cocaine trafficking and weak, unstable governments perpetuate one another. It is difficult to know whether it is more effective to attack the cocaine trade in an effort to facilitate governmental stability or to directly promote strong governance in hopes that it will also eradicate the cocaine trade and other criminal activity. But with European demand on the rise, trafficking through Latin America and West Africa will continue to rise to meet it. Nor is it enough for any country, whether responsible for production, transport or consumption of cocaine, to fight crime within its own borders. While consumer countries like Europe and the US could and should take steps to minimize demand, the past decades have shown that the war on drugs cannot be won through such efforts alone. Stronger international cooperation is essential, as well as providing resources and intelligence to countries that lack the capabilities to fight trafficking alone. Given the trade’s global reach, the problem requires a global solution integrating all affected actors.