Trending:
You are at:Home»Regions»Americas»Part One of US, China, and Russia triangular relationship: Why Russia and China are growing closer
By Max Haskell on January 22, 2020 Americas, East Asia and the Pacific, Europe, Politics and Governance 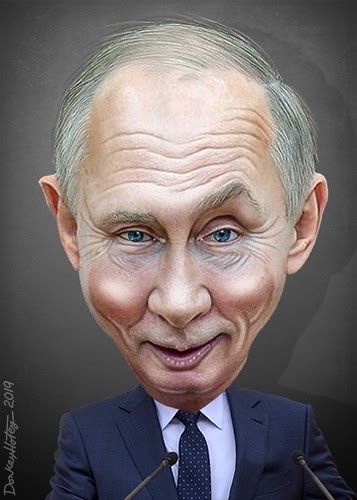 In June 2018, Xi Jinping concluded a three-day visit to Vladimir Putin’s Russia at the Grand Kremlin Palace. The visit, which featured President Xi gifting Putin two pandas, concluded with Xi describing Putin as his “best friend”, as both leaders commended the Sino-Russian relationship. Amidst the flattery, both leaders cited increased economic aggression from the United States as a threat, and in doing so, the source of their growing closeness. China it seemed, amidst the US trade war, has sought comfort in strategic alignment with its neighbor. Russia, with her knack for opportunistic disruption, recognized the economic merits of a healthy relationship. The United States, watching from afar remained content to call their bluff.

Russia’s economic pivot to China is traced back to the Russian recession of 2014. Following its invasion of Crimea, Russia faced intense political backlash, which soon transpired into sanctions. As sanctions dulled the economy, foreign investors who had invested capital post-2008 began to withdraw. As they fled, investors converted currency from Rubles to US dollars forcing a further devaluation of the Ruble. The currency devaluation coincided with a global slowdown in oil and gas exports. Oil and Gas exports contributed to 60% of Russia’s exports from mid-2014 to early-2016, as crude oil prices fell from $100 per barrel to approximately $30 per barrel, forcing an inflation spike, which took years of recovery. Having shot itself in the foot with Crimea, Russia was then forced to navigate a perfect storm.

The winds of the west soon began to China, who wasgrowing increasingly wary of the implications of a US pivot to Asia. Despite the US government enduring unprecedented levels of domestic polarity, one of the policy fields both Democrats and Republicans agree upon is an aggressive approach towards China’s rise in power. China’s ascending influence in the global order is evidenced through its development of the AIIB and the Belt and Road project.  The US, having lounged in a Pax-Americana worldview, began to counter China’s ascent through multi-dimensional pressures designed to limit Chinese influence.

As the US-China debacle takes center stage, Russia watches from the side-lines, keen to exploit an opportunity. Following the Western-led financial ostracization Russia incurred, Russia was forced to re-evaluate its existing political strategy. Anyone west of Ukraine was bound to toe the European Union’s line, while the decision of the Baltic states to join NATO in 2004 signaled their west-ward outlook.  Turkey’s relationship with Russia had frequently possessed an under-current of tumultuousness, and Turkey’s downing of a Russian warplane in 2015 meant the countries were closer to war than strategic agreement. While the Russia-Turkey relationship has stabilized in recent years, the two are a long way away from harmonious ties. Russia maintains strong relations with traditional allies Belarus and Kazakhstan, neither of which have the strength to satisfy Russia’s political demands.

The US has ample reason to be cautious of Sino-Russian relations. Their economic partnership has evolved into military coordination, with Russia hosting its first-ever war games with China in September 2018. Xi and Putin’s tactics are sensical. As leaders who came from obscurity to develop their nation-states to the next stage of development, their nationalistic drive for success holds no confines. In the face of a common adversary, both countries share a willingness to collaborate. Indeed, alignment sends a strong signal to the United States: the stronger the pressure, the closer we grow.

This closeness is perhaps cemented by a resentment towards Pax Americana. Nostalgic of the power she once it enjoyed, Russia relishes its staunch opposition towards US policy. China, thriving of its ascent and the subsequent standards it has set, has looked to serve as a counter-balance towards US-led interventionism in autocratic countries. Russia decided looked southwards towards China. Sharing a land border, the two countries recognized the pressures each faced by the Western hemisphere and the opportunities that could arise. Russia, under pressure by a crippled economy, was desperate to find a suitable export destination. Meanwhile, China threatened by a US tilt to the East saw potential in strengthened bilateral relations with Russia. Together, the two see friendship in light of a common enemy in the United States.