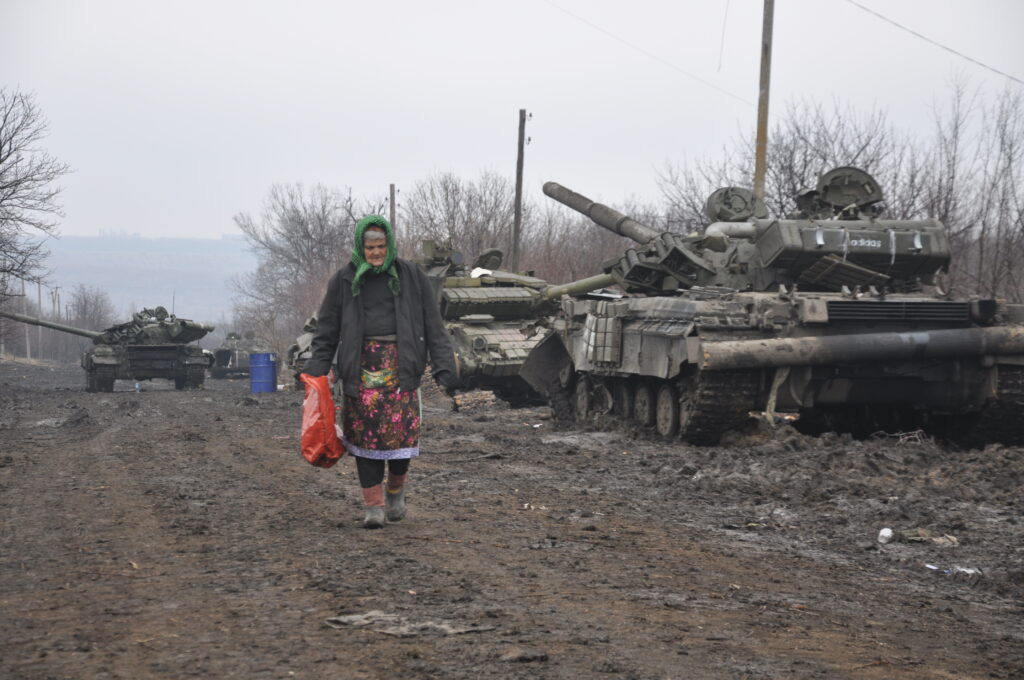 On the surface, it would appear that Ukrainian President Petro Poroshenko has begun the long-overdue process of eliminating corrupt, power-hoarding oligarchs from national prominence, despite his own status as one of the richest men in the country. In March of this year, Poroshenko removed Igor Kolomoisky, the former governor of the Dnipropetrovsk region and an oligarch with a personal fortune of $3 billion, from power. This came shortly after a volunteer battalion under the control of Kolomoisky captured offices of a state oil firm, followed by an embarrassing standoff between national troops and Kolomoisky’s men. National authorities then charged one of his banking assets, PrivatBank, with fraudulently diverting upwards of $1.8 billion out of the country in August.

With Kolomoisky under scrutiny, President Poroshenko has now shifted his focus to the richest man in Ukraine, Rinat Akhmetov. Akhmetov is hemorrhaging profits from his steel and energy empires as a result of ongoing violence and instability in Eastern Ukraine. He is also having difficulty repaying debts issued in foreign currencies with Ukraine’s devalued hryvnia. In that context, the government’s actions to annul the privatization of parts of Akhmetov’s firm DTEK – which produces the majority of the non-nuclear power in Ukraine – is a clear attack on a weakened target.

Attacking Kolomoisky and Akhmetov gives President Poroshenko the air of a morally superior leader willing to act against corruption and oligarchy in Ukraine. The following, however, are two arguments asserting that Poroshenko chose his targets so as to politically utilize ethnic and religious distrust and position himself as the protector of true Ukrainians. Neither is confirmed, but the chains of evidence exist.

To provide context, nationalism and ethnic distrust have been on the rise in Ukraine. The Western oriented Poroshenko government successfully adopted economic policies prescribed by the EU and the IMF; but with economic reform comes devalued currency, increased prices of necessary goods and increased inequality and hardships for the people. From those difficulties, far right, ultranationalist movements have emerged that support a more independent Ukraine free from either Russia or the West. This is the societal trend that Poroshenko is playing to in Ukraine.

The first suggestion that the attacks are politically motivated is relatively simple: both oligarchs under scrutiny have Eastern Ukrainian power centers. Kolomoisky’s political seat of power was in the Eastern city of Dnipropetrovsk, along with most of his business interests. Akhmetov’s factories are mostly in Eastern Ukraine as well, and he was a great supporter and beneficiary of deposed President Victor Yanukovych’s Eastern-leaning regime. Therefore, it is plausible that Poroshenko is attempting to gain favor in the more Western-leaning areas of Ukraine by invoking existing tensions through the prosecution of prominent Eastern businessmen. Simultaneously, he could be playing to the ultranationalist movements by attacking people with perceived Russian connections.

The second argument may seem more circumstantial, but when taken with the first could prove poignant. Both Kolomoisky and Akhmetov are not purely ethnically Ukrainian: Kolomoisky is Jewish  (outspokenly so) and Akhmetov is a Tatar (Muslim). Most ethnic Ukrainians, however, are Eastern Orthodox. Their last names also indicate that they are not ethnically Ukrainian – neither end in “enko” as most ethnically Ukrainian names do. Both the religious differences and the variance in name structure suggest a cultural and religious divide between the two oligarchs and ethnic Ukrainians, which Poroshenko may be exploiting.

The previous assertions would perhaps hold little meaning if not for the fact that Poroshenko is losing his power base. 97% of Ukrainians are dissatisfied with the rate of change under his administration and questions remain about his commitment to combatting oligarchy, despite the examples of Kolomoisky and Akhmetov. In fact, they are the first oligarchs against which Poroshenko has acted. As a result, his popularity numbers are down and he is losing the people’s trust.

Now, Poroshenko and his government are under pressure due to a looming election. Former Prime Minister Yulia Tymoshenko, whom Poroshenko beat in the most recent presidential election, is gaining ground in the polls and challenging Poroshenko from the Euro-centric side of the political spectrum. She, too, is using nationalist rhetoric and symbolism—including a famous picture of her holding wheat, a commodity Ukraine is known for producing, with her hair in a traditional braid. Because Poroshenko has failed to convince the public that EU-prescribed economic reforms are attacking the oligarchs or improving the lives of the citizenry, nationalist rhetoric is growing across the political spectrum. In order to regain support, Poroshenko must appear to be protecting Ukrainians from those who would take advantage of them. It makes sense, then, that he would target people who are already disliked for their social status and distrusted for their identity.

The combination of his low approval rating and a general rise of nationalist fervor makes it politically practical for Poroshenko to attack two of the East’s major oligarchs, both of whom are ethnic “outsiders” in Ukraine. But political expediency is not without its potential complications. Ethnic conflict has already impacted Ukraine, with the ethnically Russian majority wanting to disassociate with Kiev. If Poroshenko continues to only prosecute oligarchs that are Eastern-oriented, there may be increased distrust between ethnic Ukrainians and ethnic Russians. Ukraine has had a massive spike in black market weapons sales and a minority that has violently sought increased autonomy just over a year ago – add tension along the same ethnic divisions and conflict could soon follow.

Further escalation in Ukraine might be catastrophic. Any emerging ethnic strife could see the Kremlin use the guise of protection for Russian minorities to exert further influence—perhaps even take tangible military action, which would put the US, the EU and NATO in a tricky situation. If Poroshenko continues to foster ethnic distrust, and if nationalism wins out in Western Ukraine, further conflict escalation will not be far behind. In an attempt to curry political favor, Poroshenko could be leading his country into further struggle and misery.