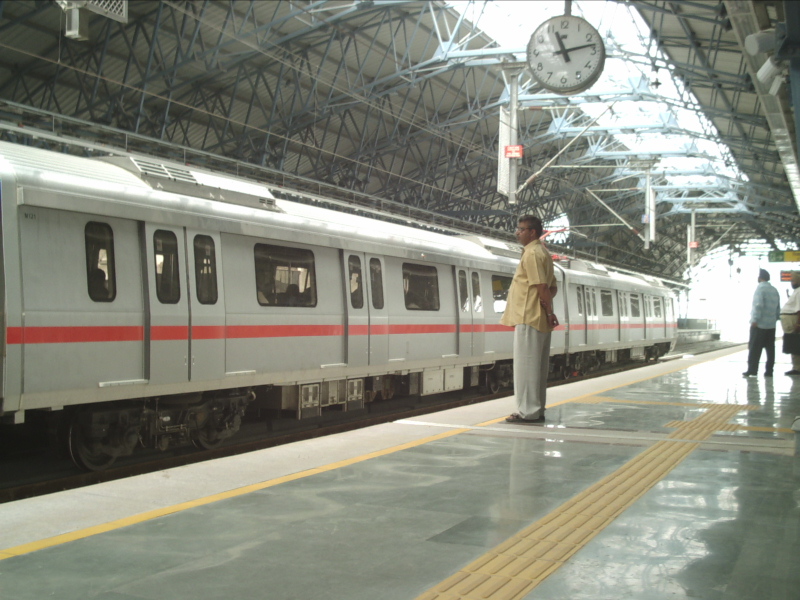 A streamlined public transportation system is an important element of any modern city’s infrastructure. Metro and subway systems reduce traffic, cut emissions and connect populations. Look to Asia for prime examples of such systems; Japan is home to 82 of the world’s 100 busiest train stations and famous for its timely and clean trains; Seoul’s metro system is the longest in the world and equipped with Wi-Fi and 3G data access in all train cars; other Asian cities, such as Hong Kong and Guangzhou, have garnered worldwide acclaim for their clean, spacious, and high-capacity subways; even in Pyongyang, North Korea, the subway system is a well-used piece of infrastructure. 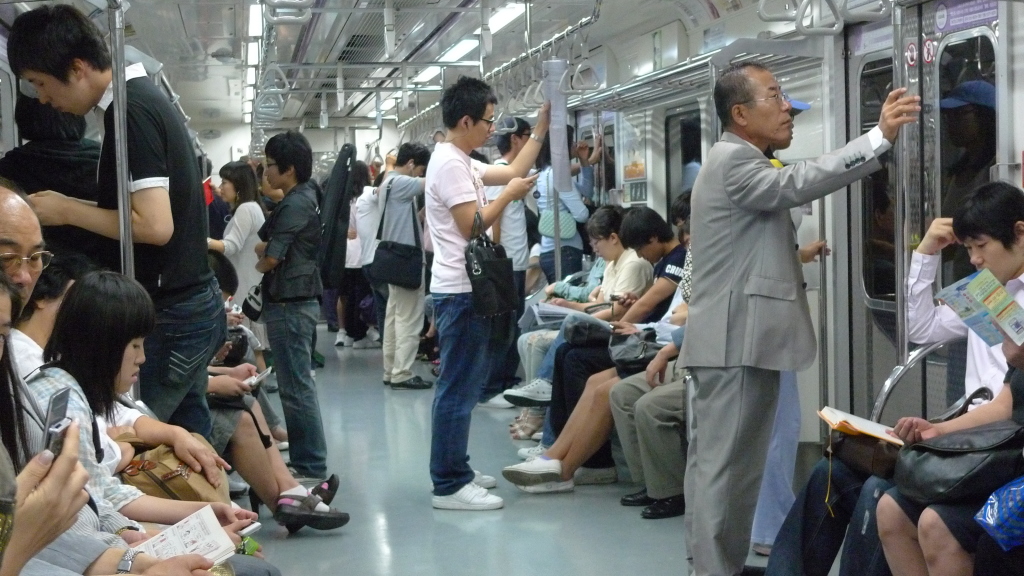 Commuters in Seoul, South Korea can access Wi-Fi and 3G data on their mobile devices on the metro. September 12, 2009. (David Randomwire/Flickr Creative Commons)

On the other side of the continent, city governments within India are working to build public transportation systems on par with those systems in East Asia. This is an important step in the success and development of India—its population is set to overtake that of China within the next 20 years, and it is only reasonable that its infrastructure and public transportation systems are up to standard as it continues to grow.

In part, it is a burgeoning consciousness of environmentalism that powered the recent surge in the construction of public subway and bus systems in India. Prime Minister Narendra Modi has stressed the eco-friendliness of India’s expanding subway networks, especially of that in New Delhi. Today, the Delhi Metro Rail Corporation (DMRC) is a large institution, servicing 2,500,000 people or more each day, but Modi has even bigger plans for the system. The government has begun construction on a number of new stations in Delhi to further improve the flow of the DMRC and to reduce Delhi’s pollution from cars and industrial sites. Together with other growing Indian metro systems, the DMRC will be a major feat of infrastructure upon completion with at least 6,000,000 daily passengers. While the numbers might pale in comparison to the tens of millions using subways in large cities across East Asia, India’s progress in public transportation reflects well on the government’s environmental policies—to have 6,000,000 people forgoing cars is no small victory. The DMRC has also received attention from the UN as the first public transportation system built under the UN Framework Convention for Climate Change. On the surface, everything seems to be going smoothly for the Delhi metro system.

Modi and his ministers, particularly Urban Development Minister Venkaiah Naidu, have touted the environmental benefits of the DMRC, projecting the image of an eco-friendly government and urging Indians to be more environmentally conscious. For Modi’s government, the developing subway systems are proof that the government is playing its part in reducing emissions. Naidu has even repeatedly encouraged ministers and government officials to use the Delhi Metro every Wednesday; Naidu rode the Metro to the airport, although it is unclear whether other ministers have followed suit.

In conflict with their domestic rhetoric, Indian leaders sing to a very different tune on the global stage. In anticipation of the UN climate summit in Paris in November 2015, the Indian government has declared it will not create a plan to reduce greenhouse gas emissions. India, after all, is a developing country, and Modi believes that his government’s main priority is to reduce poverty and grow the economy, not to reduce the country’s carbon footprint. India’s greenhouse gas emissions have been a point of concern for developed countries in Europe and North America, but the Indian government has insisted on honoring its own priorities. There is, then, a disparity between India’s environmentalism abroad and at home.

For Modi, this inconsistency is purposeful and strategic. Encouraging environmentalism at home shows that he cares about the health of Indians and cities’ livability; cleaner cities are conducive to a healthier, happier and more supportive population. The growing infrastructure, particularly the DMRC, also employs a great number of people, from construction workers to engineers and suppliers. He has not only created jobs by promoting green life choices; he even runs the metro system at a profit. Modi has capitalized on environmentalism at home, using it as a social and economic tool. His approach to the international stage stems from the same motivation: business development. While domestic environmentalism provides some form of revenue for India, cooperating with developed nations to cap emissions does not. India’s economy relies on industries like mining that will be stunted by environmental restrictions imposed by the international community. Modi cannot afford economic stagnation. Partaking in an emissions cap agreement will put India at a disadvantage, and it is simply not in line with Modi’s business-centric platform. By refusing to join in an environmental agreement, Modi also demonstrates to Indians that he values Indian interests above all else, a potent nationalist message.

To date, Modi has focused heavily on internal business and government interests. But, at what point do his international responsibilities outweigh his domestic duties? As a leader of one of the world’s most populous countries, Modi’s choice has global, lasting consequences. If he cooperates with developed countries, then India’s international image would improve and people around the globe would benefit from less pollution. But if Modi stands his ground, he could build India’s economy further. International leaders claim that the world cannot afford more emissions from developing countries like India, but Modi believes that India cannot afford to limit itself in the middle of its economic boom.

Modi has managed to balance economic and environmental interests regarding the construction of the DMRC; his next challenge is to find that balance on a global scale and place India on the same platform as powerful developed nations like the US and China, economically and environmentally.