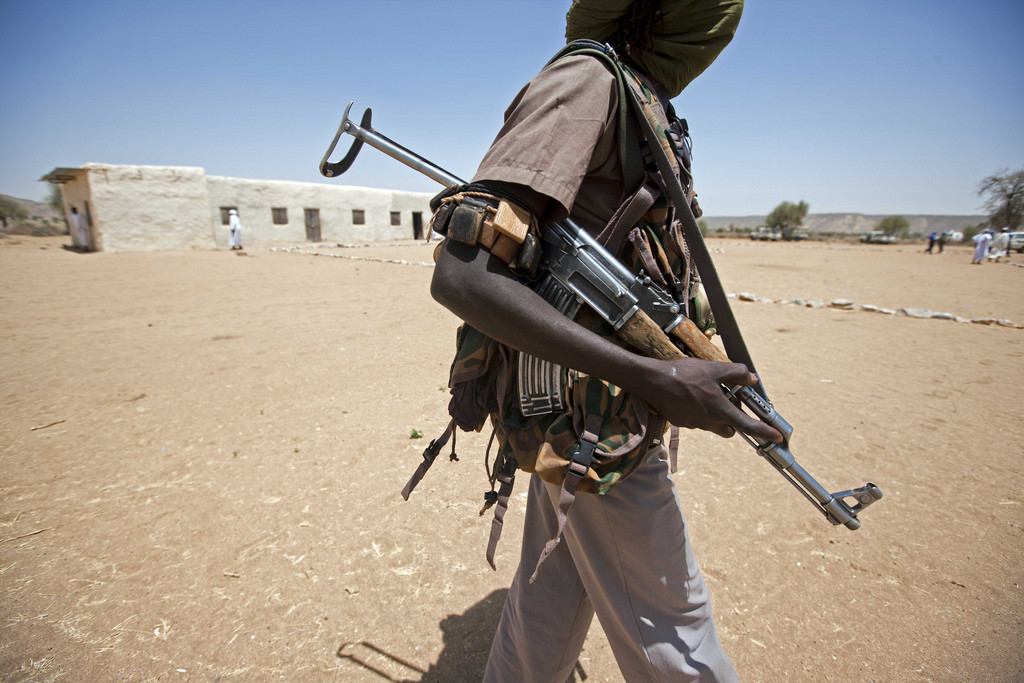 Caption: In West Darfur, ethnic groups have been fighting for water for over a decade. 2011. (UNAMID/Flickr)

An important aspect of the negotiations at the 21st Conference of the Parties (COP21) was the financing of climate-adaptation projects in less-developed countries. Climate change poses a more severe threat to stability in developing countries, where government resources are scarce and local economies are reliant on agriculture. Droughts linked to climate change have already contributed to the escalation of violent conflicts in Sudan and Syria. These events have had serious negative consequences for western countries, including a massive migration of refugees to Europe and an escalation of terrorist attacks.

The agreement reached in Paris this summer was an important step in the right direction, guaranteeing developing countries $100 billion per year in adaptation funding by 2020. But will it be enough to stave off the instability and conflict that is sure to accompany global warming?

Developing countries are particularly vulnerable to climate change, and by extension the instability that comes with it, because of their dependence on agriculture. In Africa nearly 60% of the labor force is employed by agribusiness. The World Bank estimates that by 2080 droughts linked to climate change will reduce crop yields in Sub-Saharan Africa 15%, forcing millions of people into poverty. The governments of African countries will be put to the test as they attempt to respond to climate-driven food scarcity and unemployment.

Although climate shocks do not necessarily lead directly to conflict, they act as a threat multiplier, increasing the likelihood that political and ethnic tensions will result in violence. For example, in Sudan an extreme drought fueled the start of the conflict in Darfur. Prior to its beginning in 2003, rainfall was down by approximately 30% for multiple decades in a row, leading to high rates of poverty and malnutrition among farmers and herders in the region. The Sudanese government put in place policies granting additional water rights to people from Arab regions, generating an escalation of ethnic tensions. The region has since descended into civil war, with the Janjaweed – an Arab militia – and the Sudanese government carrying out ethnic cleansing against Darfur’s African population.

Similarly, a report published in the Proceedings of the National Academy of Sciences found a strong connection between the Syrian conflict and climate change. A severe drought lasting from 2006 to 2009 – exacerbated by the “misguided agricultural and water-use policies of the Syrian government” – caused mass crop failure, impoverishing farming communities. As a result, approximately 1.5 million people migrated from rural to urban areas. This influx of people strained government programs and increased the rate of unemployment, resulting in social unrest and eventually an uprising against President Bashar al-Assad in 2011. These events have created a power vacuum for terrorist organizations such as the Islamic State and Jabhat al-Nusra to gain legitimacy amongst portions of the Syrian population by providing them with social services (e.g. education, health care).

Western countries have not gone unscathed. European countries have welcomed unprecedented amounts of refugees, angering their native populations and putting an additional burden on their economies, which have yet to fully recover from the Great Recession. Large-scale terrorist attacks have been carried out in France, and Cologne experienced a mass sexual assault at the hands of largely North African and Arab immigrants. It would be inaccurate to depict climate change as the principal cause of these events, but it is certainly not unconnected.

In order to avoid instability, developing countries will have to implement adaptation programs to prepare for climate change. Currently only 6% of African farmland is irrigated, leaving farmers defenseless against shifts in patterns of precipitation. With more severe and frequent droughts, farmers will need to construct sophisticated irrigation systems and switch to drought-resistant crops. These adaptation measures must be encouraged by government policy, which could provide low-income farmers with subsidies and consultation services.

However, governments in developing countries often do not possess the financial resources to implement these programs, and are in need of assistance. The Green Climate Fund (GCF) was created at COP16 with the mission of providing less-developed countries (LDCs) with the financial resources to respond to climate change. Then at COP21, developed countries agreed to increase adaptation financing from $10 billion to $100 billion by 2020—a monumental achievement. Following the signing of the final agreement, the South African Minister of the Department of Environmental Affairs, Ms. Bomo Edna Molewa, proclaimed that the delegates had reached an “ambitious, fair and effective legally binding outcome of which we as all South Africans can be proud.” Nevertheless, past funding pledges have failed largely because western countries have been insulated from the effects of climate change; with the continuation of the European refugee crisis, western leaders may begin to develop a greater appreciation for adaptation funding.

Developed countries will have to increase their climate aid substantially in the future in order to meet the growing demand for adaptation projects in the developing world. At COP21, negotiators agreed to establish a new funding goal before 2025 (using $100 billion as the baseline). The United Nations Environment Programme (UNEP) estimates that by 2050 LDCs will require between $210 billion and $300 billion in assistance per year, more than double the current pledged funding from developed countries.

International organizations have also increased their climate aid in an attempt to reach the UNEP’s looming funding-target. In November 2015, the World Bank announced the African Climate Business Plan. The Bank plans to “build up the continent’s resilience to climate shocks” by devoting $16 billion to adaptation projects. These projects will include climate-resilient infrastructure (e.g. irrigation, dikes, paved roads), energy infrastructure and climate data gathering.

It is important that world leaders follow through with the financial promises they made at COP21, keeping in mind the security implications of their actions. Global warming is not an isolated issue and should not be treated like one. A failure to fund adaptation programs in LDCs could have serious ramifications in the realm of high politics and national security. The future stability of the international system is largely dependent on the willingness of developed countries to expand adaptation funding in the next couple decades. Defense hawks who often pride themselves as “climate-skeptics”, should take another look at the facts. Climate change has had a devastating effect on fragile states, initiating a set of destabilizing chain-reactions that are almost impossible to stop once begun. This “Pandora’s Box” effect – if unaccounted for by adaptation funding – will have serious geopolitical consequences.