Trending:
You are at:Home»Features»Creative»Reflecting on Irish Anxiety: The EU’s Presence in Dublin Through Photos
By Claire Cahoon on April 13, 2016 Creative, Economics, Europe

In one of my first pieces for Glimpse from the Globe, I discussed Ireland’s vulnerability in the global economy. I considered three threats facing the relatively young nation: an Irish economic bust similar to the death of the Celtic Tiger, the UK’s exit from the EU and the potential disbandment of the Eurozone.

The title of the piece was “Irish Anxiety: Economic Dependence in an Independent Country.” Since this article, the disbandment of the Eurozone has become less of a concern. However, an economic bust is still a possibility, and the UK leaving the EU is becoming an even more serious threat. The IMF recently released a report indicating that a Brexit could cause instability in trade flows between Britain and the rest of the EU, including Ireland. Another report by Irish stockbroking firm Merrion indicates that a Brexit could cut bilateral trade flows between Ireland and the UK by 20%.

The fears surrounding a Brexit are only one example of Ireland’s dependence on the European Union and it’s member countries. The island country has heavily leaned on the Union since it first joined.

Ireland became a part of the European Economic Community in 1973 (which then became the European Union in 1991). At the time, Ireland was relatively insignificant economically, having only separated from the United Kingdom about fifty years prior. The choice to join the EEC was an effort to boost a waning economy — which had been predominately secluded from the rest of Europe — by increasing exports to other European countries. The European Commission, the executive branch of the EU, has continued to significantly bolster the Irish economy in recent years. 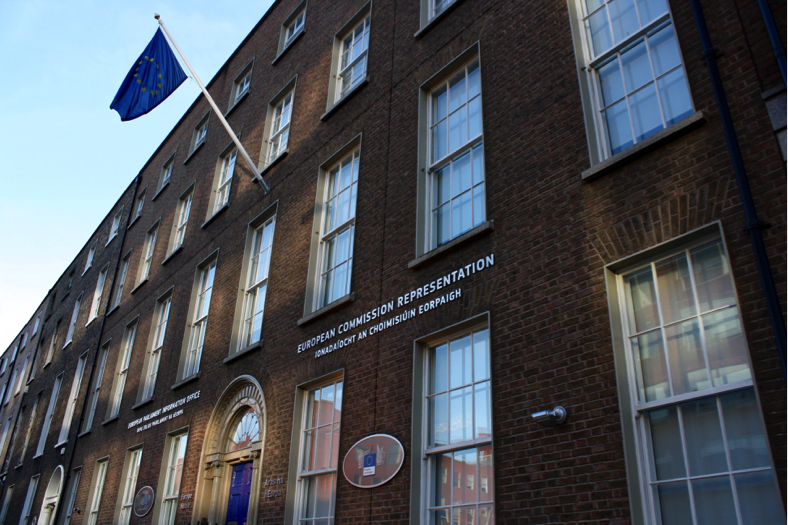 Take, for example, Dublin’s “Temple Bar” district. Before 1991, the area was one of the most run-down in Dublin. The European Commission then invested 47 million euros in to re-building Temple Bar both physically and economically, and now the area is known to be Dublin’s center for tourism, entertainment and nightlife. 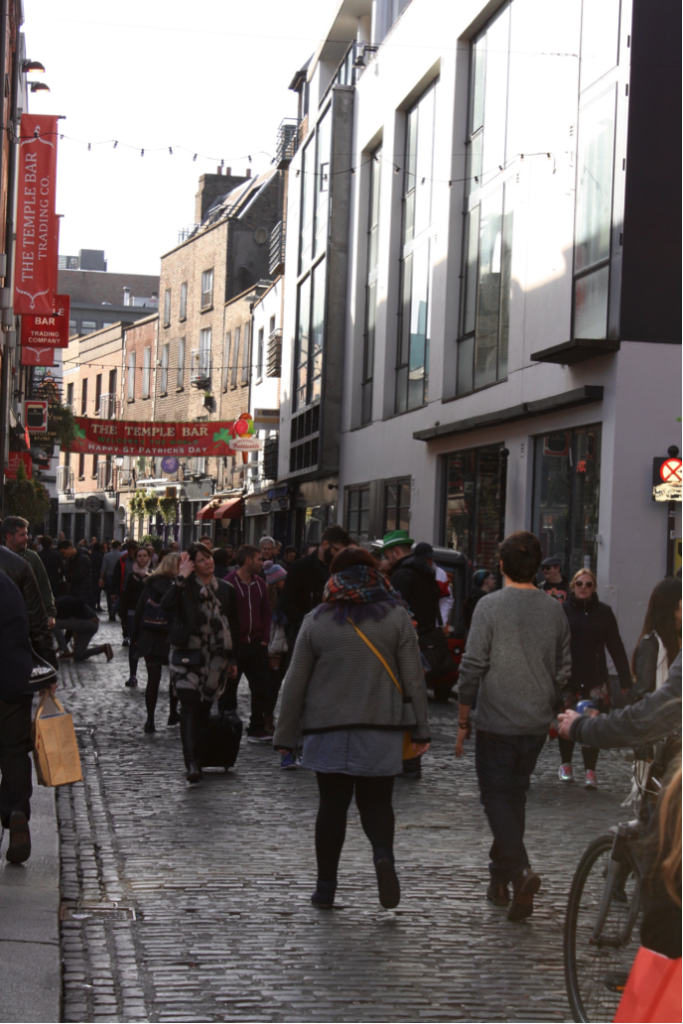 The Temple Bar: Dublin’s center for tourism and culture. April 2016. (Photo courtesy of the author.) 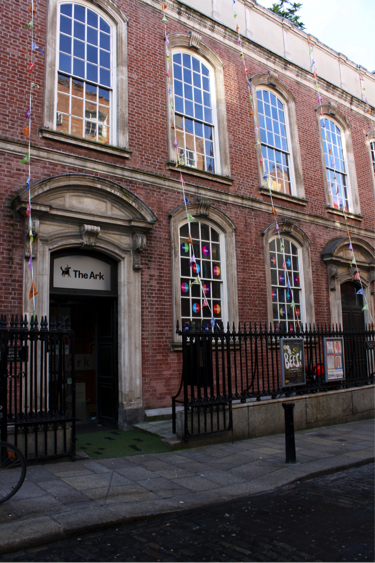 The money from the Commission was used to make more pedestrian-friendly walkways and signage, fund business growth, create parks and instate important cultural institutions. For example, the fund created a new Viking museum, Dublina, a children’s theater, The Ark, and a film institute. 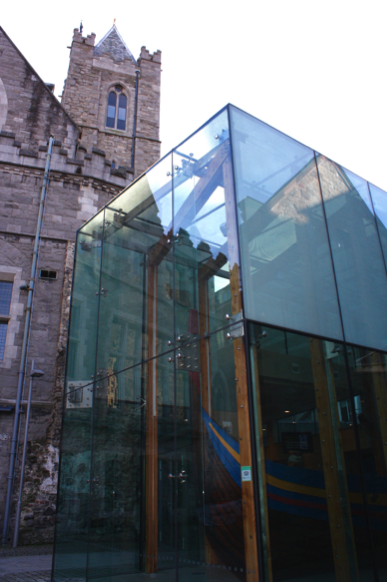 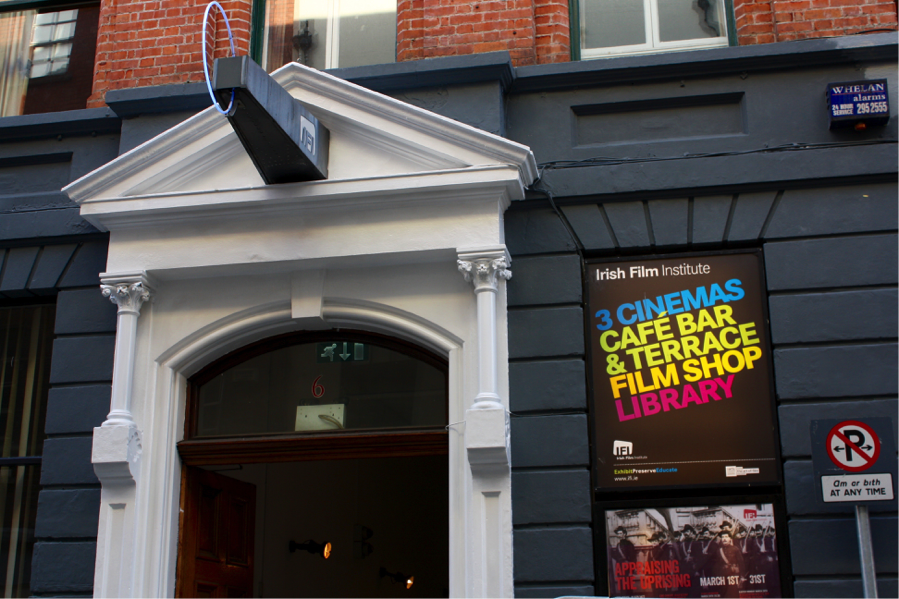 This beautiful park was also a part of the Temple Bar revival project —it was designed to be a helicopter landing site and now is a beautiful hideaway behind the Dublin Castle.

The EU has also invested heavily in Dublin’s light rail system, which is integral to the city. It invested over 42 million euros in re-vitalizing Dublin’s public transportation, creating the red and green lines still in function today. Below is a photo is of the Green Line station by St. Stephen’s Park. 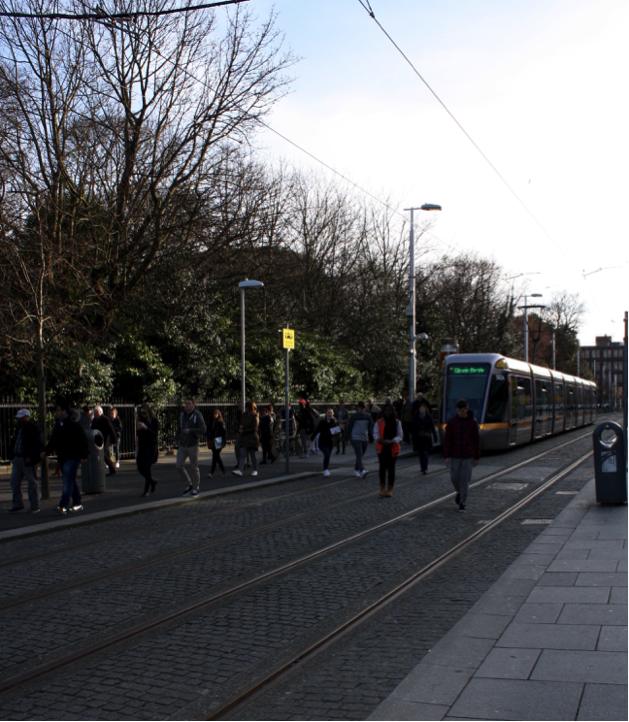 The EU has funded many other less-photographable initiatives in Ireland, the full list of which can be found here. The European Commission also boasts major growth in Ireland since its ascendance to the EU, including a 90 times increase in trade, 700,000 new jobs and an increase in foreign investment from 16 to 30 million euros.

The Eurozone’s large impact in Dublin and the rest of Ireland further reinforces the irony of its independence. Yes, the country has technically been autonomous for nearly a century, but without money and services from the EU, it is unclear as to whether it could support itself. It can even be argued that Ireland wouldn’t exist independently without the 85 billion euro bailout it received from the European Central Bank in 2010. So while Ireland spent this past Easter celebrating 100 years of its independent rule, it should also give thanks to its friends in the EU for its current economic success.