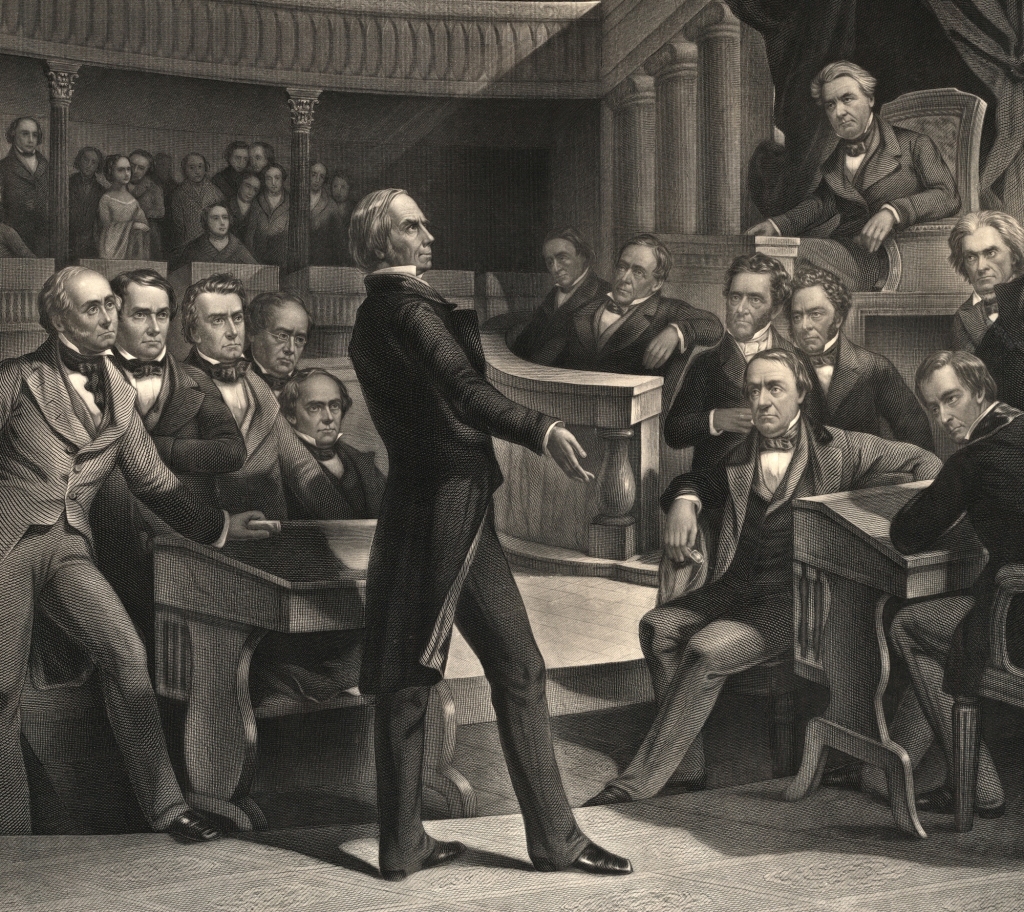 Most Americans associate the term ‘American System,’ with their high school’s Advanced Placement United States History class. This is unfortunate, since this institution of the past ought not be seen as an antiquated relic. It ought to be seen, rather, for what it was and is—a series of crucial, controversial investments critical to the growth and consolidation of the American nation, as fundamental to our heritage as the National Anthem, the American Flag and the US Constitution itself. Without the national economic system expounded by Henry Clay, John Quincy Adams and Abraham Lincoln in the mid-19th century, America would not be the America we know today.

The American System was premised on a deceptively simple idea—the American republic would be more sustainable if it were stronger, and therefore its economic strength should be encouraged. Statesmen facilitated its growth through a series of wealth-creating policies that encouraged dynamic industrialism to take root within the United States, and align its interests with the government’s. These policies, in Alexander Hamilton’s prototype of the American System, included federal support for domestic industry through subsidies, the establishment of a National Bank for the maintenance of sound public credit and intensive government funding of new, innovative technologies.

Henry Clay formalized the American System in the Antebellum period, working with statesmen such as John Quincy Adams and Daniel Webster to establish a program of high tariff walls to protect domestic industries, the defense of the National Bank from the Jacksonian forces opposing it and the public funding of internal infrastructural improvements like canals, toll roads and early railroads.

But it was Abraham Lincoln who wrought the permanent American System out of the carnage of the Civil War. His unification of the divided American nation coincided with an ambitious program, including the Homestead Act, the National Banking Act, the Railroads Act and the Morrill Land Grant Colleges, to create a truly national, continental American economy. United, free and industrializing thanks to the efforts of Hamilton, Clay and Lincoln, the United States was set for power on the world stage.

The powers of industrialization quickly brought this system into question, as greater availability of industrial jobs and the rise of industrial-scale farming drove families off of their farmlands into the Chicagos and Pittsburghs of America. The innovative system brought about its own disruption and obsolescence. But that was – and is – the beauty of the American System. Nothing works for more than a few decades, if even that long, before it needs to be renewed. So it was towards the end of the 19th century, and so it is with the broader American political economy. Rising plutocracy inspired the rise of the Progressive movement, which accomplished a number of significant reforms. Decades later the New Deal established the next American political economy based upon those reforms, a latter-day American System of its own.

Yet it seems that that system has since decayed. Keynesianism today is mostly good for throwing money at failing projects like the programs of Lyndon Johnson’s Great Society, while the libertarian Austrian School and supply-side ‘Friedmanism’ are more knee-jerk responses than truly effective economic doctrines. Perhaps it is high time to observe the successes of past American Systems – including that half-Keynesian, half-Hamiltonian batch of programs called the New Deal – to find insights for our present economic state from which we can craft a coherent plan for our economic future.

First, the next American System must return to a focus on a structurally sound and effective national infrastructure, which should be conducted primarily at the local level through bond funding and similar programs. This should entail the linking of all components of the infrastructure through a locally run, though centrally monitored, digitized grid. These components include, but should not be limited to, telecommunication services, the national road system, the water management system, all forms of energy generation, the electric grid and the hi-tech IT sector.

Second, the next American System must strive to cultivate industrialism in the United States—in this case, to return to manufacturing in a mixed economy featuring a hi-tech information-industrial sector rather than a primarily service and finance-based economy (though these will invariably still be there, just not dominantly).

Third, the next American System must feature a renewed emphasis on technological innovation through heavy funding for infrastructure, subsidization of universities and labs, and a robust space program. In some ways, this new system will have to look very much like America’s postwar innovation system headed by Vannevar Bush, Chairman of President Truman’s National Defense Research Committee.

There are other areas that can and ought to be worked on to make this broader program work. Most immediately troubling are the necessity for re-regulation of the financial sector and the need to do something about currently unprecedented levels of plutocracy at every level of government. There is a huge international component to this program, as a US returned to manufacturing would fundamentally alter the nature of the international economy, perhaps even sparking a trade war with China. Questions of federalism loom, and the social consequences on the middle class – not to mention the underclass – are yet unknown.

But most critical to a rejuvenation of the American School of Economics is a reform of economic thought itself. Hamiltonian nationalist capitalism combines the libertarian faith in the free market with the tempered understanding that every market is, in the last measure, a creation of government rather than the natural state of society. Balanced budgets and fiscal prudence must accompany energy and vigor in the public sector. A 21st century nationalist capitalism would inevitably support greater competition and greater consumer choice than the present Keynesian model allows, but it would also feature government support for certain industries, government investment in public infrastructure and massive government funding for technological innovation. In this way, nationalist capitalism would wind up being both pro-big business and pro-big government—an absolute paradox in today’s Manichean dichotomy of economic thought.

But this paradox would benefit the common man and the striver, the middle class and the entrepreneur, the industrialist and the professional, the service-giver and the consumer—a true harmony of interests exists in the nation, and it would be best oiled by policies of the Hamiltonian persuasion. This persuasion would make for the best possible economic philosophy moving forward. This is the American School of Economics.

To break out of the intensifying boom-bust cycle that has always characterized capitalism, but which has particularly characterized unfettered American capitalism in the last four decades, to recover a basic economic sovereignty for our nation in a globalized world, to rejuvenate the power of American innovation and renew the American Dream, it is necessary that we abandon the tired, Keynesian, Friedmanist and libertarian paradigms of economic thought. The economic tradition of Alexander Hamilton, Henry Clay, Abraham Lincoln and by extension that of Friedrich List, Henry Carey and Joseph Schumpeter is what made America rich and can make it rich in the future. The American School is the best school to lead America into the Information Age, and perhaps the next Space Age, through the timely improvements and timeless principles of the American System.