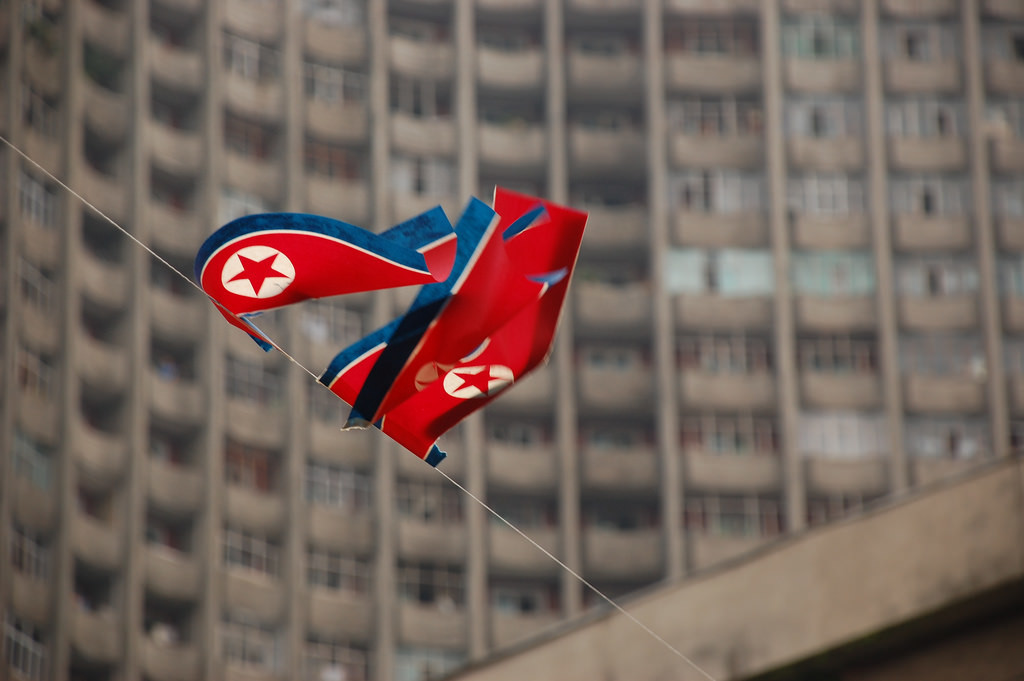 At the Seventh Congress of North Korea’s ruling Workers’ Party—the first meeting of its kind in 36 years—Kim Jong-un declared that his state would use its “strong nuclear deterrent” as a means to continue its commitment to nonproliferation. But this strategy of pursuing nonproliferation by building up a nuclear arsenal seems contradictory, especially considering the fact that North Korea has refused to adhere or sign onto numerous nonproliferation agreements since the inception of its nuclear weapons program. Even more, the US, which North Korea cites as its greatest enemy, has a much stronger nuclear arsenal and defense infrastructure, which has already been put in place in response to North Korea’s recent tests. So why is North Korea deterring by these means?

Many think Kim Jong-un’s strategy follows the theory of diversionary war. One could argue that Kim Jong-un is pursuing this aggressive nuclear weapons development plan in order to distract North Koreans from the current state of domestic affairs, marked by desolate economic conditions that have led to a chronic food emergency. As assessed in a study by Jeffrey Pickering and Emizet Kisangani, diversions are a last resort taken only by states in the most dire of situations. Perhaps North Korea, an ostracized and embattled nation, fits this bill. However, the same study suggests that mature autocracies like North Korea are unlikely to divert because their leaders rule with an iron fist. Even if there is internal unrest due to terrible domestic conditions, the leader can use force to suppress any objections to his regime. The study also shows that regardless of regime type—whether democracies or autocracies, new or mature—leaders rarely divert because of economic problems.

Instead, North Korea’s nuclear strategy is better described by two interrelated security theories traditionally used to explain why the rational bargaining model breaks down: the fundamental attribution error and the prospect theory. [2]

Based on psychological principles, the fundamental attribution error (FAE) focuses on the difference between situational and dispositional factors. [3] Actors justify their own actions as cause to situational factors—North Korea tested its alleged hydrogen bomb in January as a measure to “firmly protect the sovereignty of the country… [from]US-led hostile forces,” thus a response to the threat it perceives from the West, what it would call the situation of world politics. But actors assume others’ actions are caused by dispositional factors—to North Koreans, the US is a threat because of its inherent aggressive disposition, thus the US’s nuclear arsenal would not be a defensive measure like their own but rather a power move used to show the US’s hubris. In essence, the FAE emphasizes division—a Manichean “us” vs. them” attitude—where the other side’s actions are construed as selfish and most often, aggressive.

And this dichotomy is supplemented by another, the difference between a domain of gain and a domain of loss, as described by the prospect theory. [4] Those actors in a domain of gain—strong players in world politics like the US—are less willing to take risks; these actors are risk averse because they are happy with the status quo. Conversely, actors in a domain of loss—weaker world powers, often developing or non-Western states—are more willing to take risks; these risk-seeking actors do not like the status quo and are thus willing to risk its disintegration with the hopes of improving its current state.

So because of the FAE, Kim Jong-un did not uphold or sign onto various nonproliferation agreements, his distrust of America only exacerbated by the lack of US concessions in these negotiations. And he was willing to instead build up a nuclear arsenal as a deterrent despite America’s power measured in nuclear terms—and not to mention its power when combined with all those states against a nuclear North Korea—because not only is North Korea in a domain of loss, but Kim Jong-un himself has a high risk propensity. He wants to change his state’s weak power position in the world, as demonstrated in his strategy of byungjin, or “parallel advance,” his aim to simultaneously build a robust nuclear program and pursue rapid economic development. The North Korean leader aims to be an equal power at the table, a state that cannot be ignored because of its nuclear weapons stockpile or its dire domestic situation.

While the FAE and prospect theory are able to explain North Korea’s current deterrence strategy, it is unlikely that North Korea will be able to pursue a similar strategy indefinitely: the state’s economic situation will only worsen, especially if it continues to spend critical funds on an expensive nuclear weapons program. Kim Jong-un’s byungjin strategy is essentially illogical. It calls for continued nuclear weapons development that will only result in greater international sanctions than those implemented by the UN in March. But these sanctions mean a reduction in food aid, making it that much more difficult for economic recovery and development. Ultimately, the two elements of the byungjin strategy cannot occur simultaneously; it is only a matter of time before Kim Jong-un’s pro-risk strategy crumbles under the weight of economic destitution.

[1] Pickering, Jeffrey and Emizet Kisangani. “Democracy and Diversionary Military Intervention: Reassessing Regime Type and the Diversionary Hypothesis.” International Studies Quarterly 49 (2005) : 23-43. Print. [2]  According to this theory, because war has costs, it is puzzling that rational actors would choose to go to war instead of come to an agreement (within the bargaining range) as an alternative. (Fearon, James D. “Rationalist Explanations for War.” International Organization 49.3 (1995) : 379-414. Print.) [3] Khaneman, Daniel and Jonathan Renshon. “Why Hawks Win.” Foreign Policy 158 (2007) : 34-38. Print. [4]  Jervis, Robert. Perception and Misperception in International Politics. Princeton: Princeton University Press, 1976. Print.

Jamie Kwong is an International Relations major at the University of Southern California. In 2015, she studied France’s role in the EU at the American University of Paris while conducting field research on French immigration, climate change and business. In addition to pursuing these studies, she is a research assistant to Patrick James on his Near Crises in World Politics project. Jamie’s other areas of interest include US-China relations, European Security and Foreign Policy, and Sino-French relations in the former French West Africa. At USC, she received the First Year Experience Award in recognition of her active leadership as president of the Alpha Lambda Delta Honors Society, Executive Vice President of the Panhellenic Council, co-founder and vice president of Hapa SC and director of membership events of Society 53. Jamie joined Glimpse from the Globe as assistant editor in May 2015.