Trending:
You are at:Home»Regions»Americas»The Globe and Pear: Grand Strategy on Terror
By Luke Phillips on September 21, 2016 Americas, Defense and Security, Middle East and North Africa, Podcasts 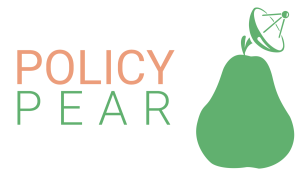 Policy Pear President Lina Abisoghomyan and Glimpse From the Globe Senior Correspondent Luke Phillips sat down to discuss overarching American grand strategy in the War on Terror, referencing “Bringing and End to the Forever War” at War On the Rocks. Should counterterrorism focus on alleviating the conditions leading to terror (nation-building,) or on tactical strikes against terrorist forces (containment)?

The views expressed by the authors do not necessarily reflect those of the Glimpse from the Globe staff, editors or governors.