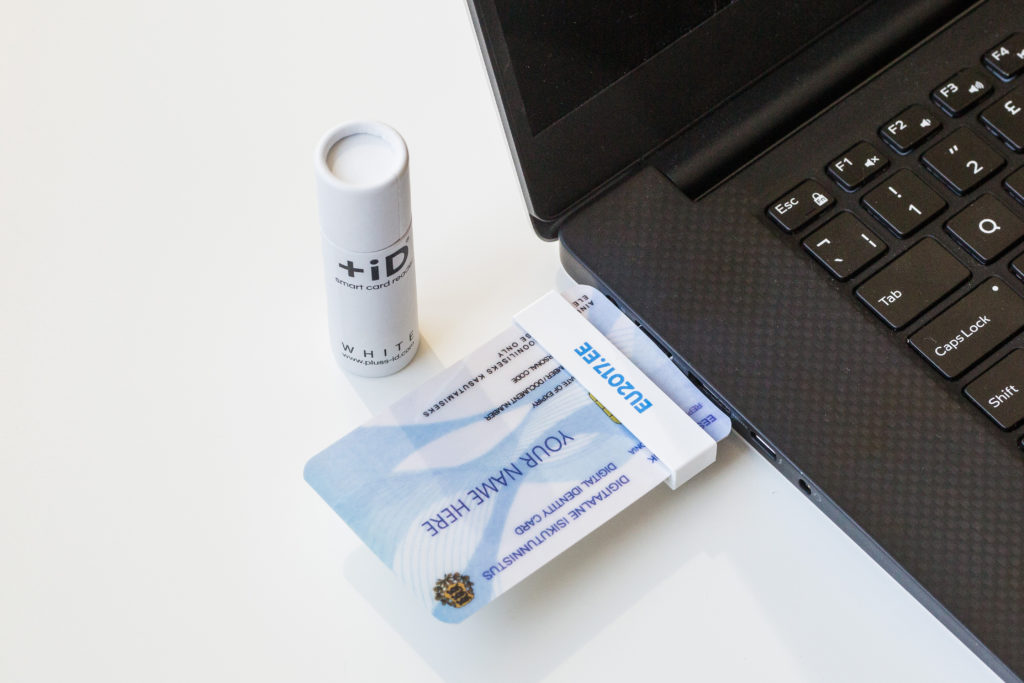 Almost all of Estonia’s 1.3 million citizens have a digital ID card that secures citizens’ access to online services such as e-Tax, i-Voting, e-Banking and e-Health. (EU2017EE Estonian Presidency/Wikimedia Commons).

Six years after gaining independence from the Soviet Union, Estonia launched its Tiger Leap project in 1997, immersing its society into a period of rapid economic development and digitalization. Today, 99 percent of public services are available as e-services. Almost all of Estonia’s 1.3 million citizens have a digital ID card that secures citizens’ access to online services such as e-Tax, i-Voting, e-Banking and e-Health. Yet, Estonia’s digitalization has not been confined to its borders; the e-state is committed to the creation of a global digital society.

Estonia launched its e-residency program in December 2014, allowing people all around the world to run their own EU-company from the comfort of their home. E-residents receive access to countless digital and financial services to help them run their global business securely online. A digital identity card assigned to them by the Estonian government allows them to securely make transactions and sign documents abroad. Applicants need only submit required documentation and 100 euros to become e-residents.

However, one limitation is the lack of locations for accepted applicants to pick up their e-residency kits and digital ID cards, with generally only one pickup location per each of the 38 countries included on their pick-up map. There are no pick-up locations available in South America and only one location on the African continent in Cairo, Egypt.

Yet, Estonia is prepared to make e-residency more efficient and accessible. Estonian President Kersti Kaljulaid unveiled the E-Residency 2.0 White Paper in December 2018 which lists recommendations for an upgraded version, e-residency 2.0. The white paper includes plans for “opening outlets where external service providers would be able to issue e-residency digital IDs, in addition to the current network provided by Estonia’s foreign representations.”

Specifically, the e-residency program is aiming to expand their digital ID pick-up scope to Sao Paulo, Bangkok, and Johannesburg. The white paper also states its goal to diversify the e-residency community by finding ways to attract more female entrepreneurs. Estonia’s dedication and ongoing success in advancing its e-residency and other e-programs has distinguished the nation-state as a global digital leader, placing it first on the 2019 International Innovation Scorecard list.

Nevertheless, Estonia’s digitalization has not been without obstacles. Estonia faced a debilitating cyber attack beginning on April 26, 2007 after a dispute with Russia over the Bronze Soldier, a controversial statue erected in the city of Tallinn during Soviet Occupation of Estonia. After the Estonian government decided to move the statue from the center of the city to a cemetery on its periphery, Estonia fell victim to a Distributed Denial of Service Attack. This type of cyber attack floods websites with spams and automated requests with the aim of barring the general public from accessing online services. The cyber attacks, which came in waves for the next three or so weeks, shut down various Estonian media, banking and government sites. The attacks were linked to various Russian IP addresses, yet the Estonian government was not able to prove the attack was directed by Russian government authorities. Nevertheless, the Estonian government skillfully handled the cyber attacks and learned tremendously from the crisis.

Since the major cyber attacks in 2007, Estonia has been recognized by the international community for its proficiency in cyber security and defense. Estonia now advises many nation-states on cyber security and even has formal agreements with Austria, Luxembourg, South Korea and NATO that focus on training and cooperation in the field. The small country’s digital niche makes them an attractive candidate for the non-permanent seat on the UN Security Council for the 2020 to 2021 two-year term. Estonia aims to use their digital expertise to contribute creative solutions for how the Security Council can tackle cybersecurity and artificial intelligence issues. The Estonian ambassador to the United States, Jonatan Vseviov highlighted Estonia’s goal of shaping international cyber laws through the UN Security Council while speaking to Fifth Domain at Cybercon 2018 in Pentagon City, Virgina. Vseviov emphasized the need for official international laws surrounding cyber activity, stating “if it’s not okay to violate somebody’s sovereignty in the physical world, it’s also not okay to do that in the digital world.” Yet, before Estonia can bring their digital expertise to the UNSC, they must first garner more votes than their opponent in the race, Romania. Estonia will need votes from at least 129 of the 193 states when the UN votes on the seat on June 8, 2019 in order to be elected. If they succeed, the UNSC could provide Estonia with an outlet to increase their influence in the international community and encourage multilateral approaches to cyber security issues.

Carmen Santiago-Urbauer is a sophomore at the University of Southern California majoring in French and International Relations and the Global Economy, while following a pre-law track. Born and raised in Puerto Rico, she is especially interested in the economic and social development of countries with a colonial history. She is fluent in Spanish and currently studying French, expanding her interests to the relations of french-speaking countries in Africa and Europe. She is particularly excited to write about international organizations such as the World Bank, IMF, and WTO, and how these will adapt to a changing balance of power. She also hopes to highlight the innovation and expertise of specific countries.